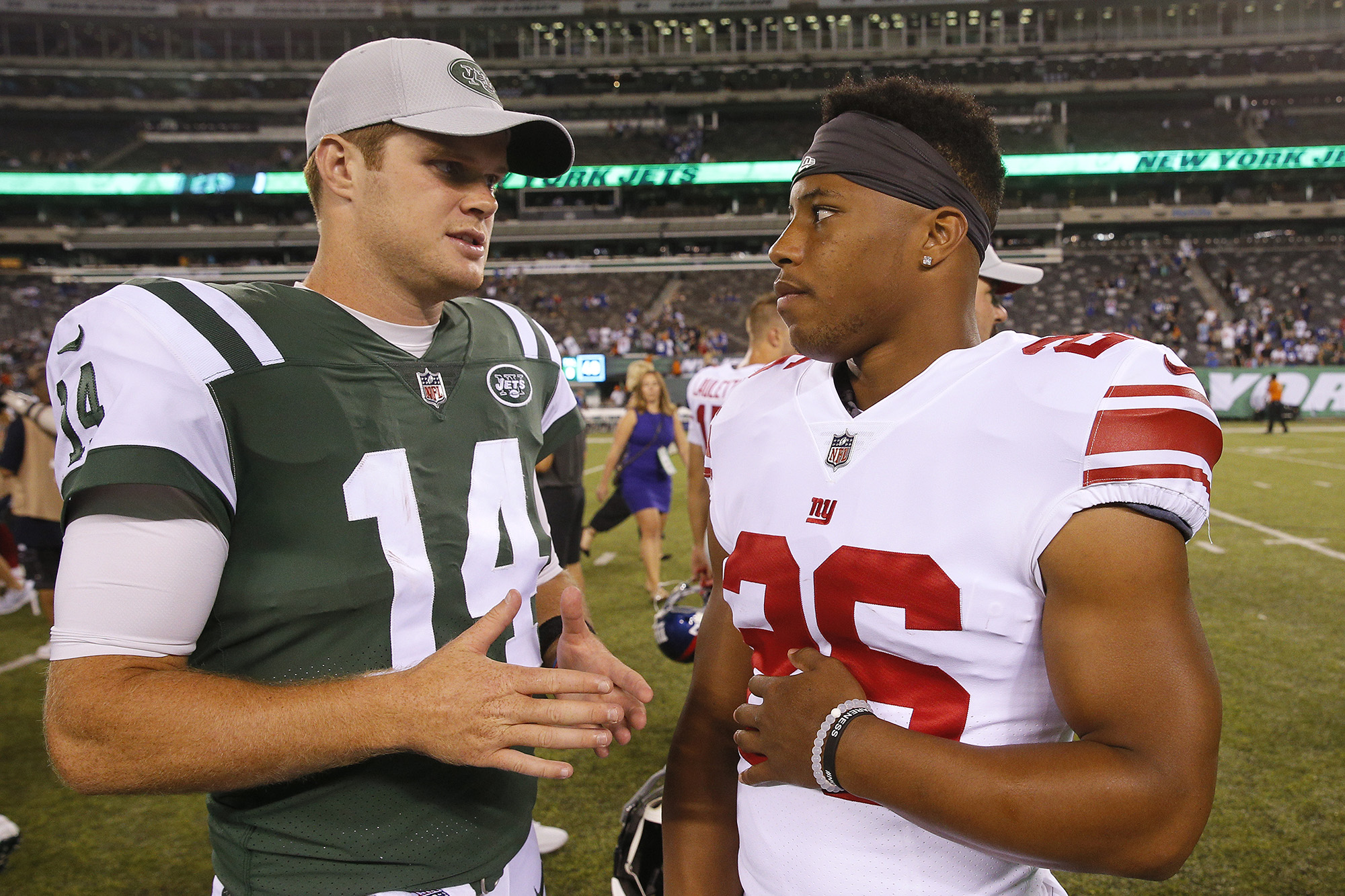 Saquon Barkley and Sam Darnold will always be linked after the Giants picked Barkley second overall in the 2018 NFL draft, bypassing Darnold, who went one spot later to the Jets.

Now the two are working out together in California, as evidenced by a four-second clip on Instagram from Tuesday.

The footage, posted to the Instagram story of quarterback trainer Devin Quinn, shows Darnold throwing a pass to Barkley in the end zone.

Panthers running back Christian McCaffrey was also shown at the workout, which was held at UCLA.

The Giants’ selection of Barkley was questioned at the time of the draft, since they also needed a quarterback and Darnold was available.

The pick looks even more questionable now. After a brilliant rookie season, Barkley struggled with injuries and was limited to 13 games and his total yards fell from 2028 to 1441 last year in another lost Giants season.

Darnold, meanwhile, showed signs of improvement a year ago.

The Giants took Daniel Jones sixth overall a year ago and he had a promising first season.

Like the rest of the sports world, the NFL is dealing with the fallout of the COVID-19 pandemic, which has altered the league’s offseason workout schedule.

However, both Darnold and Jones recently led workouts with teammates in Florida and Texas, respectively.