SECRET SCOUT: Wolves youngster Ryan Giles has an attitude as strong as his left foot… but must fill out to compete at the top level of English football

By The Secret Scout For The Daily Mail

Our scout is a top football expert who attends matches each week searching for the next star. He’ll bring you his verdict in Sportsmail.

This week, attacking full-back Ryan Giles is under the microscope. The youngster is showing his capabilities with Coventry City, on loan from Premier League outfit Wolves.

With many desirable traits in his locker and now getting plenty of game-time under his belt, Giles is starting to turn a few heads. Here’s how the pass notes of the Secret Scout are looking… 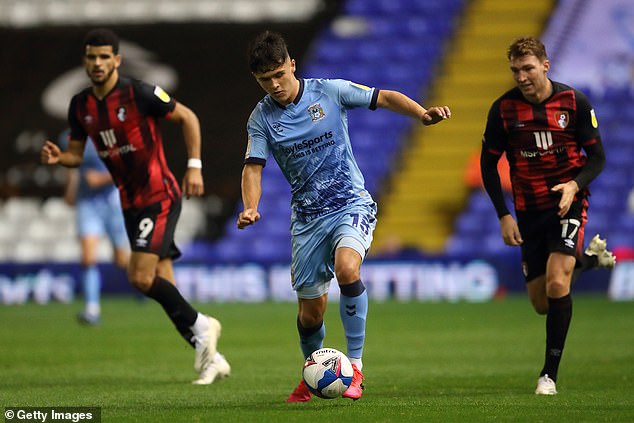 Wolves youngster Ryan Giles, on loan at Coventry, is under the microscope of the Secret Scout

CLUB: COVENTRY (ON LOAN FROM WOLVES)

WHAT HAS HE GOT?

Coventry is the perfect team for this loanee and Wolves will keep a close eye on his progress at a club that is back in the Championship after an eight-year hiatus. Giles has a strong left foot and looks as though he has an attitude to match.

Playing as a left wing back in a system that suits his ability to time runs into attacking areas, he knows how to take advantage of opportune moments.

After a crossfield ball was played with accuracy to his team-mate in a more advanced position, Giles began his forward run to join his wide man. In a flash he was making an overlap. He is not the most powerful — though he held his own when fighting to keep a strong and speedy opponent at bay. 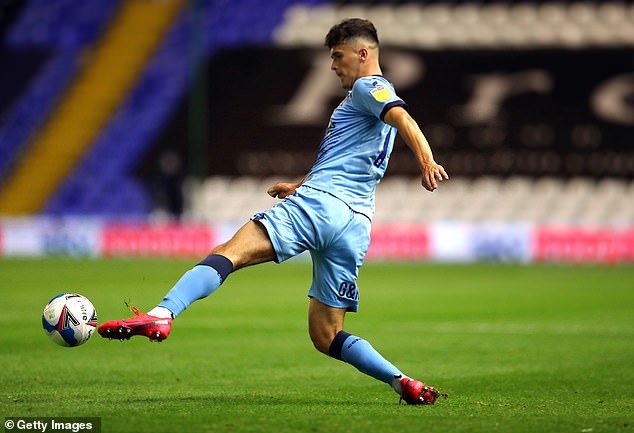 On a one-two he ushered the same forward to one side with his body, doing just enough to stop him getting the half-yard he needed to cross the ball. In the first half he took every opportunity to force his wide opponent back and, in doing so, became an auxiliary left midfield player who had to be tracked.

He crossed brilliantly from the byline — when he seemed to be running out of room to stand the ball up — for a far-post header.

WHAT DOES HE NEED?

Giles is no slouch but does not have electric pace. He will fill out more physically even though he is already fairly tall.

The more he plays at this level against men the more he will adjust and gain the body strength he needs to resist more physical players.

In the second period he went forward less and played slightly deeper, closer to his back three. It seemed to be a tactical decision.

In that area he challenged well and won a couple of tackles. He will only improve with more regular football.

'That for me is fantastic': Jose Mourinho reveals Tottenham players are 'unhappy' with Chelsea draw

'That for me is fantastic': Jose Mourinho reveals Tottenham players are...
Read more
Sport

A Place in the Sun guest hits back at Jonnie Irwin after ‘noisy’ jibe: ‘Trying to say?'

Linda and Andy enlisted the help of A Place in the Sun’s Jonnie Irwin on Sunday’s all-new episode as they looked to settle...
Read more

In a statement on Twitter, Red Driving School said: “In line with recent government announcements, we will resume driving lessons and in-vehicle training...
Read more

Clara Amfo and Aljaz Skorjanec were told their time on Strictly Come Dancing had come to an end after judges voted to save...
Read more
Load more

A Place in the Sun guest hits back at Jonnie Irwin...