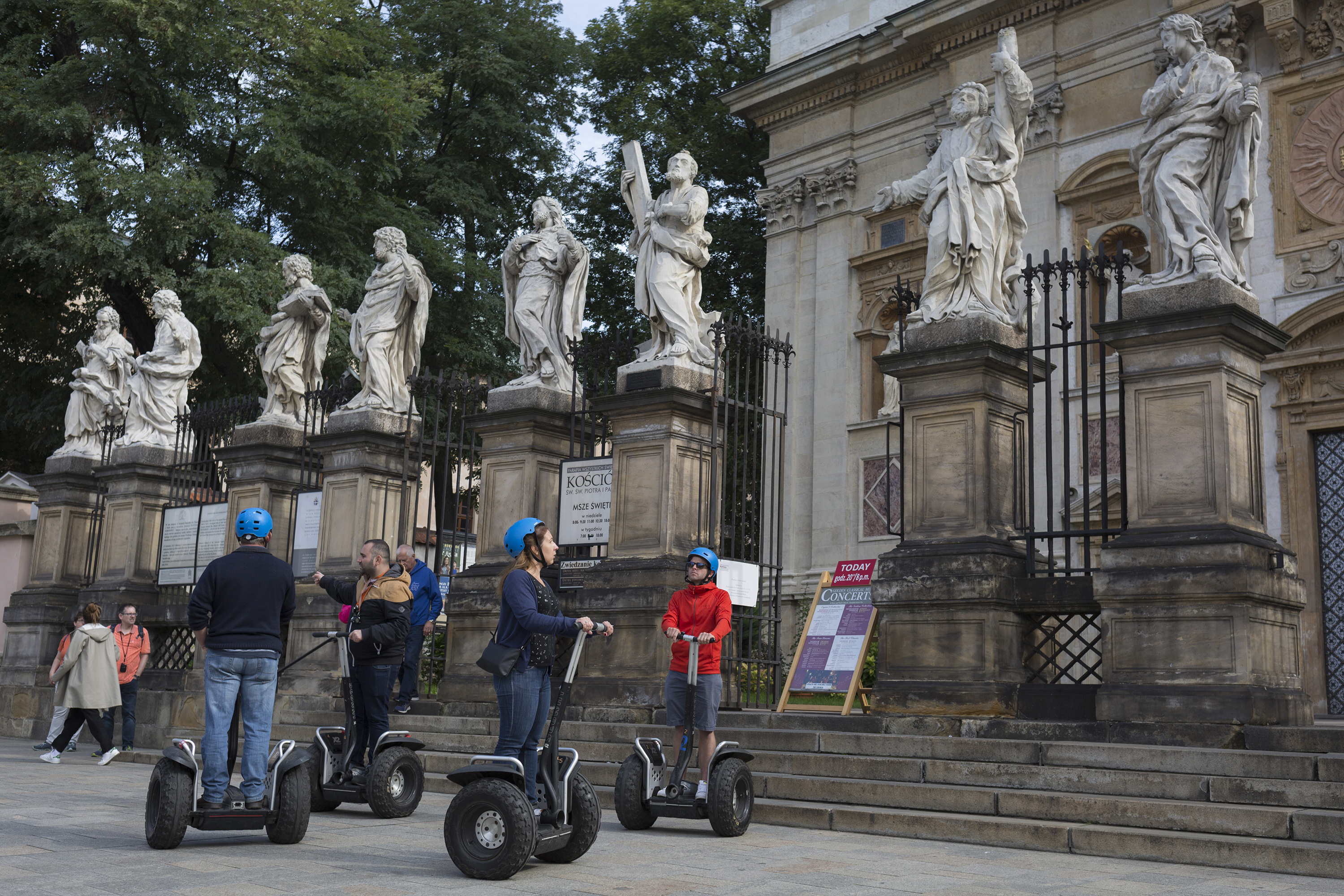 The original Segway is rolling off into the sunset.

Segway is discontinuing its iconic two-wheeled transportation device, the company announced Thursday, putting an end to a nearly 20-year run as the device of choice for tour groups and mall cops.

The company said in a statement to The Post that the impetus for the move was an “over-saturation of the market” for the device, noting that the Segway PT is “an extremely durable vehicle, with many that are 10 years or older still on the road.”

Segway, which introduced its original vehicle in 2001, has in recent years moved on from its original creation, now focusing on other forms of mobility, including electric scooters. The company said that its flagship device last year accounted for less than 1.5 percent of its revenue.

The Segway had a starring role in the hit 2009 film “Paul Blart: Mall Cop,” and made headlines in 2010 after the owner of the company died after accidentally driving his transport off a cliff.

The discontinuing of the vehicle will result in 21 layoffs at the company’s Bedford, NH production plant. Segway said that the laid off employees will be provided with a severance package, and that it will not be closing the facility.