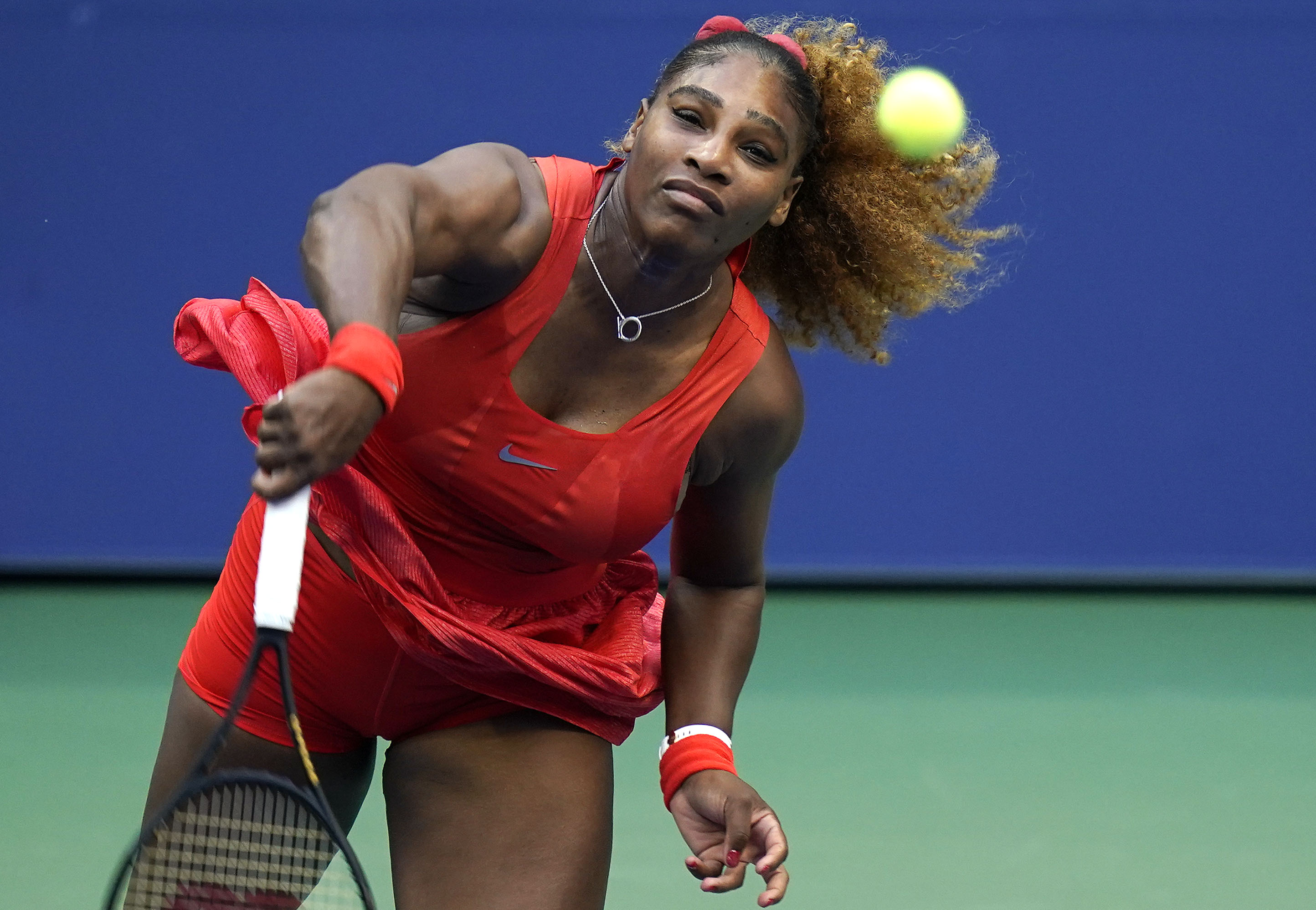 After a shaky start, when she was broken on her first service game, Williams bore down and punished 13 aces to post a 7-5, 6-3, first-round victory over American Kristie Ahn on Tuesday at the fan-less U.S. Open.

It wasn’t completely barren at Ashe. There were about 40 or so people scattered about in the 23,500-seat stadium, including Williams’ coach, Patrick Mourataglu, in the first row behind the baseline, and her husband, Alexis Ohanian.

After losing in the early rounds of two Open tuneups, this was a relieving performance for Williams, who is now six wins away from tying Margaret Court with 24 Grand Slam titles.

Williams captured her 102nd Open match to break Chris Evert’s mark. Ahn, who is from Englewood, N.J., gave Williams a fight for a set before wearing down. Williams is 20-0 in first-round Open matches.

Wearing a black face mask, Williams said on court after the victory: “ I was really happy how I fought for every point. I just tried to get my Serena focus back.’’

There were a few more seats filled for Williams than for any other Ashe match — many of them stadium workers wanting to see the 38-year-old legend.

“It’s quiet but it’s such a big stadium,’’ Williams said. “There’s [fan] screens and it’s a Grand Slam. I still am as passionate and intense out there. I love my job and love what I do. One of these days, it’s going to end, [but] I love being out here.’’

Williams’ sister, 40-year-old Venus Williams, was next up at Ashe Stadium as the first match of the night card.

Serena, was serving at 4-4 in the first set and faced a critical break point at 30-40. She pounded out two straight aces, after which she clenched her fist and then delivered a service winner off the tip of Ahn’s racket.

Williams won 85 percent of her first serves (33 of 39) as Ahn didn’t have enough weapons to counter.

MI6 boss reveals explosive truth about threat from China – ‘We...

MI6 boss reveals explosive truth about threat from China – ‘We...