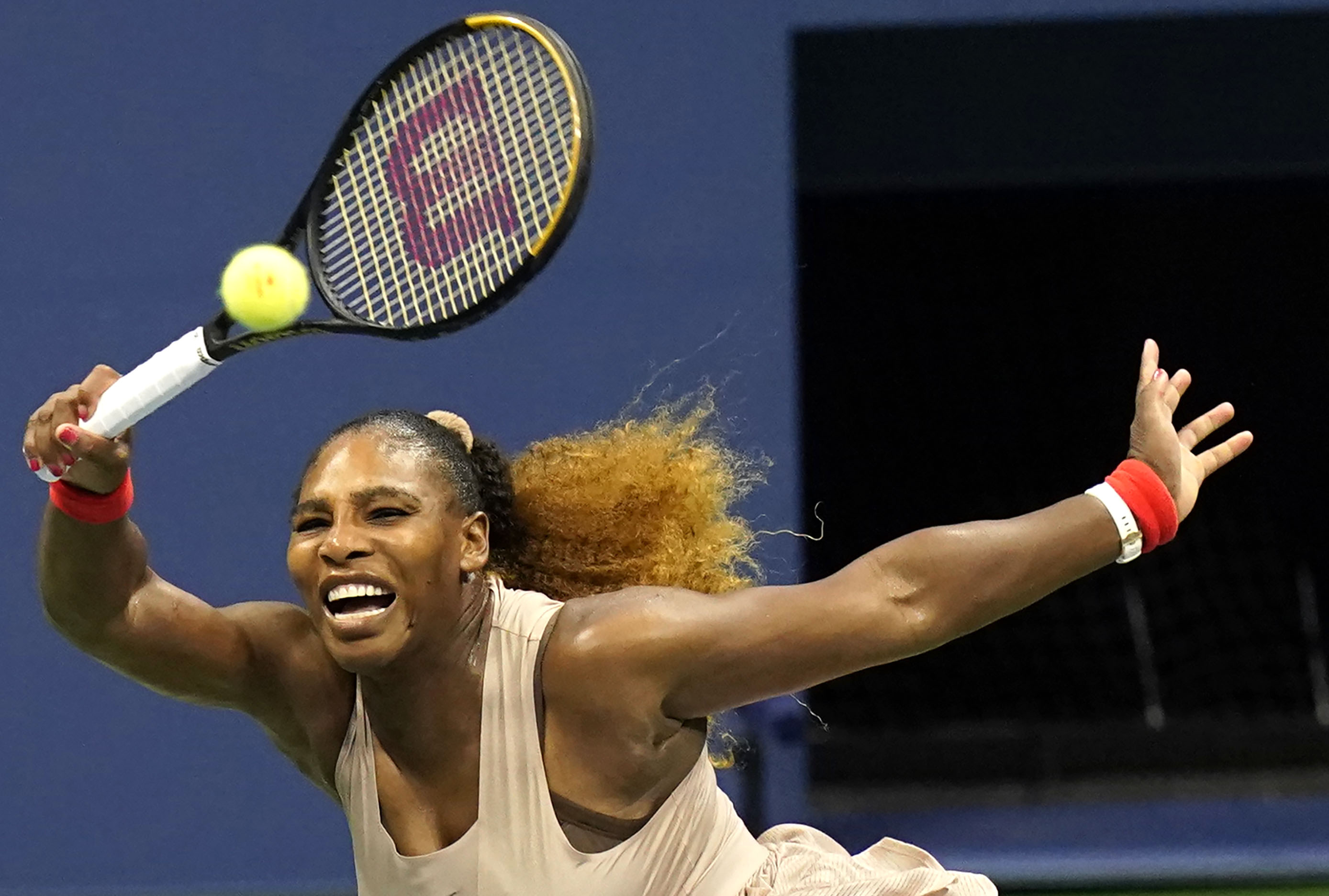 Serena Williams has a big test waiting in the next round of the U.S. Open in Sloane Stephens.

But the 38-year-old is trying to stay mindful of the other opponent that could be standing in the way of her winning her 24th Grand Slam title: Her own frustration.

The third-seeded Williams was able to shrug off any potential exasperation Thursday night, beating the unseeded Margarita Gasparyan 6-2, 6-4 under a closed roof at Arthur Ashe Stadium. It set up an intriguing rematch against Stephens in Saturday’s third round, pitting the two former U.S. Open champions against each other.

“The only thing that gets me flustered is really me, because I always feel like if I’m not winning every point, like, that doesn’t make sense,” said Williams, who has lost in each of the last two U.S. Open finals. “I have been going back and looking at me and that’s not what I normally do. Usually I’m just calm. I just think with the pressure and everything that I’ve felt, I felt like I just needed to be perfect. I always feel like I’m not perfect unless I’m perfect. That’s not a fun way to live your career and live your life.

Gasparyan broke Williams’ serve in three games, but Williams responded by returning the favor and breaking Gasparyan’s serve six times, including the final game of each set. She also recorded 27 winners to just 16 unforced errors to help secure the win.

Still, Williams knows she still has some areas to clean up before facing Stephens for the first time in five years.

“It’s an incredibly interesting match, because she’s actually a U.S. Open champion,” Williams said. “I have a lot of things that I need to go home and focus on and do to get ready for that.”

Stephens, the No. 26 seed, held up her end of the draw to make sure the showdown locked in, beating Olga Govortsova in convincing fashion earlier on Thursday, 6-2, 6-2. The 27-year-old said she was “getting my confidence back,” doing so in timely fashion with a huge matchup awaiting.

“I know if there were fans it would be so lit,” Stephens said. “But no, another good opportunity to play. Thankful that we are playing in this time, just in general. Obviously no fans, the atmosphere won’t be as big, but obviously a big opportunity to play against the greatest player in the world.”

Williams and Stephens have faced off six times, with Stephens winning just once — in the quarterfinals of the 2013 Australian Open. They have not played against each other since the 2015 French Open, but Stephens has often been pegged as a potential successor to Williams, especially after winning the 2017 U.S. Open.

Now, both will be trying to get back on top in the third round Saturday. For Williams, that means keeping perspective in mind.

“I just think how I’m so grateful to be out here and how much fun that I have had, and I just needed to get back into that,” she said. “Once I realized that, it’s been a little bit better.”