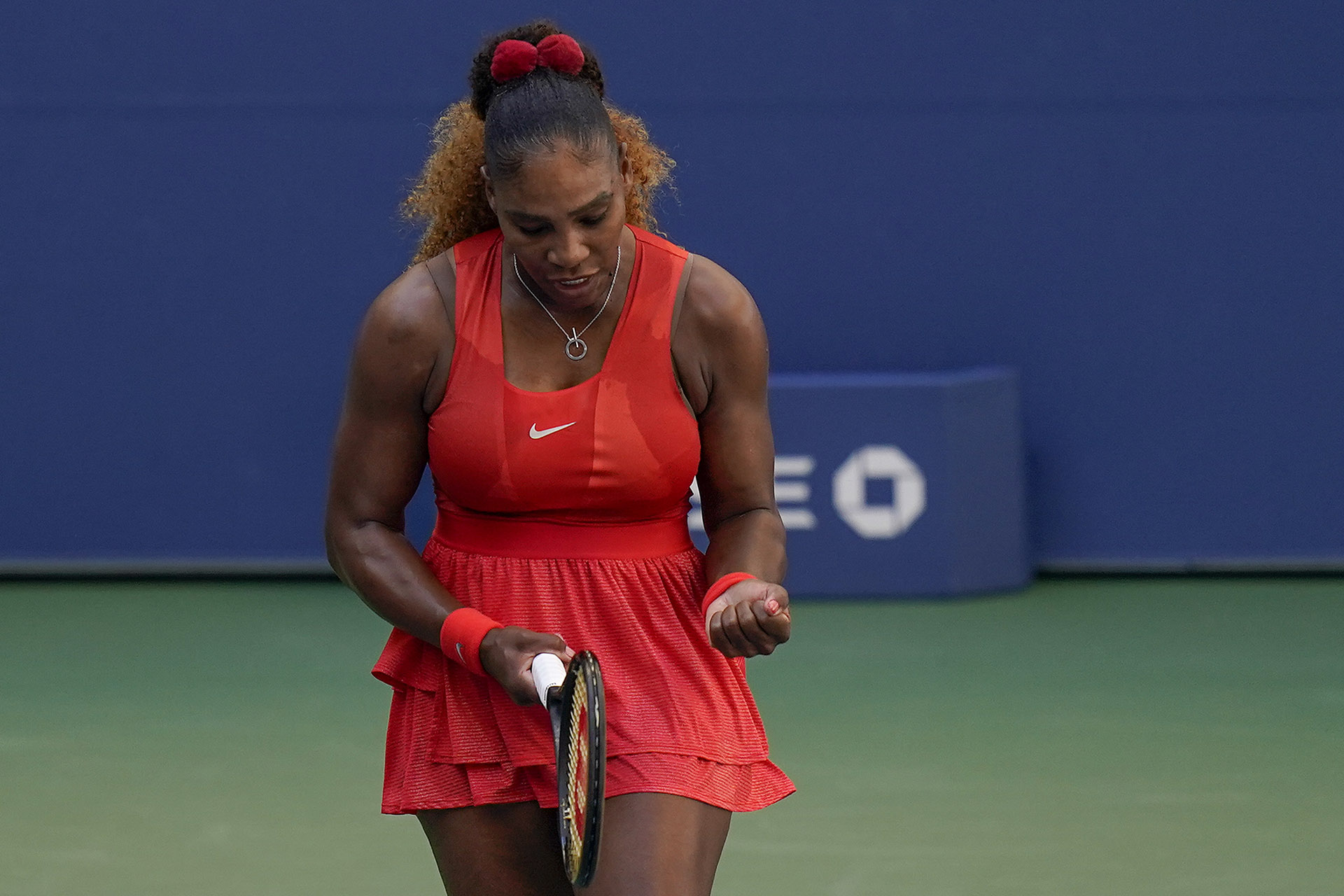 In a non-COVID world, this match typically would have been the marquee attraction for the throngs of roaring fans and celebrities on the first weekend of the U.S. Open.

Serena stormed back from a sloppy first set to continue her march to match Margaret Court’s all-time mark, grabbing a 2-6, 6-2, 6-2 victory Saturday over 2017 champion Sloane Stephens to advance to the fourth round.

The anticipated All-American matchup — their first overall since the 2015 French Open, and only their second ever at Flushing Meadows — started out all Stephens, who seized the first set in just 38 minutes with breaks in the third and seventh games.

The second-seeded Williams, whose first serve connected at just 40 percent in her first two service games, had two break points to get the set back on course down 2-3, but Stephens stormed back from 15-40 to capture the next four points.

Still, Serena found the rhythm with her serve and fought back in the middle set. She also recorded her first two breaks, including a forehand winner at 15-40 in the eighth game to even the match.

Multiple unforced errors by Stephens presented Serena with her first break chance in the final stanza. Williams used a 98 mph ace — one of her 12 in the match — to take a 4-1 lead before breaking again and closing out the match.

Since capturing her 23rd grand slam title at the 2017 Australian Open — then returning from a year off for the birth of her first child, daughter Alexis Olympia — the 38-year-old Williams has appeared in nine majors and reached four finals, twice at Wimbledon and twice at the U.S. Open. She suffered straight-set losses in New York to first-time champions Osaka in 2018 and Bianca Andreescu last summer.

Stephens, 27, defeated Madison Keys in the 2017 Open finals during Serena’s maternity absence. She was ranked as high as No. 3 in the world early in 2019 before inconsistencies over the past year have dropped her to a No. 39 WTA ranking. Her only previous win in six head-to-head matches against Williams came at 19 in the 2013 Australian Open quarterfinals.

In the fourth round, Williams will face No. 15 Maria Sakkari (Greece), who ousted her last week at the Western and Southern Open. That tournament was moved from Ohio to the Billie Jean King National Tennis Center due to COVID-19 concerns.