A west African zoo has been exposed as a zoo of horrors after leaving its animals to suffer in the most horrific way with most of them dying of starvation.

Sickening footage from Ziniare’s Zoo shows emaciated lions on the brink of death at the wildlife menagerie being given food by the inspection team after being left to starve. 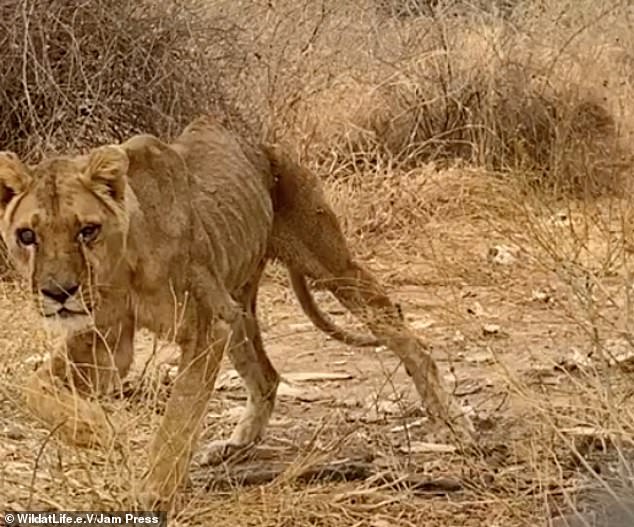 A West African zoo, called Ziniare’s Zoo, in Ouagadougou, Burkina Faso has been exposed for starving its wild animals to death. Pictured: A malnourished lioness at the zoo

The team were horrified to discover dozens of endangered species had been left hungry and weak due to malnutrition – and some animals died due to lack of food.

An exposé video shows the appalling conditions the 47 animals held in the zoo have been left to suffer in, with some on the brink of death.

Four lions, two hippos, two porcupines, dozens of monkeys, a striped hyena, red-necked ostriches, turtles and elks had all been starved for weeks on end and their health is in a ‘dire’ state.

They found four skeletal lionesses on the verge of death with one lioness completely blind left to fend for herself.

When inspecting the porcupines’ cage, the team smelt ‘decay’ as the two animals had been locked away and ‘left to rot’ for weeks. 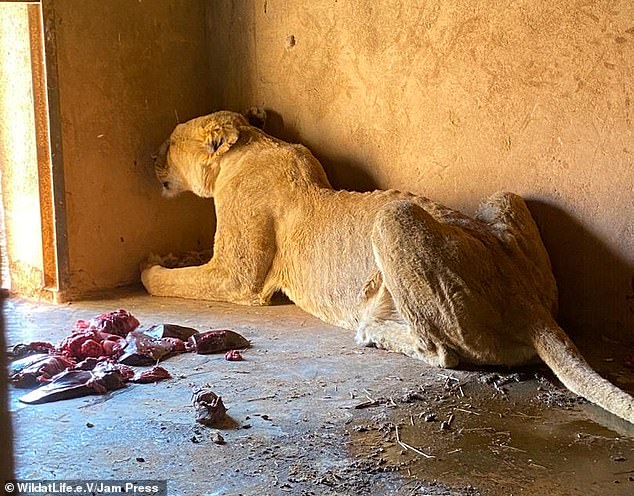 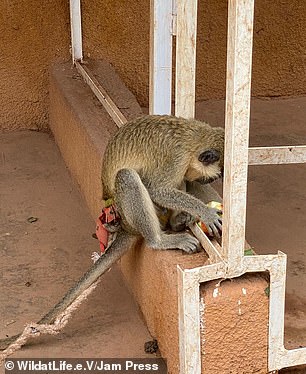 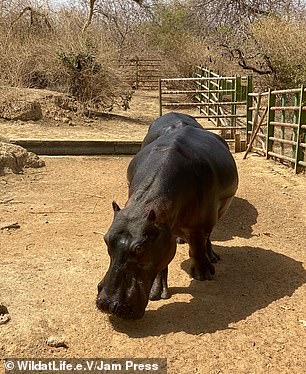 An exposé video revealed the appalling conditions the animals were left to suffer in. Pictured: A monkey (left) and a hippo (right) were some of the 47 animals found at the zoo

The investigation team wrote: ‘When inspecting the porcupines cage, we were met with both of them in the last stages of death, the smell of decay was already present as they had been locked and left to rot to death for weeks.’

Shocking figures from employees in Ziniare’s Zoo revealed that over the last six years, dozens of the animals in the zoo have died of starvation.

WildatLife.e.V, who carried out the exposé, is an international non-governmental organisation based in Germany and working in wildlife conservation, wildlife rescue and rehabilitation.

It has started an urgent fundraiser to keep the animals alive at a cost of £500 a week, which covers food, care and modest salaries for a small staff of eight. 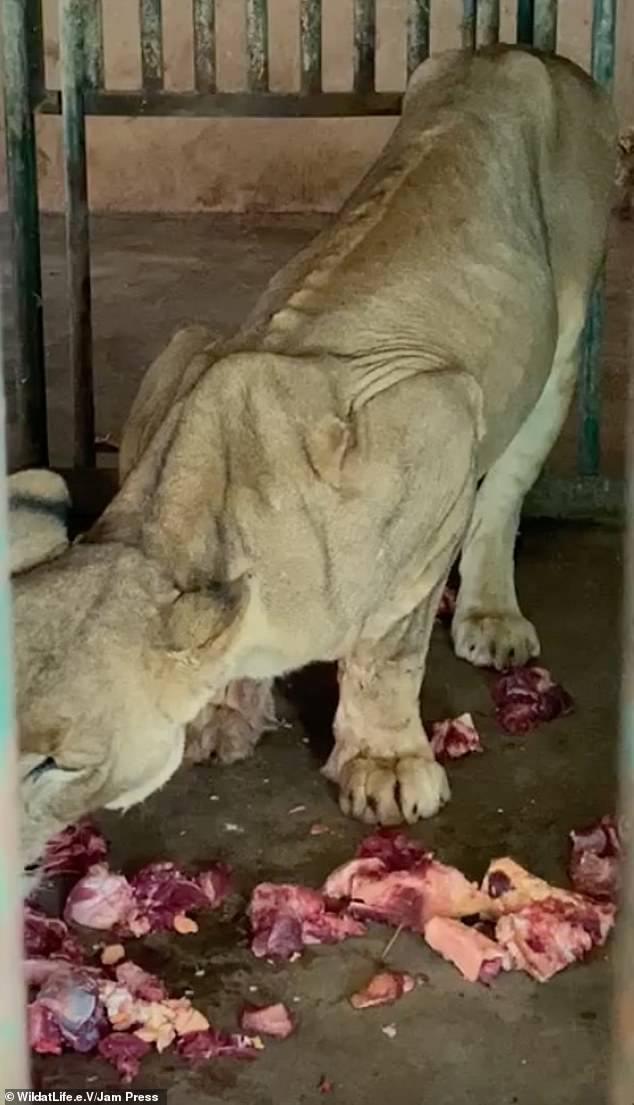 In a shocking revelation from zoo staff, over the last six years, dozens of the animals in the zoo died of starvation. Pictured: An emaciated lion is given food by the inspection team after being left to starve for weeks

The team also hope to get The Association of Protection for fauna and Flora in Burkina Faso to implement an emergency takeover and turn the zoo into an ethical wildlife sanctuary.

In a statement WildatLife.e.V said: ‘The remaining 47 wild animals are now being fed and tended too, and we are working with a small foundation in Burkina Faso to turn the horror of a Zoo into an ethical Sanctuary.’

Burkina Faso is in the middle of a humanitarian crisis spanning Africa’s central Sahel region with parts of the country ‘one step short of famine’.

The U.N. announced nearly one billion dollars pledged by donors to help some 10 million people in Burkina Faso, Mali and Niger for the remainder of this year and through next year.

The funds will go towards with nutrition, food, health services, water and sanitation, shelter, education, protection and support to survivors of gender-based violence.

Polyamorous man who wants to get both of his wives 'pregnant...
Read more
Load more