Sniffing acts as an important tool in the art of conversation and is used to indicate the end of a thought or the approach of a difficult subject, researchers claim.

Research by the University of Basel, Switzerland, focused on the sharp audible intake of breath through the nose, rather than sniffing as in smelling something.

The team, led by Elliot Hoey, examined more than 70 transcripts of personal conversations that included conversational sniff sounds from a variety of sources.

Hoey found from listening to various conversations that sniffing was ‘intimately bound up with the production of talk’ much like the gasp, laugh or sigh.

The recordings used in this study were all recorded with full consent of the people being recorded and included family meals and even Watergate phone calls. 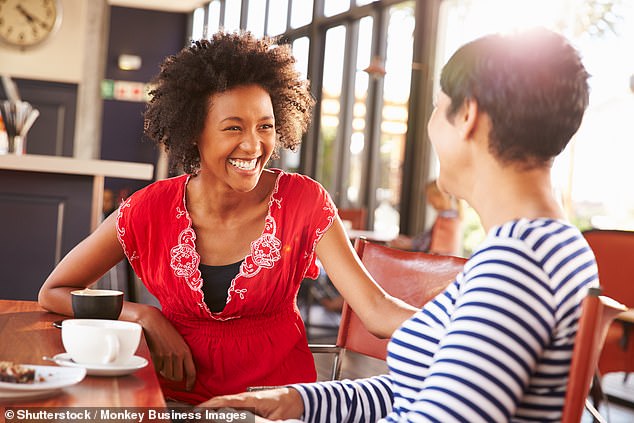 Research by the University of Basel, Switzerland, focused on the sharp audible intake of breath through the nose, rather than sniffing as in smelling something

‘The recordings came from casual conversations between family, friends, and intimates,’ said Hoey, adding the transcripts all mentioned a ‘sniff’ sound.

‘The remaining three cases appeared in a Watergate telephone call, a workplace meeting, and a doctor-patient interaction.’

In all cases the recordings were of ‘normal conversations’ and showed that there were distinct sniff uses that came up frequently.

Hoey said the simplest form of sniff used in conversation was ‘the closure’ which often happened at the end of an anecdote to show the conversation can move on.

Others weren’t as obvious. For example one type of sniff was used to suggest the speaker was about to say something critical to the person listening.

Another type of sniff was used to indicate thinking.

‘You can’t sniff while you’re speaking’, said Hoey, adding that it could be used to ‘hold the floor’ mid-conversation while you get you gather your thoughts.

Hoey says this was particularly evident in one recording where a man is dumping his girlfriend – there’s a ‘sniff’ between saying ‘I feel really bad’ and giving his reason.

‘Had he produced a reason for breaking up with no display of difficulty, he could be seen as glib or insufficiently sympathetic,’ Hoey wrote in the paper.

‘But by arresting the forward progression of that action, he exhibits it as difficult to formulate.’ He went on to say ‘we don’t have much in common’.

The whole process of sniffing mid-conversation is an ‘unconscious behaviour’ according to Hoey, who told the times it is something people see when it happens.

‘It has the nice quality of being ignorable and, indeed, often ignored, but sniffing is also the subject of etiquette manuals and complaints or nasty looks at people who ‘sniff too much’ or who are ‘always sniffing’,’ he said. 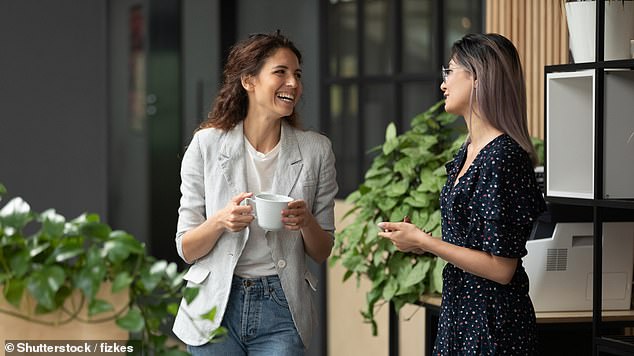 the team found from listening to various conversations that sniffing was ‘intimately bound up with the production of talk’ much like the gasp, laugh or sigh

Hoey’s findings suggest that sniffing is an orderly alternative to speaking—orderly in that it is understood to mark the end of a point in the conversation.

‘Based on its placement in the course of action underway, a sniff can be heard as a display of not currently speaking, just finished speaking, not going to continue, or not speaking right away,’ the researcher said.

He said we have to breathe and so sniffing is always permitted in society.

‘Sniffing audibly broadcasts one’s presence, acknowledges co-present other(s), and discreetly advertises no intention to engage—for example, the sniff heard from a stall in a public restroom when someone else enters,’ he said.

‘Indeed, the audibility of sniffing predisposes it to such situations: It is not only perceptible in the absence of visual access but perceptible precisely in/for situations where sustained mutual gaze is avoided.

The study has been published in the journal Research on Language and Social Interaction.

Elon Musk defends Tesla's Battery Day during podcast, saying the results will speak for themselves

Meghan Markle returns: Duchess to open up on subject close to...

Meghan Markle returns: Duchess to open up on subject close to...