People who trust what they see on social media are more likely to be prejudiced against Chinese people as a result of the coronavirus pandemic, a study suggests.

Platforms like Twitter and Facebook have become ‘playgrounds for racism’, allowing users to express their prejudices freely, according to researchers in New Zealand, who surveyed white Americans.

But the more a social media user believes their primary platform is fair and accurate, the more likely they are to believe Chinese people pose a realistic threat to their lives, they say.

Researchers suggest that a different sort of pandemic is spreading online against Asian Americans, particularly those of Chinese descent, because the SARS-CoV-2 virus originated in China.

More than 1,700 incidents of harassment and assaults against Asian-Americans have been reported since March 19 this year, according to a website for reporting hate. 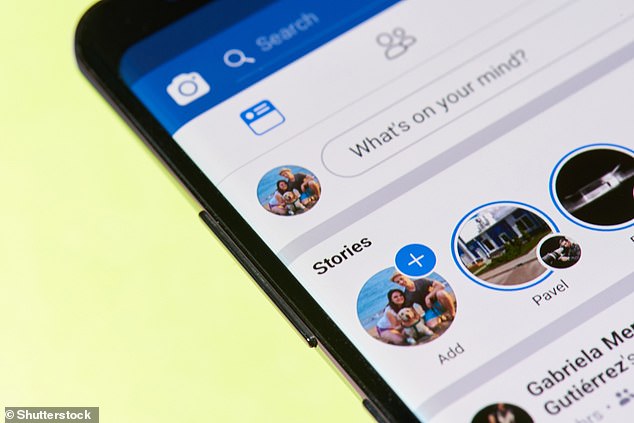 The more an individual believes their most used daily social media is fair, accurate, presents the facts, and is concerned about the public, the more that person sees Chinese Americans as a realistic and symbolic threat

Due to physical and social isolation, people increasingly rely on social media platforms such as Facebook, Twitter and Instagram to facilitate human interactions and keep themselves up-to-date with information.

Consequently, social media plays a crucial role in the public’s perceptions and significantly influences their communication during a crisis.

‘In the case of COVID-19, social media, and other media, were and are being used as venues to share and build ideas, values and morals,’ said lead author Dr Stephen Croucher, a professor of communication at Massey University in New Zealand.

‘Many of these are very positive, but some are not.’

To learn more about how social media has impacted US perceptions, the authors surveyed 277 white Americans in the US on their attitudes towards China and Chinese people in the wake of the pandemic, which has killed more than 400,000 people worldwide.

The team gathered data on demographics, social media use and various sentiments about Chinese people.

They then used a popular theory in psychology – the integrated threat theory (ITT) – to work out their perceived threat from outsider groups. 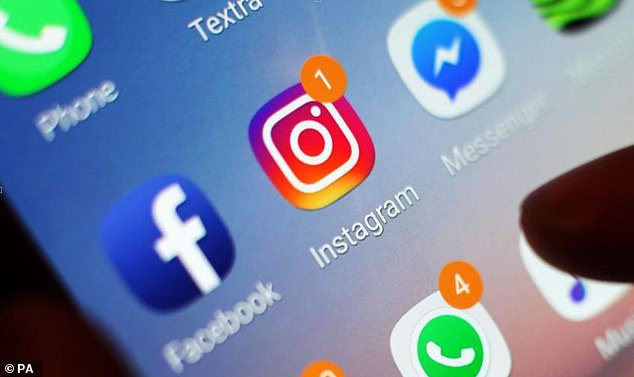 Due to physical and social isolation, people increasingly rely on social media platforms, such as Facebook, Twitter or Instagram, to facilitate human interactions and keep themselves up to date with information. Consequently, social media plays a crucial role in the public’s perceptions and significantly influences their communication during a crisis

Realistic threats represent people’s fears towards economic or social power – for example participants were asked whether they agreed with the statement, ‘Because of the presence of Chinese, unemployment will increase,’ on a scale of one to five, from ‘strongly agree’ to ‘strongly disagree’.

Symbolic threats, on the other hand, relate to concerns about a group’s ‘way of life’, while intergroup anxiety refers to negative perceptions that arise from individual interactions between a member of the majority and a minority.

People who believed the social media channels they visited were fair, accurate, based on facts and were concerned about the public, were more likely to view China or the Chinese as a realistic and symbolic threat, they found.

‘This was a big finding for us, as it shows the relationship between a pandemic, social media use and prejudice,’ said Dr Croucher.

Individuals who reported not using social media on a daily basis scored lower on symbolic threat than those who identify Facebook as their most-used daily social media.

‘In this case, when faced with a crisis like a pandemic, it just makes sense that men would tend to respond more affectively while women would respond more cognitively, on average,’ Dr Croucher said. 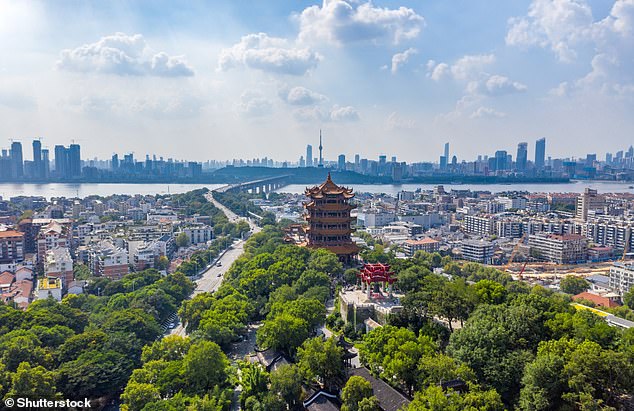 The first cases of Covid-19 were confirmed in the Chinese city of Wuhan back in December, which likely accounts for a wave of anti-Chinese rhetoric in the US and the UK

The study, which has been published in Frontiers in Communication, concludes that women feel more threatened than men, as they are more likely to believe the presence of Chinese Americans has a negative influence.

This stretches from a perceived influence on their welfare, political and economic power, physical and material well-being such as difficulties finding a job or a house and increased unemployment.

Surprisingly, survey respondents who identified as Democrats scored higher than Republicans for perceiving Chinese Americans as a symbolic threat, although political affiliation had no effect on other types of prejudice.

The experts say future research should look at how Chinese Americans and other groups have been portrayed on social media.

‘In depth analyses of these messages could facilitate a critical awareness of how social media messages have introduced or reinforced blame for realistic and symbolic threats from Chinese Americans for Covid-19,’ they say.

‘As the world continues to grapple with Covid-19, instances of prejudice and blaming minorities for the spread of the virus outside of the US should be examined and compared.’

Women feel more threatened than men as they are more likely to believe the presence of Chinese Americans has a negative influence on their welfare, political and economic power, physical and material well-being such as difficulties finding a job or a house and increases unemployment

Since January 2020, Asian Americans have suffered racial slurs, wrongful workplace termination, being spat on, physical violence and extreme physical distancing, while media and government officials increasingly blame Asians for the spread of Covid-19, the researchers report.

The Stop AAPI Hate Reporting Center, a website maintained by Asian Pacific Policy Planning Council, said it had more than 1,700 reports of verbal harassment, shunning and physical assault against Asian Americans in the US, in the six weeks since its launch on March 19.

More than a third of the reported incidents took place in public venues, including parks, parks and transit vehicles such as buses.

Until the pandemic, anti-Asian hate crime had been on the decline for at least the past two decades, according to the Washington Post.

The FBI had also not reported any anti-Asian-motivated murders since at least 2003, it said.

In the UK, meanwhile, the number of hate crimes committed against Chinese people in the UK January between and March this year nearly tripled, compared with the same period for 2018 and 2019.

Between January and March, as awareness of the coronavirus increased in the UK, at least 267 reports of hate crime were made in the country, according to freedom of information requests to the UK’s 45 territorial police forces and British Transport Police (BTP) made by Sky News.

Men are more likely to be seen as 'brilliant' than women, study finds

Summer ‘camp’ with the neighborhood teens. Is it worth the risk?