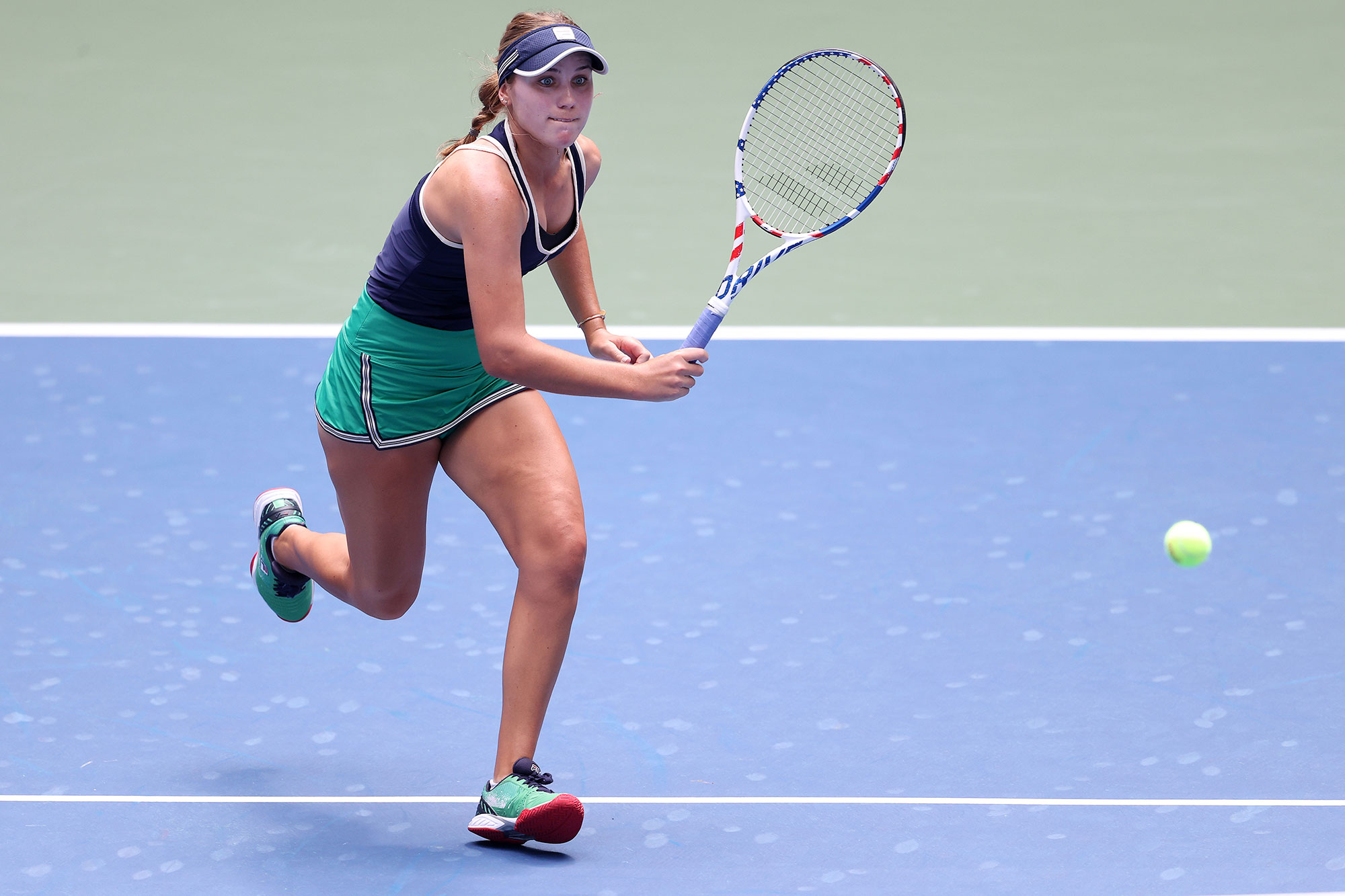 You were sleeping when Sofia Kenin made history, when the 21-year-old opened 2020 by conquering Australia and becoming the youngest American to win a Grand Slam since 2002.

You had no reason to set your alarm.

Kenin had never been past the fourth round of a major. Only one American besides the Williams sisters had won a Grand Slam in the previous 18 years. Kenin hadn’t been hyped and marketed like Coco Gauff, like Sloane Stephens or Madison Keys once were.

“Definitely sometimes I did feel I was overlooked, I wasn’t really taken serious,” Kenin said following Thursday’s second-round win over Leylah Fernandez. “Obviously, winning [the Australian Open] definitely really helped with my confidence and changed my image drastically. After that, I feel like people know me and respect me.

“It’s always nice to get back at the people, I guess, who didn’t really believe in you or treat you fair.”

Now, there is no excuse to miss the highest-ranked player in the country.

Advancing to the third round of the U.S. Open for the fourth straight year, Kenin achieved her ninth straight major victory with a 6-4, 6-3 triumph at Arthur Ashe Stadium. Kenin, the No. 2 seed, never faced a break point in the match, winning 73 percent of service points.

“I feel like my level is there definitely,” Kenin said. “I feel like I’m feeling the court well, playing my game. … I feel like I found a groove. … I’m playing some really good tennis.”

Kenin’s parents left the Soviet Union and moved to New York more than a decade before she was born. Her father and coach, Alex, studied computer science during the day, then drove a cab at night. Kenin was born in Moscow, but has lived in Florida almost her entire life.

Despite always being the top-ranked American in her age group, Kenin’s 5-foot-7 frame diverted attention and praise to more physically imposing peers.

“Those people who didn’t believe in her, they had very valid reasons not to because she has always been the smallest one,” Alex told reporters in Australia earlier this year. “Thank God I saw something that they didn’t because I know her better.”

Kenin was ranked 56th in the world at the start of 2019, but vaulted up 42 spots by the end of the year and was named the WTA’s Most Improved Player, having earned more hard-court victories (38) than any player on the Tour.

As the 14th-seed at the Australian Open, Kenin — who beat Serena Williams in the 2019 French Open — knocked out Gauff in the fourth round. Then, she defeated top-seeded Australian Ashleigh Barty in the semifinals and two-time major winner Garbine Muguruza in the finals.

Kenin became the youngest Australian Open champion in 20 years, as well as the youngest American debuting in the top 10 since 1999 (Serena Williams).

Now, Kenin can become the first woman to win two majors in a year since 2016 (Angelique Kerber).

“I proved [in Australia] that I can get in deep. I can win a tournament. I hope it’s going to help me,” Kenin said upon arriving in Queens. “Obviously, it’s something that I obviously think about, I remember. It was such a great moment. It’s something I’ll never forget.”

Amazon unveils Ring sensor for mailboxes that alerts users if someone...

Virgin Galactic jumps over 20% as Street continues to recommend the...

Amazon unveils Ring sensor for mailboxes that alerts users if someone...

Virgin Galactic jumps over 20% as Street continues to recommend the...