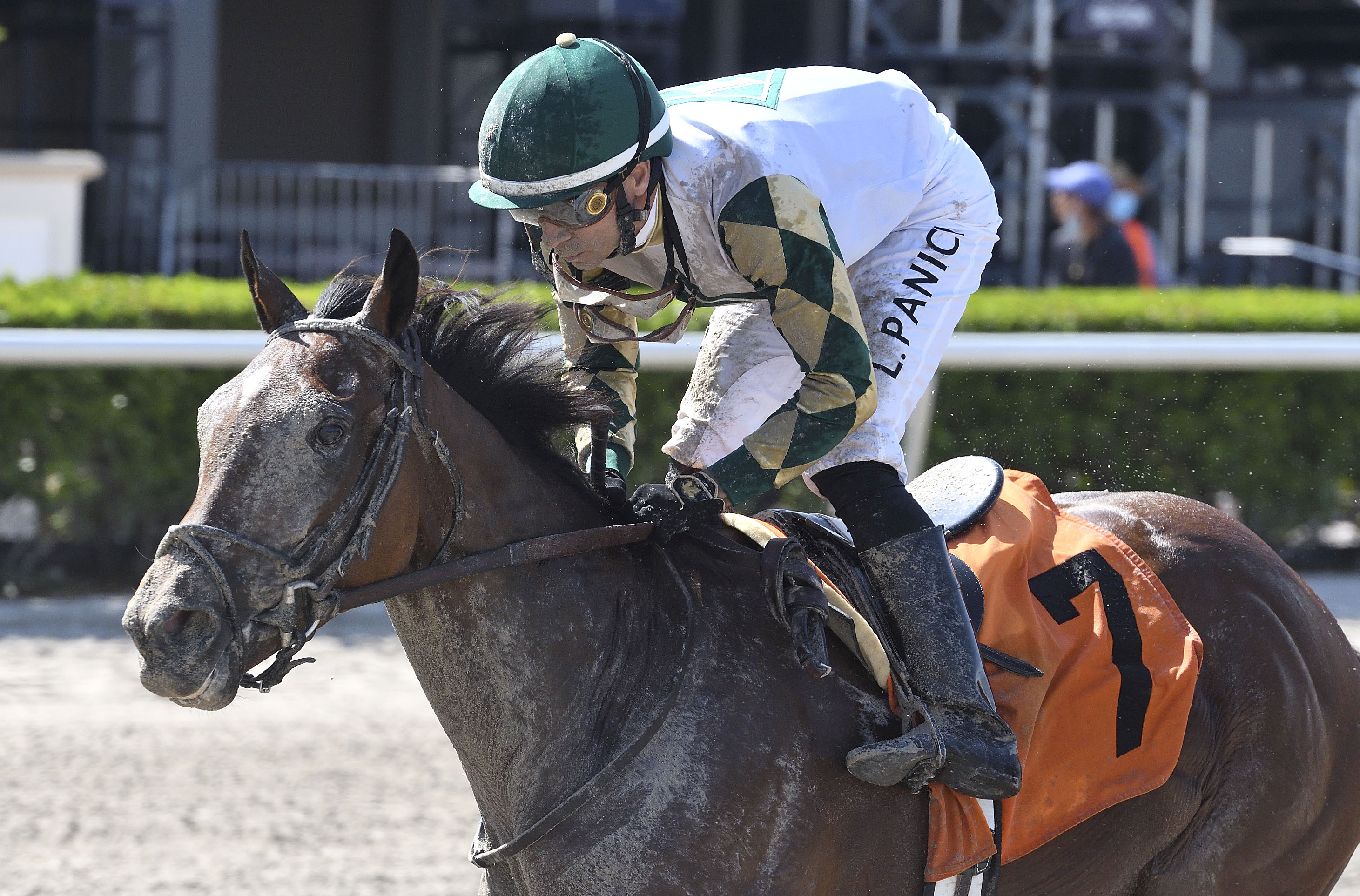 Most of the horses getting ready to run in Saturday’s Belmont Stakes are coming off long layoffs — as long as four-plus months, in the case of Max Player — because of the coronavirus pandemic shaking up the sport.

But Sole Volante, true to its name, is coming in hot.

The 3-year-old bay colt, whose name means flying sun in Italian, won an allowance race just last Wednesday at Gulfstream Park in Florida before flying up to New York on Tuesday night. On Wednesday, it drew the No. 2 post position with the second-best morning line odds at 9-2.

“He just came out of that little mile allowance so well,” said Andie Biancone, a part owner with Reeves Thoroughbred Racing and an assistant trainer for her dad, Patrick Biancone. “We did a little open gallop with him on Monday. We really waited just for him to do the talking — his behavior, how he came out. He was just so fresh, so happy, so well. We couldn’t not go.”

Before June 10, Sole Volante had last raced on March 7, finishing second in the Grade 2 Lambholm South Tampa Bay Derby. But they did not want him to go too long without a race entering the Belmont Stakes, leading to their decision to run a warm-up last week.

Trying to chart out the perfect schedule for a thoroughbred has been a difficult assignment for trainers in recent months because of the pandemic canceling some races and putting the Triple Crown legs in flux. Andie Biancone said her dad “took a big gamble” by initially tapering down Sole Volante, but believes the rest has served him well in the long run — especially with Saturday’s big race being his second in 11 days with jockey Luca Panici.

“He’s just the best he’s ever been right now, fitness-wise and mentally,” Andie Biancone said. “We wanted to run him before the Belmont because 100 days without a race, they get a little bit itchy. I mean, they’re athletes. We went from preparing to run in the Kentucky Derby to tapering him because of the virus and everything getting moved. So mentally, he was a bit itchy, wanted to do more.

“Once he got that race in him, he was just like, ‘Ah, OK, I’m all right, everything is good.’ They love to run. So mentally and physically he’s just perfect right now. We couldn’t be happier.”

Giants really need these players to stay on the field

Giants really need these players to stay on the field

China confirms NEW case of dengue fever within 24 hours of...