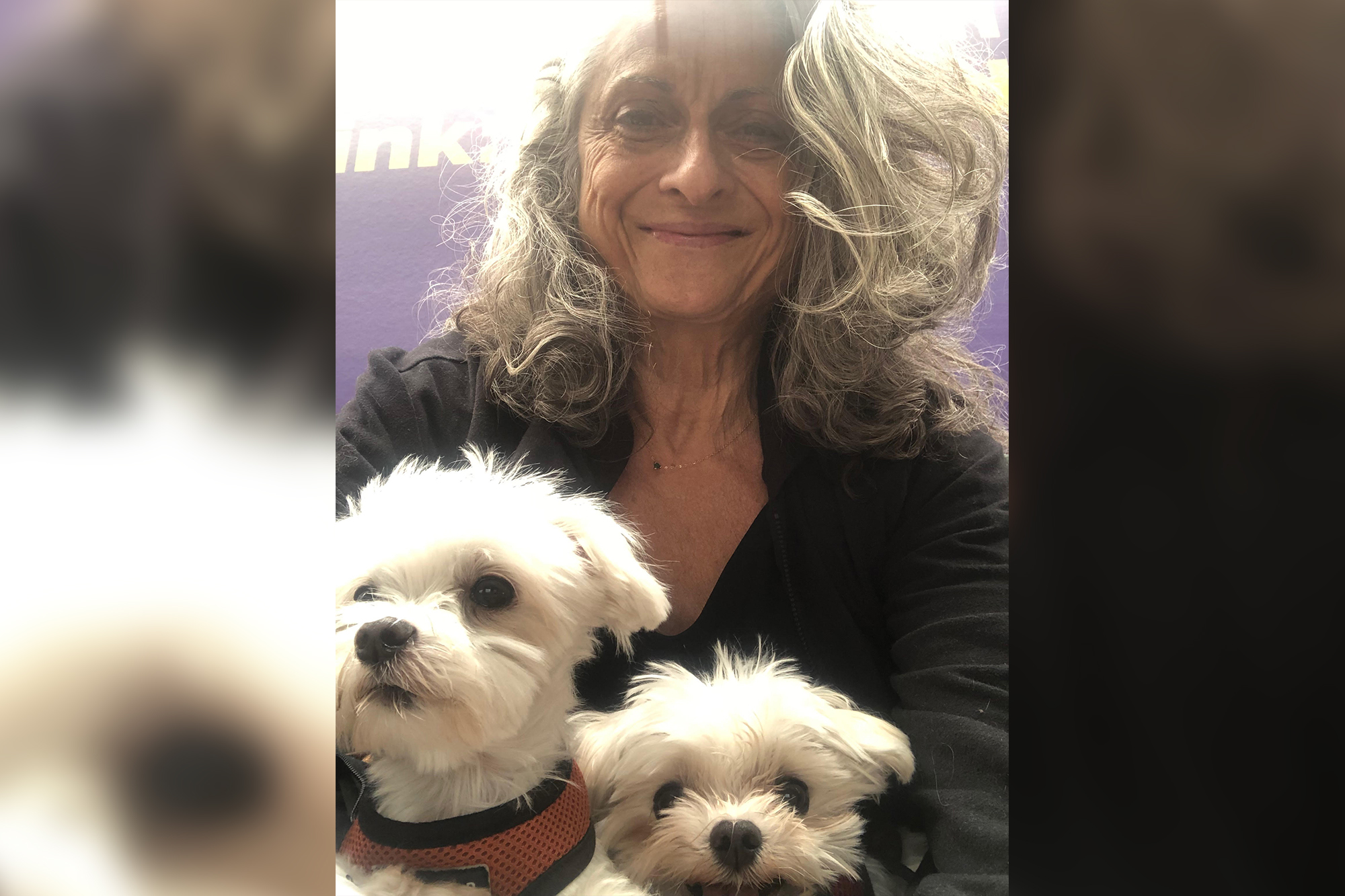 An actress who’s appeared in “The Sixth Sense” and “The Sopranos” says a man fatally beat one of her dogs and nearly kicked the other to death, new court papers allege.

Janis Dardaris left her two male Maltese pooches Frankie, 12, and Alex, 11, with a sitter at her Manhattan apartment for two months last fall as she was acting in a play in South Carolina and wasn’t allowed to bring animals there, she told The Post in an exclusive interview.

To Dardaris’ horror, she discovered while away that her dog sitter’s boyfriend, Vincent Tang, “savagely beat Alex to death … then took Frankie to the roof of [Dardaris’] building, where he sadistically tortured Frankie for several minutes by punching, throwing, chasing, and kicking the defenseless dog multiple times” on Oct. 24, 2019, a Manhattan Supreme Court lawsuit from Wednesday alleges.

Tang “then brought Frankie back to [Dardaris’] apartment, where he left him to die,” the court papers claim.

Disturbing cell phone video, taken by a resident in a neighboring building, shows a man — alleged to be Tang — chasing and kicking a small white dog like a soccer ball, at one point with such force that the pup slams into a wooden patio step, according to a criminal complaint against Tang.

“The visceral feeling I get when I think of what happened — it feels like an ice pick to my heart. It’s a nightmare,” Dardaris told The Post.

Tang, 36, likely took the keys from the dog sitter going into Dardaris’ apartment while the sitter was out, Dardaris’ lawyer said.

An eagle-eyed neighbor in the building next door saw the man kicking the dog and alerted a building resident so that police eventually came and were able to get Frankie to an animal hospital saving his life, the court papers say.

Dardaris’ friend went inside her apartment and saw “one small white dog cowering inside … and a second small white dog lying dead on the floor,” a criminal complaint says.

Tang was arrested in November and was indicted in Manhattan Supreme Court on two counts of aggravated animal cruelty, court records show. He faces up to two years in prison if convicted.

Dardaris said the horrific incident has left her traumatized and wondering, “Why did you go into my apartment and do that? I want answers.”

“It’s unimaginable to me that something like that could happen and that someone could do that and create such pain and grief in someone’s life,” she said.

Dardaris — who had the furry friends since they were just 3-months-old — said the pair were “unbearably sweet and dear.”

“I wake up every night thinking about … the ache of thinking about what Alex went through doesn’t go away and Frankie you dear little thing how could this have happened to you,” Dardaris said adding that she is plagued by the fact she couldn’t protect Alex.

“I couldn’t possibly imagine somebody doing that to a completely innocent creature,” Dardaris’ lawyer Robert Cannata told The Post. “These are 4- or 5-pound little white fluff balls — as innocent as innocent gets.”

“We want answers and we want him to have to justly compensate her for all the pain and anguish he has done to her,” Cannata said.

Tang has pled not guilty in the criminal case. His criminal defense lawyer Jason Goldman told The Post, “It’s an open matter and we look forward to resolving it in court soon.”

The FBI subpoena of Hunter Biden’s alleged computer and hard drive came in connection with a money-laundering investigation, according to documents obtained by...
Read more
News

Chris Christie said he was “wrong” not to wear a mask at the White House event where he caught the coronavirus — and...
Read more
News

The mother of an 8-year-old Texas girl who died after being forced to jump non-stop on a hot trampoline apologized to her daughter...
Read more

The FBI subpoena of Hunter Biden’s alleged computer and hard drive came in connection with a money-laundering investigation, according to documents obtained by...
Read more

Speaking exclusively to Express.co.uk Mr Cox said: “Clean Air Zones are portrayed as the panacea for our nation’s air quality standards in our cities.“They...
Read more

When is a headache a sign of a brain tumour? Everything you need to know

As he explains, these kinds of headaches will also have an identifiable cause, such as an infection, lack of sleep or a hangover.Furthermore,...
Read more

Dan Walker, 43, rushed to support fellow TV presenter Stacey Dooley after she revealed she had received unnecessarily cruel remarks on Twitter over her latest gig This...
Read more
Load more

When is a headache a sign of a brain tumour? Everything...