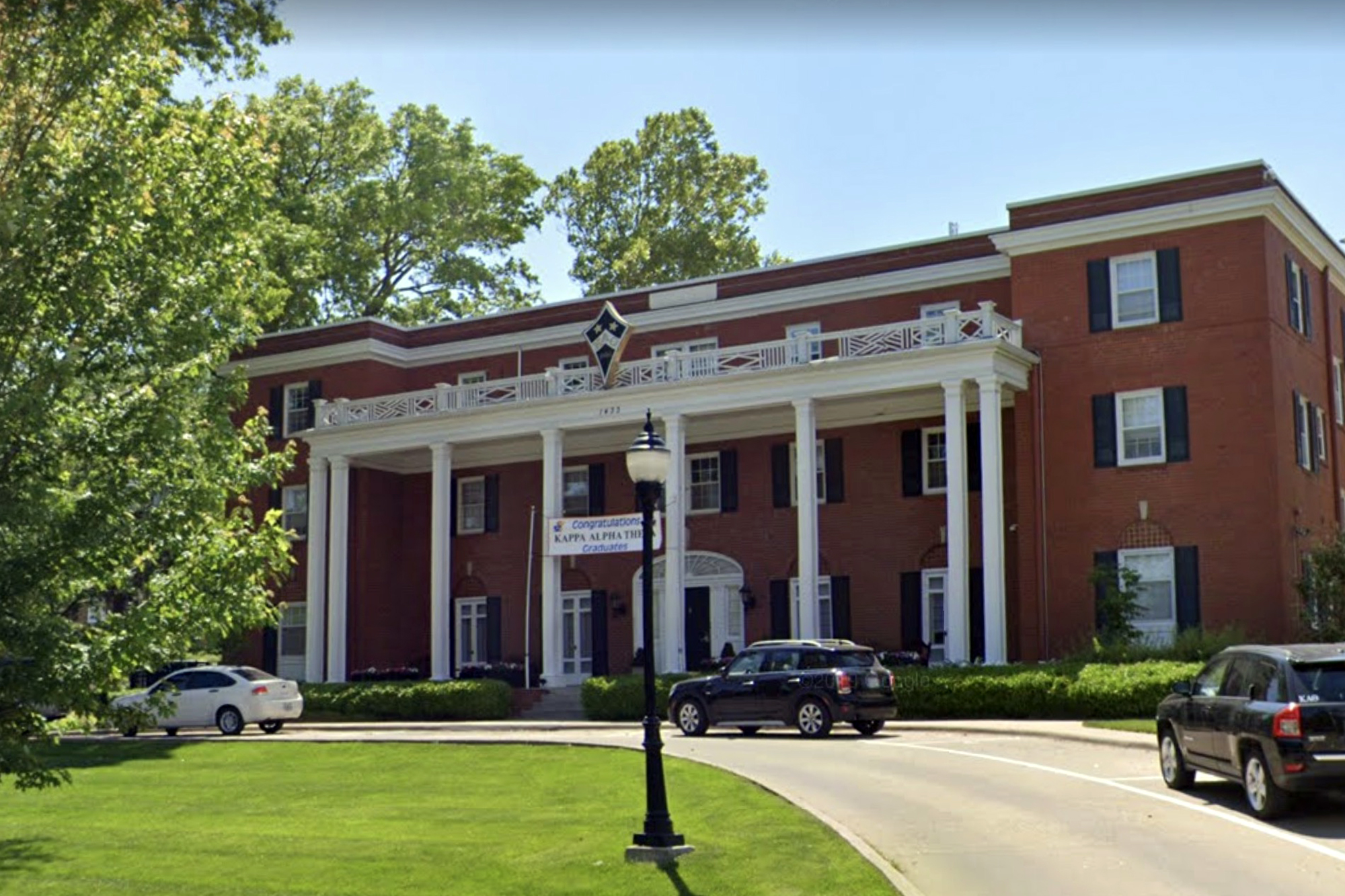 A University of Kansas sorority has put a member on probation for “unbecoming” behavior on social media — for sharing a post criticizing Black Lives Matter.

Sophomore Katherine Lauer shared documents with Fox News that show she was sanctioned by the college’s Kappa Alpha Theta sorority for “argumentative communication … as a result of your social media posts.”

She was told to take a “social media posting holiday” for a week to do a “personal reflection and cleanse” — and watch a video selected by the sorority’s Diversity, Equity and Inclusion Committee, Fox said.

The student said she was also ordered to monitor her online posts to “assess their alignment with the Kappa Alpha Theta online social media contract,” as well as have “open dialogue” with Kappa Alpha Theta chief operating officer Allie Dew to get a “broader education of America today.”

The suspension was sparked by Lauer reposting a message from conservative firebrand Candace Owens  calling Black Lives Matter “the most flagrantly racist organization in America.”

“Black Lives Matter is an organization of white men, using the faces of dead black people, to raise millions of dollars toward electing white Democrats into positions of power,” Owens declared in the Sept. 23 tweet.

Lauer told Fox that she supports the ideals of the BLM movement and was merely questioning the funding.

When she asked why she was being put under discretionary probation, she was told it was for “conduct unbecoming of a member of Theta .”

She attempted to appeal the probation in a meeting with the sorority’s advisory board on Oct. 18 — but it was overturned by the board, which pressed her to admit she benefitted from white privilege, Fox said.

Lauer said that other sorority sisters texted her to complain that her posts — that also included pro-life stances and ones highlighting flubs by Democratic presidential candidate Joe Biden — were “hurtful.”

Yet the sorority took no action against those posting “aggressive” attacks on President Trump and his policies, she said.

“I feel like they’re really trying to suppress me and silence me,” Lauer told Fox.

“A lot of the conservative friends that I have do not feel comfortable speaking their opinion. It’s almost like … the environment that everyone feels suppressed,” she said.

Lauer is set to be “reevaluated” during a meeting next Monday.

The University of Kansas and the Kappa Alpha Theta sorority did not respond to Fox News’ requests for comment.

President-elect Joe Biden on Friday said that he won’t impose national mandates to get vaccinated for COVID-19 or to wear a mask. But Biden...
Read more
News

SAMUT SAKHON, Thailand — Thai researchers have unearthed a rare partially fossilized skeleton belonging to a Bryde’s whale believed to be around 5,000...
Read more

Here are some choice items for globetrotters to put in their letter to Santa this year.From luxury hotel vouchers to a raft for...
Read more
Load more

After just one win in six and languishing behind Tottenham, is...

At least 16 passengers confirmed dead in Brazil after bus crashed...