China’s state broadcaster has reported that Beijing’s army launched dozens of missiles during a live-fire drill this week over the South China Sea.

The air-to-air missiles were fired during the two-day military exercise attended by nearly 100 soldiers in an undisclosed area west of China’s Hainan Island, the official outlet said.

Beijing’s propaganda machine has been boasting about the country’s military capabilities while sending warnings to other countries amid souring relations with the US and Taiwan. 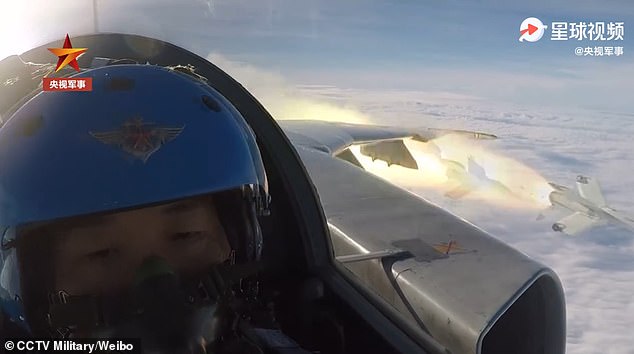 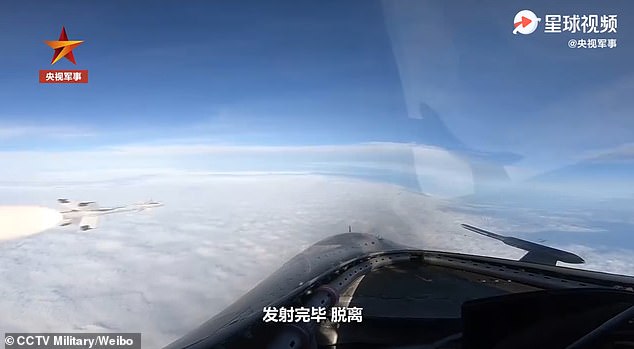 The drill took place on Tuesday and Wednesday and was organised by the naval force of the Southern Theatre Command of the People’s Liberation Army, reported the military channel of China Central Television Station (CCTV).

Nearly 100 fighter jet pilots attended the exercises and launched dozens of missiles, the state-run outlet announced on Thursday through its account on Weibo, the Chinese equivalent to Twitter.

CCTV also released footage of soldiers loading multiple missiles onto an unidentified fighter jet and the weapons being ejected from a warplane.

The report said the drill was aimed to test the troops’ weaponry performance ‘in a real-war environment’. 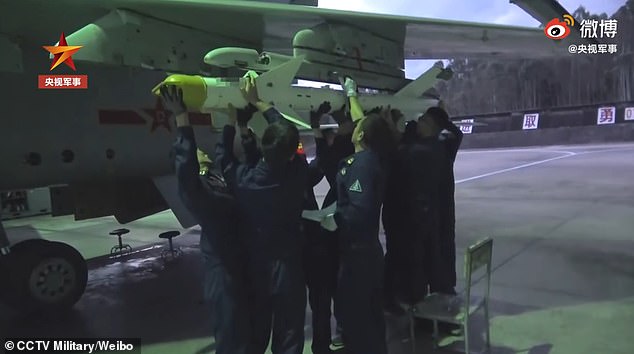 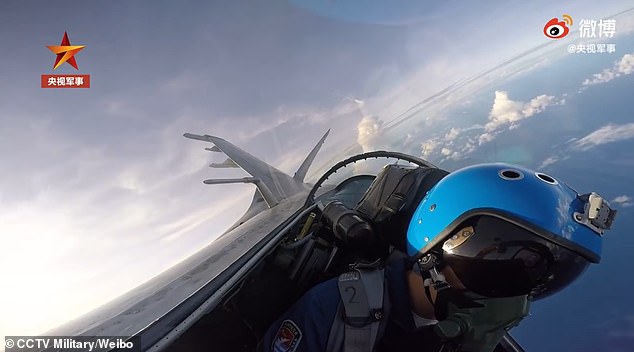 The footage comes at a time of high tension between China and self-ruled Taiwan, which Beijing considers its own. China has ramped up diplomatic and military pressure since the 2016 election of Taiwanese President Tsai Ing-wen.

Washington’s increased outreach to Taiwan under President Donald Trump has become yet another flashpoint with Beijing, as the US and China clash over a range of trade and security issues, as well as the coronavirus pandemic.

Chinese President Xi Jinping urged his marine soldiers to focus on getting ready for war during a visit to a military base in southern China on October 13.

He told his Navy troops to ‘focus all [your] minds and energy on preparing for war and maintain a high level of alert’, reported state broadcaster CCTV, citing the leader.

Just days earlier, China threatened to take over Taiwan by releasing footage of its soldiers ‘seizing an island’.

In the video released by state broadcaster CCTV on October 10, troops from the People’s Liberation Army (PLA) are seen simulating an attack on an unidentified island during a large-scale military exercise. 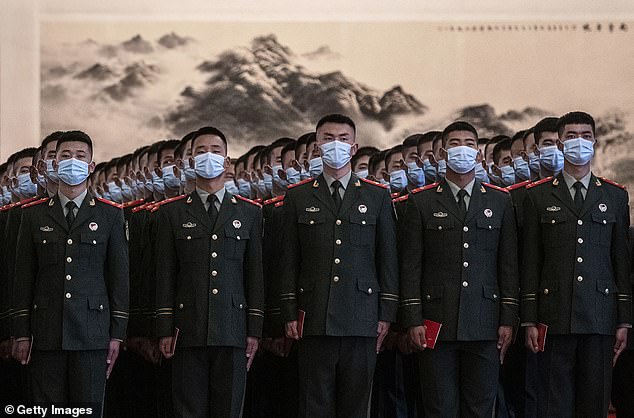 On Monday, CCTV released footage of a Chinese fighter jet pilot warning an ‘intruding warplane’ to leave its air space before reportedly forcing it away.

The Chinese officer can be heard speaking over the radio in barely comprehensible English while following closely behind the alleged enemy warplane.

The Ministry of Foreign Affairs of China yesterday threatened retaliation after the US State Department approved the potential sale of three weapons systems to Taiwan in a deal that could have a total value of $1.8billion (£1.38billion). 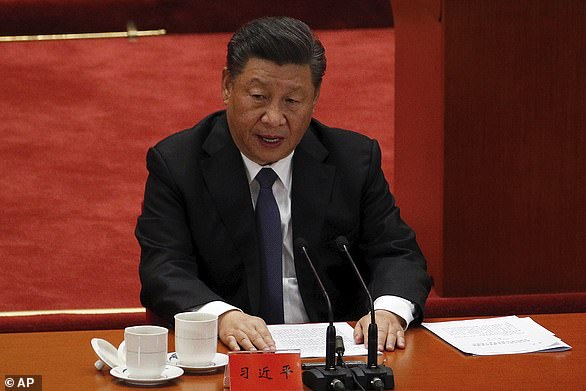 China’s President Xi Jinping issued a sharp warning Friday to potential ‘invaders’ of Beijing’s military resolve, speaking on the 70th anniversary of his nation’s entry into the Korean War, the only time Chinese forces have fought US rivals.

In a long speech, heavy on patriotism and flecked by anecdotes of heroism by Chinese forces, Xi said victory in the 1950-53 conflict was a reminder that his nation stood ready to fight anyone ‘creating trouble… on China’s doorstep’.

Beijing frequently uses war anniversaries to fire thinly covered warnings to the US of the military strength of the ‘new China’.

The Korean War is a key foundation story for the ruling Communist Party, which in recent years has been the target of US President Donald Trump, in a bitter row spanning trade, tech, human rights and the status of Taiwan, which China says is an inviolable part of the mainland.

‘Chinese people don’t create troubles, nor are we afraid of them,’ Xi said to applause.

‘We will never sit back and watch any damage to our national sovereignty… and we will never allow any force to invade or divide the sacred territory of the motherland.’