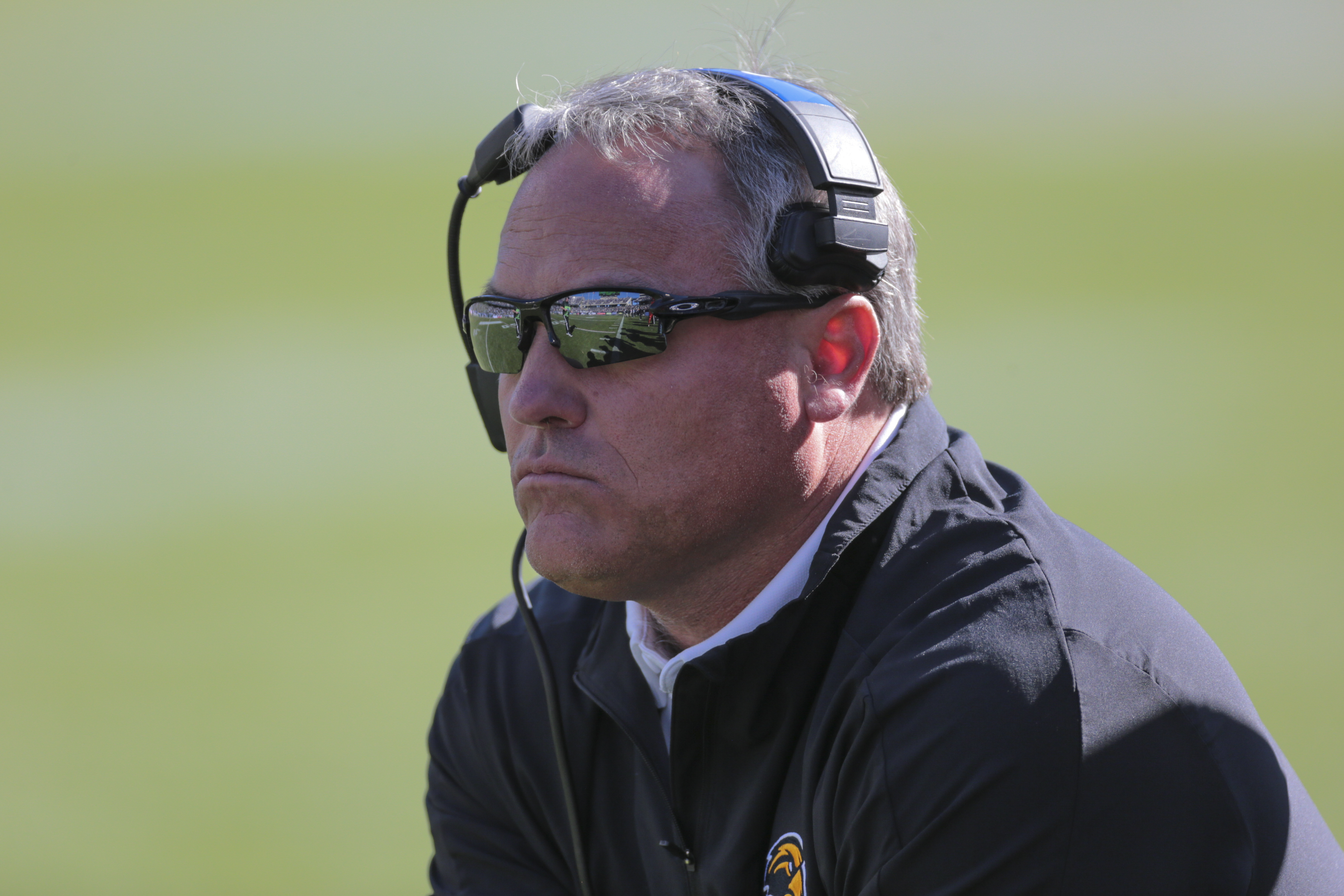 College football has its first coaching change — before most of the sport has even played its first game.

On Monday, Jay Hopson stepped down as Southern Mississippi coach following an ugly, season-opening 32-21 loss to underdog South Alabama. He will be replaced by co-offensive coordinator Scotty Walden.

Hopson had done a good job at the Conference USA school, posting a 28-23 record and appearing in three bowl games in four seasons.

“Coach Hopson came to me after last Thursday’s game to discuss what was on his heart and after much discussion over the weekend, he and I agreed that new leadership for our football program is needed,” athletic director Jeremy McClain said. “Coach Hopson has been a part of our program for 10 years. I appreciate his commitment to Southern Miss and wish Jay and his family nothing but the best.”

Hopson had previously clashed with president Rodney D. Bennett after trying to hire disgraced former Baylor coach Art Briles as his offensive coordinator in February of 2019.

Shortly afterwards, a report in The Athletic stated that Southern Miss recruited a junior college player who had been accused of raping two women at knifepoint, though the player was later denied admission by the school.

“After heartfelt discussion with Jeremy, we have come to a mutual agreement for me to step down as head coach,” Hopson said. “I am in total agreement with this change in leadership and truly believe it is in the best interest of the players, coaches and this entire program. I cannot thank Dr. Bennett and our administration enough for the opportunity that they gave me. I wish Southern Miss nothing but the best and am thankful for all that they have done for me and my family.”