Home U.S Spitting Image: NBC backs out of showing series in the US for...
U.S

Spitting Image: NBC backs out of showing series in the US for 'fear of offending the powerful'

NBC backed out of broadcasting Spitting Image in the US at the 11th hour for fear of offending the rich and powerful, the show’s producers have claimed.

The irreverent series also poked fun at the US President’s coronavirus infection, suggesting it was a result of his ill-thought attempt to strike a deal with the disease he affectionately nicknames ‘Corony’.

Roger Law, the show’s co-creator, had previously confirmed that the US, not Britain, would be the series’ primary target, saying: ‘If you’re going to go after the b******s, you may as well go after the biggest b******s there are’.

However, talks between the show’s producers and NBC, which held the US rights to the original Spitting Image in the 1980s, fell through six weeks ago after bosses allegedly got cold feet.

Jon Thoday, executive producer at production company Avalon, claimed there was ‘too much nervousness’ at the top of NBC about ‘attacking tall poppies’ – a reference to the show’s many US puppets, which include Amazon chief executive Jeff Bezos, Mark Zuckerberg, and Michelle Obama. 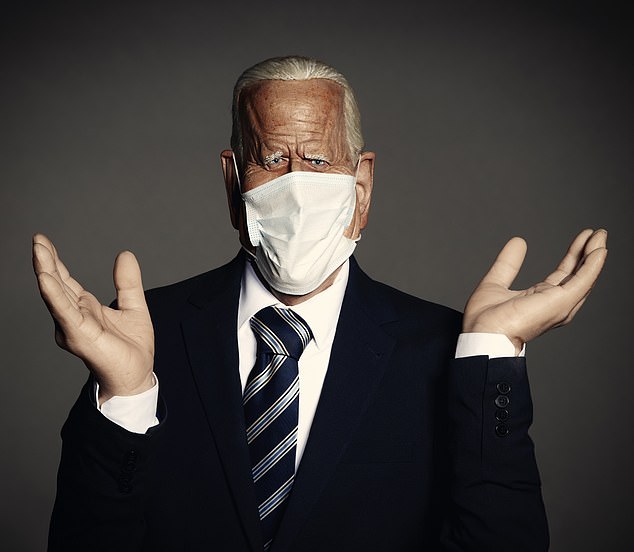 NBC bosses backed out of broadcasting Spitting Image in the US at the 11th-hour for fear of offending the rich and powerful, the show’s producers have claimed. The first episode of the new series depicts Democratic presidential candidate Joe Biden as senile 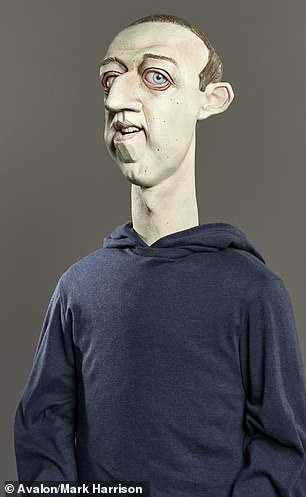 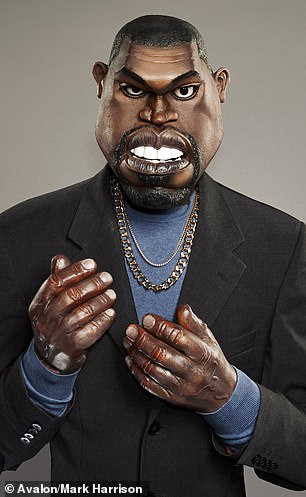 The trailer for the rebooted series shows Zuckerberg, who runs tech giant Facebook, pinching Michelle Obama’s phone out of her hands, exclaiming: ‘Yoink! Got all your private data!’

Bezos, whose estimated $113billion worth makes him the world’s richest man, then waves a wallet around and responds: ‘But I’ve got all your money!’

Other puppets of US personalities and politicians include outspoken rapper Kanye West, Barack Obama, singer Beyonce, and Oprah Winfrey.

Speaking to The Times, Mr Thoday claimed: ‘It’s basically quite a difficult show to do in the environment that exists, particularly if you’re attacking tall poppies.

‘Inevitably if you attack tall poppies, people get worried.

‘You can’t really do Spitting Image unless you’re fighting the corner of attacking everybody, but by doing that people just get nervous.

‘They think they want it, but when they’ve got it they just start worrying about it.’

Mr Thoday also denied that US families might have been uncomfortable with irreverent political satire, claiming ‘the British are more bothered about balance’ than the Americans.

NBC, which is owned by media conglomerate Comcast, was burned by the political reaction to the original Spitting Image, when Ronald Reagan’s depiction as a trigger-happy fool caused the President to ask the network to cancel the series. 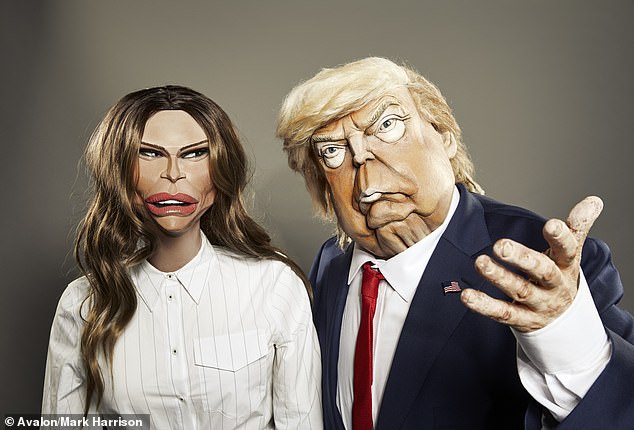 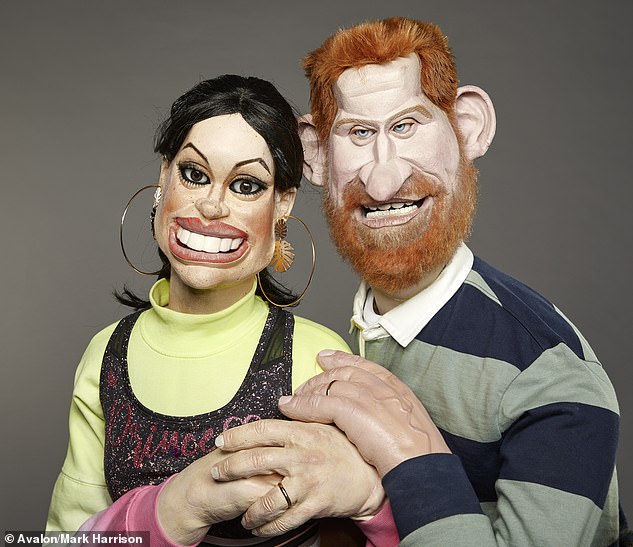 There were attempts to produce a US version of the show in the 1980s, including a 45-minute ‘made for market’ series called Spitting Image: Down and Out in the White House aired by NBC.

Introduced by David Frost, it departed from the sketch-based format in favour of an overall storyline involving the 1988 Presidential election.

The show revolved around a plot by the ultra-rich Famous Corporation to replace President Reagan with a double, actually Dustin Hoffman in disguise.

It was not given high priority by NBC, and achieved low ratings.

Spitting Image originally ran for 18 series between 1984 and 1996 and was watched by 15 million viewers in its heyday.

The first episode is available for free on Facebook in the US, with social media clips there already having gained two million views.

Avalon is still holding out hope to strike a deal with a US broadcaster or streamer to show the rest of the new series.