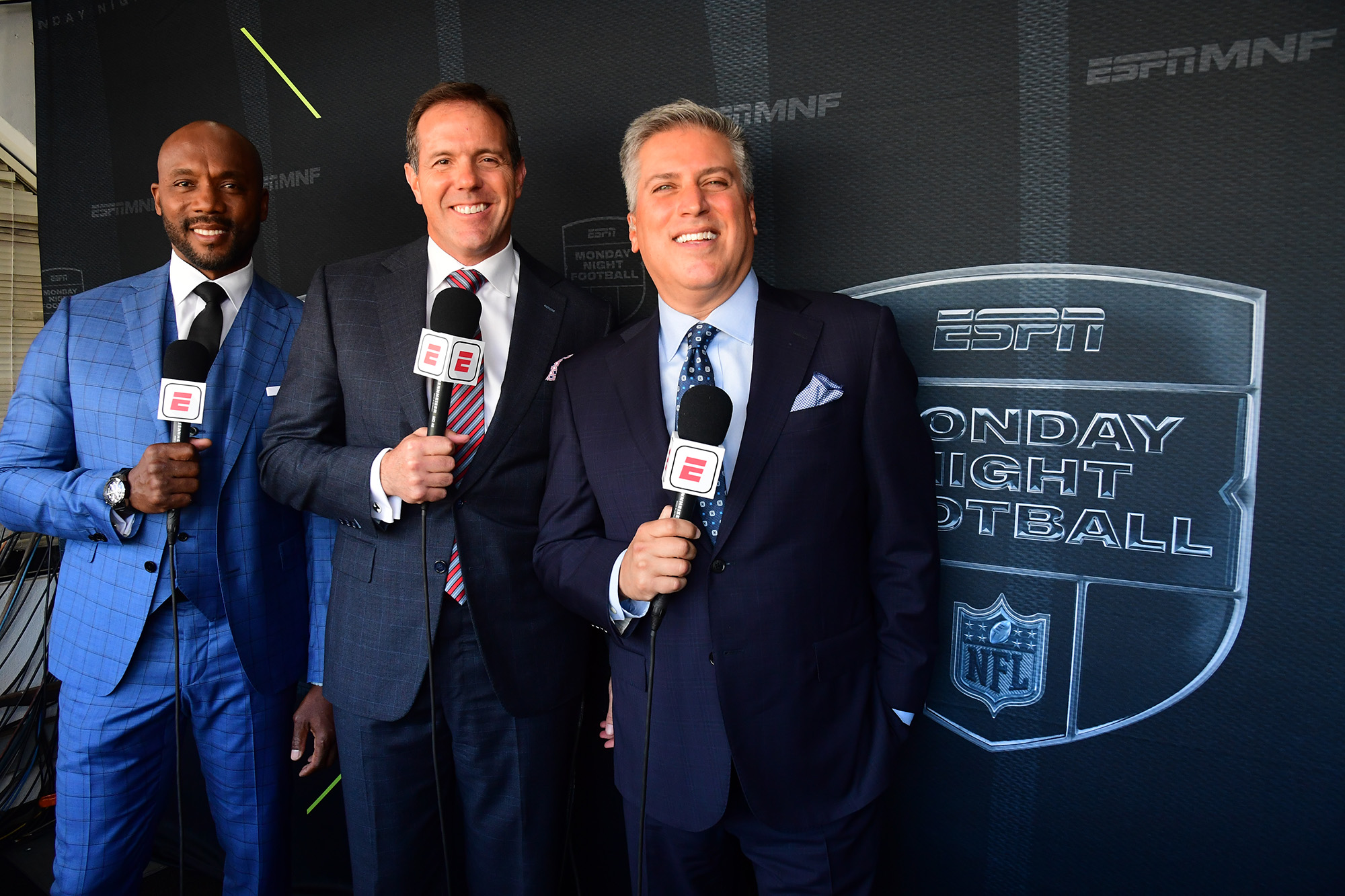 Does ESPN need to have a proven, superstar NFL booth to guarantee not just rights renewal, but an improvement in their upcoming NFL TV rights negotiations? — @ExPatInPGH

This is a good question and from conversations with NFL higher-ups, I don’t think this is much of a factor.

In January of 2019, we reported about the buzz that Disney wanted NFL games and a Super Bowl for ABC. If there were no pandemic, I think the ABC/ESPN offer would have been very aggressive.

Even with the recession that has impacted so much of Disney’s business, I could still see them blow others out of the water. They still have the financial means to do just that; especially in comparison to Viacom/CBS. ESPN’s MNF package is up after the next season, while the rest of network deals finish up following the 2022-23 season.

This winter, Disney did want to sign Tony Romo. Besides the fact that Romo has been a shooting star in his three years in the booth, it couldn’t hurt to have him in negotiations. ESPN had at least a 10-year, $140 million offer available for him. CBS made the calculation that it wanted to go into its next rights negotation with Romo so it trumped ESPN at $180 million over a decade.

ESPN has gone from trying to sign a franchise quarterback and trade for arguably the best game caller of all-time, Al Michaels, to more of a game-managing booth that may not stand out as much, but also may not get in the way as Joe Tessitore, Booger McFarland, Jason Witten and the sideline contraption did.

Steve Levy, Brian Griese and Louis Riddick doesn’t feel like a Super Bowl booth, but we need to let them do a few NFL games together and maybe that will change.

Even if ABC/ESPN wants to go after bigger names like Jim Nantz, Ian Eagle and Kevin Burkhardt on play-by-play or Philip Rivers as an analyst, the new MNF crew could position itself for a second package as a consolation prize.

At the end of the day, the NFL does care to a degree. It did not want Tessitore and McFarland back on MNF. Still, at the highest stakes, money will win the day.

Kenny Albert getting demoted to 4th team nfl on Fox is just wrong. Kenny has been there for years and keeps getting demoted. Not saying Adam Amin is bad, it’s just he just got to fox and already jumped over Kenny. — @JustinRozell

The third team and the fourth team really do similar games for Fox, which will probably be even more true this year with networks trying to be efficient on travel during the pandemic.

Amin slides in above Albert on the NFL depth chart, but Fox wanted the pro’s pro Albert to team with rookie game analyst Jon Vilma.

Amin is teamed with Mark Schlereth so Fox is figuring out its future. There aren’t that many NFL TV game-caller jobs, so the fact that Albert is in the top four for a network is still pretty good.

That is not going to happen. ESPN just changed its radio lineup and Disney is not going to be the one to give a second chance to Carton, who was convicted of a felony in his involvement in a ticket scam. FAN remains the favorite with Philadelphia’s The Fanatic having also made an offer.

Spero adidas is universally disliked by all fan bases. How does he keep getting jobs and why is he calling big NBA playoff games for TNT? — @Richlikehell

I don’t think that is right. First off, it is Spero Dedes. Second, he does a solid job, but does not add the pizzazz of a Kevin Harlan or the humor of setup artist Ian Eagle. Stan Van Gundy has still been good with Dedes, but he was better with Eagle.

What will the path back to a broadcast booth look like for Thom Brennaman? It seems like the image rehab needed is going to be a major undertaking. — @DemetriRavanos

It depends on the Reds. The Brennamans have a long history with the franchise, but it probably is going to come down to what Thom’s relationship is with the current owners. If they keep him and he takes the right steps, he can rebound.