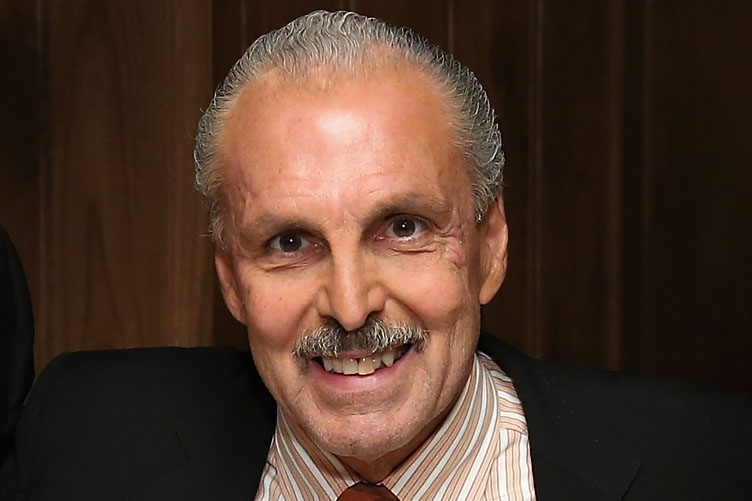 After the latest ratings book, how long until WFAN moves Benigno out the door? Going to bed at 9 p.m. and not getting any sports news until 5 mins b4 his shows starts makes him a HUGE liability in todays sports world. — @kjh11222

The mailbox has been full with questions on Joe Benigno’s future. It would be very surprising to me if by the end of the year Benigno, 66, is still on full-time at the FAN.

It is not only because he and his partner, Evan Roberts, have been trounced in the ratings by “The Michael Kay Show,” but what fueled Benigno’s rise reveals his undoing. His raw emotion and inability to hide any of his feelings amplifies his disinterest in doing the show.

What is disappointing is that Benigno has spent his career complaining about his teams’ effort, decision-making and “the pain” that has caused him, but now he is mostly doing exactly what he has railed against — mailing it in.

He wants to move to Florida. Next year, I think, he will be there.

After his retirement from full-time work, Benigno could maybe do a weekend show. It could be nice, because that type of schedule might bring out the vigor that had him transform from a caller to eventually an afternoon host.

The fix for FAN would be teaming Carton & Francesa on afternoons. What’s likelier to happen: Mike admitting he’s wrong on something or teaming with Carton? Truthfully would make for appointment radio. — @ray_maldonado

The biggest mailbag question by far has been about Carton’s future. To answer the question at hand: There is a better chance Francesa would admit he is wrong than be teamed with Carton.

It would be far from surprising if Francesa ditches the daily, makes-no-sense quickie show and just does a Sunday NFL program or something to that effect. Meanwhile, Carton is out of prison and, as we’ve written a couple of times, FAN could become a real possibility eventually.

The scenario of a lineup that features Boomer Esiason & Gregg Giannotti followed by Roberts & Maggie Gray and then Carton and an ex-athlete is not hard to imagine. It is far from a done deal, as Carton just was released, but you can see it.

Carton and Francesa would be a must-listen radio, but I think there might be a better chance Mike and I would be a team than he and Carton.

YES has done a great job with its intrasquad games. The ratings are irrelevant in my opinion, as a big part of building a relationship with your audience is appealing to the most passionate. You satisfy them and the rest follow.

Now, money would be the obvious reason SNY hasn’t shown the Mets’ games. I’d probably go with that.

Still, I asked and was told SNY was focusing on the return of “Baseball Night in New York” and “SportsNite.” It also covers both the Mets and Yankees. It also feels like its digital platforms are better for some workout coverage than its TV network.

Maybe this is true, but watching the intrasquad games doesn’t help the perception that the Yankees/YES will spend, while Mets/SNY are hesitant. But have no fear, J-Rod will solve everything.

In the fall, do you see networks sending teams out for pregame shows at all or are we looking at studio airings no matter what? Shows like “College Gameday” in particular. — @CVancheri

ESPN is going to try to have the show on college campuses, as that is one of the reasons it has been one of the most successful pregame shows in sports TV history. That said, it will be different. It could have limited attendance of the crowd behind the set or potentially being inside stadiums for big games. It will try to avoid being completely in studio, but that possibility can’t be entirely ruled out because of COVID-19’s impact.