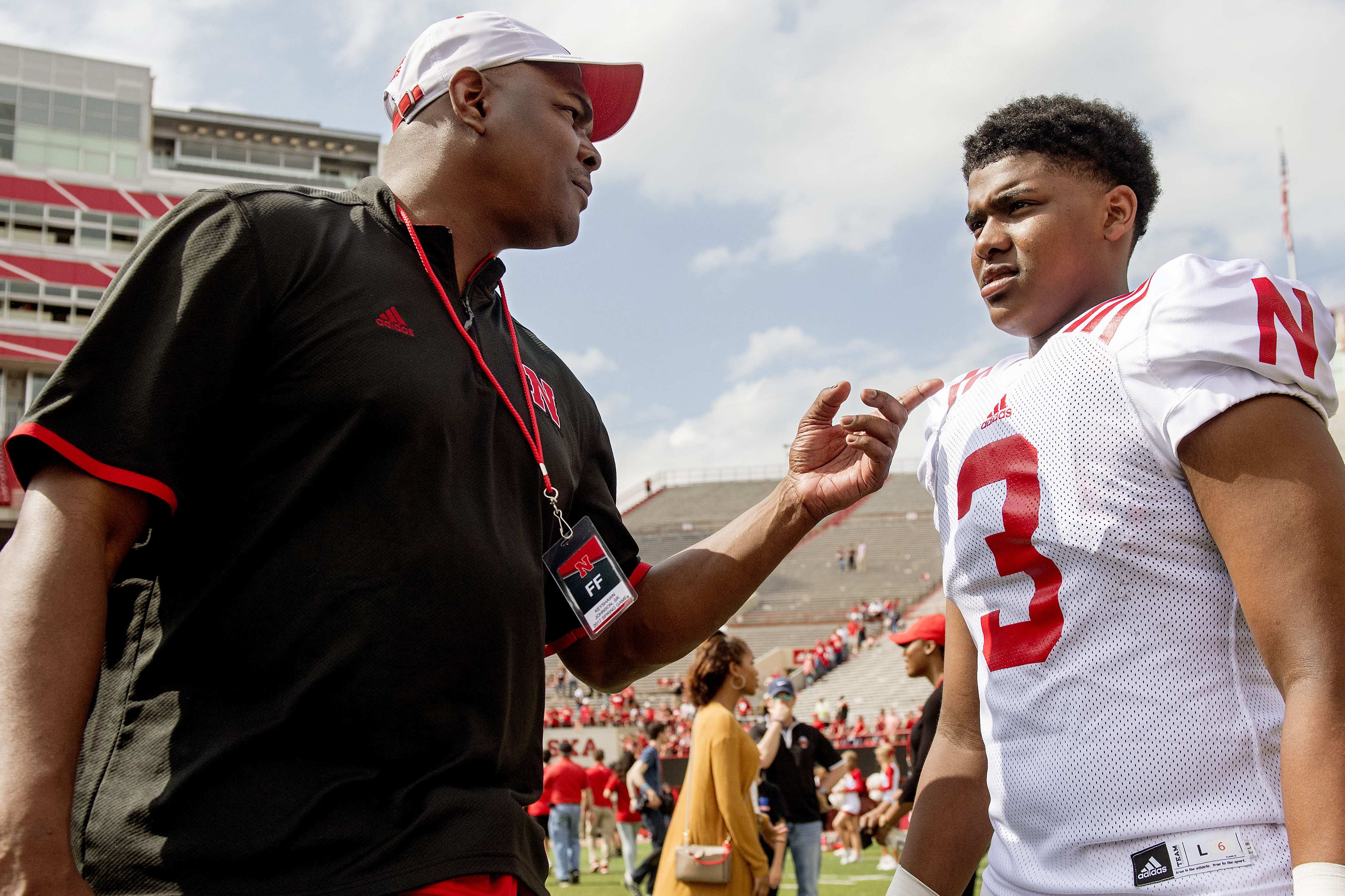 Will Bomani Jones get one of the ESPN Radio spots that will open up during their upcoming shuffle? — @ryanmcneill

Before we get to Bomani, let’s deliver a little update. It is looking more and more like Keyshawn Johnson will end up on ESPN Radio’s new morning show, according to sources. The deal isn’t done, but it is moving in that direction. Johnson currently does ESPN Radio in Los Angeles.

Who will join Johnson is still in question. ESPN has talked to Max Kellerman about it, but there is concern that doing mornings would be too much if he continued with Stephen A. Smith on “First Take.” Kellerman would be getting up at 4 a.m. and on live TV and radio for six hours. Possible, but not necessarily probable.

Kellerman wants to stay on “First Take,” so moving him into a 1-3 p.m. national radio slot may become an option. Mike Greenberg remains a possibility there, as well, though nothing is in the works.

As for Jones, he left afternoon radio of his own accord. While it is not impossible he could return, he could be considered for his old 3 p.m. slot being vacated by Will Cain. Jones does a lot of TV during the afternoons so I tend to doubt this happens. The digital space with his podcast seems as if it is good terrain for him.

As previously reported, ESPN has discussed moving Dan Le Batard’s show out of midday, though, it is unclear if it will happen now and, with Keyshawn and others on board, what is next for Trey Wingo and Mike Golic Sr. & Jr. is in question.

Money aside, what benefits does Turner bring to the table that made MLB want to renew with them as opposed to finding a different suitor? — @Shailen_Shah

Well, money is the main answer as the issues that have been associated with Turner’s coverage may not change, though the sides are trying to address them.

First off, ESPN/ABC had some interest in the package and in terms of distribution and relevance probably could have offered more. But with the pandemic and ESPN/ABC saving up for the NFL, that was thwarted. ESPN will likely retain “Sunday Night Baseball” and still could get in on expanded playoffs.

CBS did a small kick of the tires on baseball, while NBC did not have interest, according to sources.

By moving its Sunday package to Tuesday beginning in 2022, Turner could try to create a must-watch pregame show to bring more relevance to its regular season. It often felt that when TBS showed up for the biggest games, with some inexperienced baseball folks behind the scenes, it didn’t feel natural.

When do you expect ESPN to make an announcement on who will be calling MNF? Who do you think gets it? — @Neilschoolnik

ESPN feels no rush as it is going internally. It looks like there will be a college season, but if there is not they would likely shift Chris Fowler and Kirk Herbstreit over.

With colleges playing, Steve Levy is the favorite on play-by-play. You wonder if they could try out Levy, Dave Pasch and Bob Wischusen to see how they sound with the analyst candidates of Dan Orlovsky, Louis Riddick and Brian Griese. Levy and Griese have worked together for a while. You would think by next month at the latest they’d want to have it settled.

What do you expect the future of digital media entities to look like? So many local ones have folded during the pandemic. — @Brandon_Warne

I think you want to be small and nimble or humongous. Being in the middle is not really where you want to be. But for people who make content, the avenue to be direct to consumer and to reach more people has never been easier or larger.

I think there is an opportunity to make a fair salary covering a town or region with a small, direct-to-consumer subscription business that in some ways could replace the role of the local newspaper. At $5 a month, you would need 2,000 subscribers to gross $120,000.

The economy is terrible everywhere, but the opportunity to create something new has never been easier.

Miss Manners: Proposed ‘thank-you vacation’ won’t be a vacation at all

Miss Manners: Proposed ‘thank-you vacation’ won’t be a vacation at all