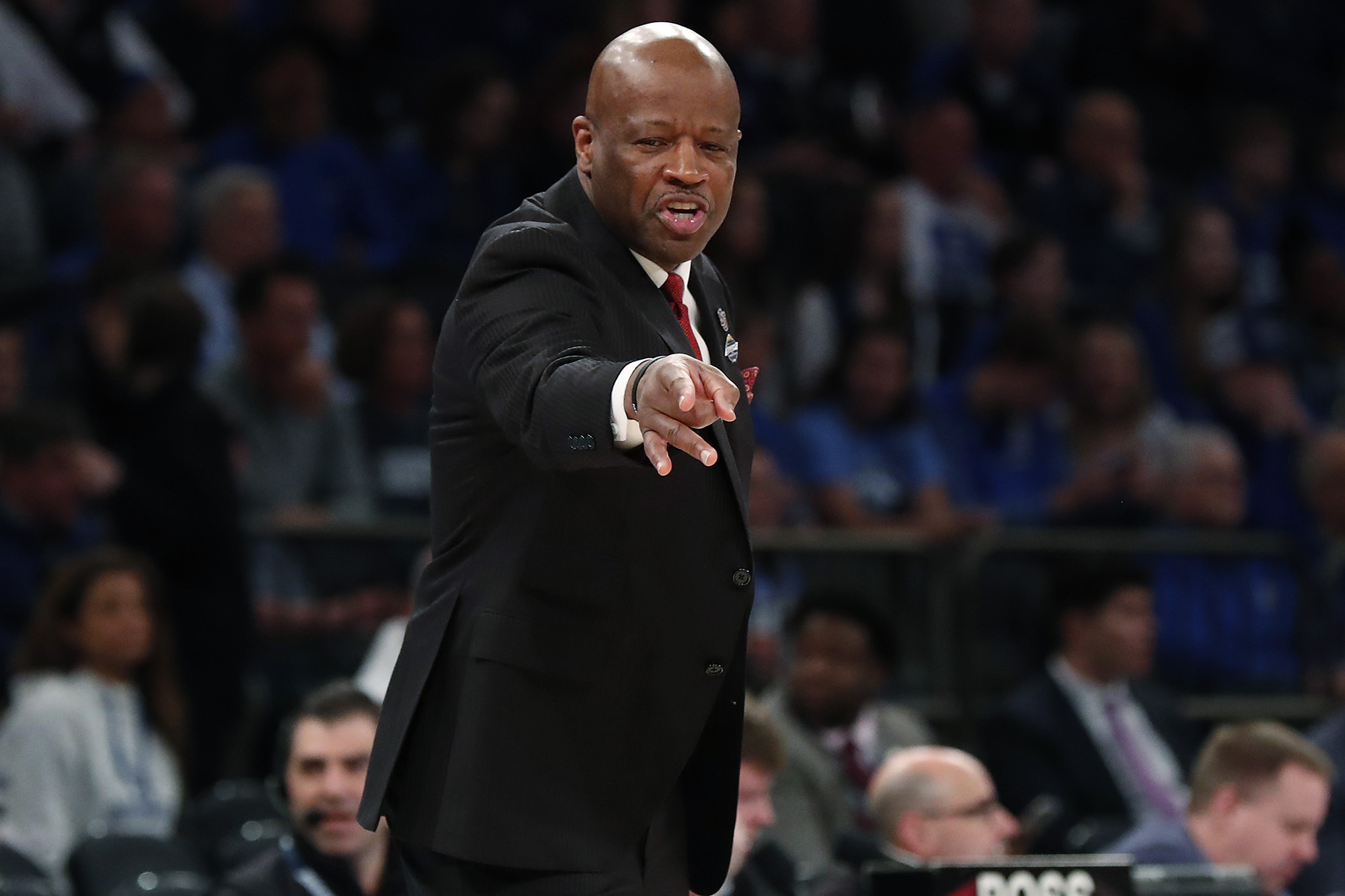 St. John’s is on the board for 2021 and it has landed one of its top local targets, continuing a trend under coach Mike Anderson.

On a Zoom call, the three-star recruit told the coaching staff he was committing, and they responded by telling him: “Welcome to the family.”

“Everyone’s face lit up on the call,” he told The Post in a phone interview. “They were very happy.”

And with good reason. The 6-foot-8 Traore could be the start of a big class. At least that’s the hope. Traore liked the idea of being the first member of the class and hopes more local prospects follow him to St. John’s.

“Anybody from New York City that is very interested I will try to recruit them,” he said. Two of his AAU teammates, four-star recruits Kyle Cuffe and Franck Kepnang, are prime St. John’s targets.

St. John’s has wanted to add size to its class and Traore provides that, along with a relentless motor that should fit in well in Anderson’s up-tempo, pressing style.

“He’s got some stuff that will translate right away,” one college coach involved in his recruitment said. “He plays his absolute ass off. He rebounds really well, and he’s been a piece of high-level winning teams.

“Early his value will be defensive versatility, rebounding and he’s the type of guy who gets a rebound, outlets it, runs like someone’s chasing him to the other side of the floor every single play. He’s a blue-collar winner.”

The coach believed had there been an AAU season, his recruitment would’ve significantly improved. It wasn’t an easy decision for Traore. Stony Brook, which had recruited him going back to his freshman year of high school, was a close second. In the end, though, playing in the Big East for Anderson was something he couldn’t pass up. He was drawn to the culture Anderson is building and the family environment, along with the lure of playing at the highest level.

“Basically, all my life I’ve been playing with high-major kids,” he said. “I have the confidence to go to the Big East and go to St. John’s and make stuff happen, make an impact on the team.”

He’s already shown to be a winner at the prep level, a key piece to winning programs with the PSA Cardinals and Long Island Lutheran, which won the New York State title in 2019, Traore’s sophomore year. Now he is bringing those same qualities to St. John’s.

“Drissa has a high motor and remarkable work ethic,” PSA Cardinals director Munch Williams said. “His on court play personifies the law of attraction. He brings belief, energy, and earnestness to every moment and accordingly, great things follow. He’s a supportive teammate and a humble young man who has seen himself grow tremendously over the past few years. Tasting success has only made him hungry for more and we expect Drissa’s trajectory to blossom exponentially in the next few years.”