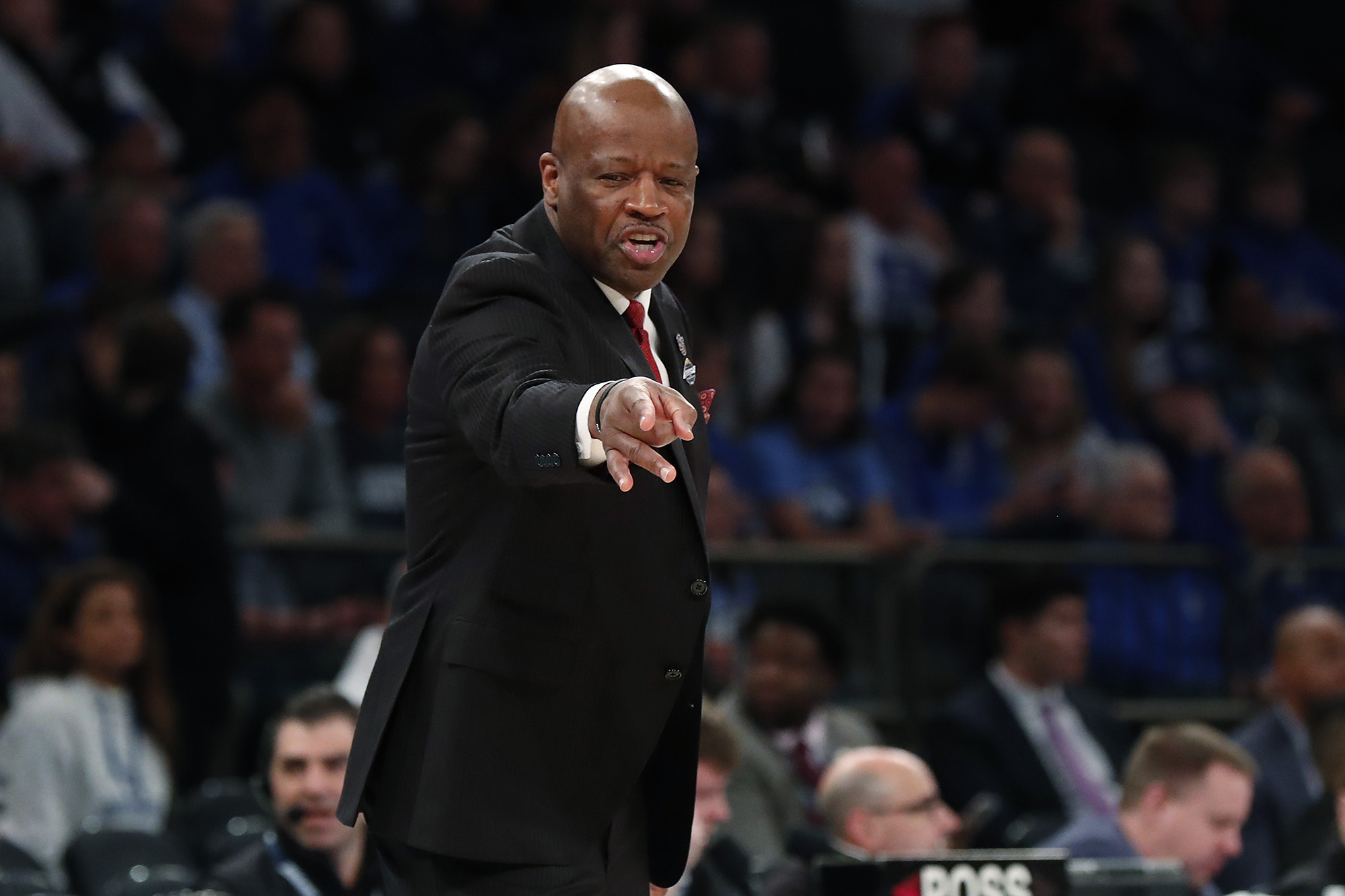 For years, St. John’s fans have bemoaned the absence of locals on the roster. They wanted to see the best players from New York City, Westchester and Long Island wearing red.

Coach Mike Anderson and his staff are starting to provide them with those possibilities.

Monday afternoon, the Johnnies landed arguably the most significant local of the Anderson era, picking up a verbal commitment from senior Rafael Pinzon of Long Island Lutheran and the New York Jayhawks.

The 6-foot-6 guard chose St. John’s over Florida and New Mexico. Rated as a four-star recruit by ESPN, Pinzon represents a significant recruiting victory for Anderson and assistant Van Macon.

“This is a big-time get,” Jayhawks AAU director Jay David said. “I think it’s a big-time fit for everybody.”

Pinzon can play on and off the ball. There were times last year LuHi used him at point guard and St. John’s envisions him playing, and defending, multiple positions.

“He’s a legit combo guard. He knows how to pass. He’s 6-6, he uses angles really well,” David said. “He defends at a really high level and he shoots the crap out of the ball.”

Pinzon, who came to Long Island from Puerto Rico three years ago, said he picked St. John’s because of the fit, his comfort with the coaching staff, the uptempo style of play, and the opportunity to come in and play immediately as a freshman. Macon led his recruitment, staying in contact with him almost daily. He got to visit St. John’s for its Red Storm Tip-Off event last year, and was impressed by the atmosphere and bond the players had.

The presence of Drissa Traore, Pinzon’s teammate at Long Island Lutheran who committed to St. John’s in early August, shouldn’t be discounted, either. The two are very close and Pinzon said Traore played a significant role in his decision.

A coach familiar with Pinzon believes he would’ve been a hot commodity had there been an AAU season this summer, and sees him as a top-125-level prospect in the country.

“Playmaking guard who can really score,” is the way the coach described him. “He has good size, deceptive athleticism and deep range. Very good shooter who will only get better with strength.

“He should make an immediate impact in the Big East.”

Anderson and his staff have made recruiting locally a priority, picking up players like Julian Champagnie, Posh Alexander, Dylan Wusu, Rasheem Dunn, Traore and now Pinzon. Six of them could be on the roster next year — Dunn will graduate — giving St. John’s a strong base of local talent.