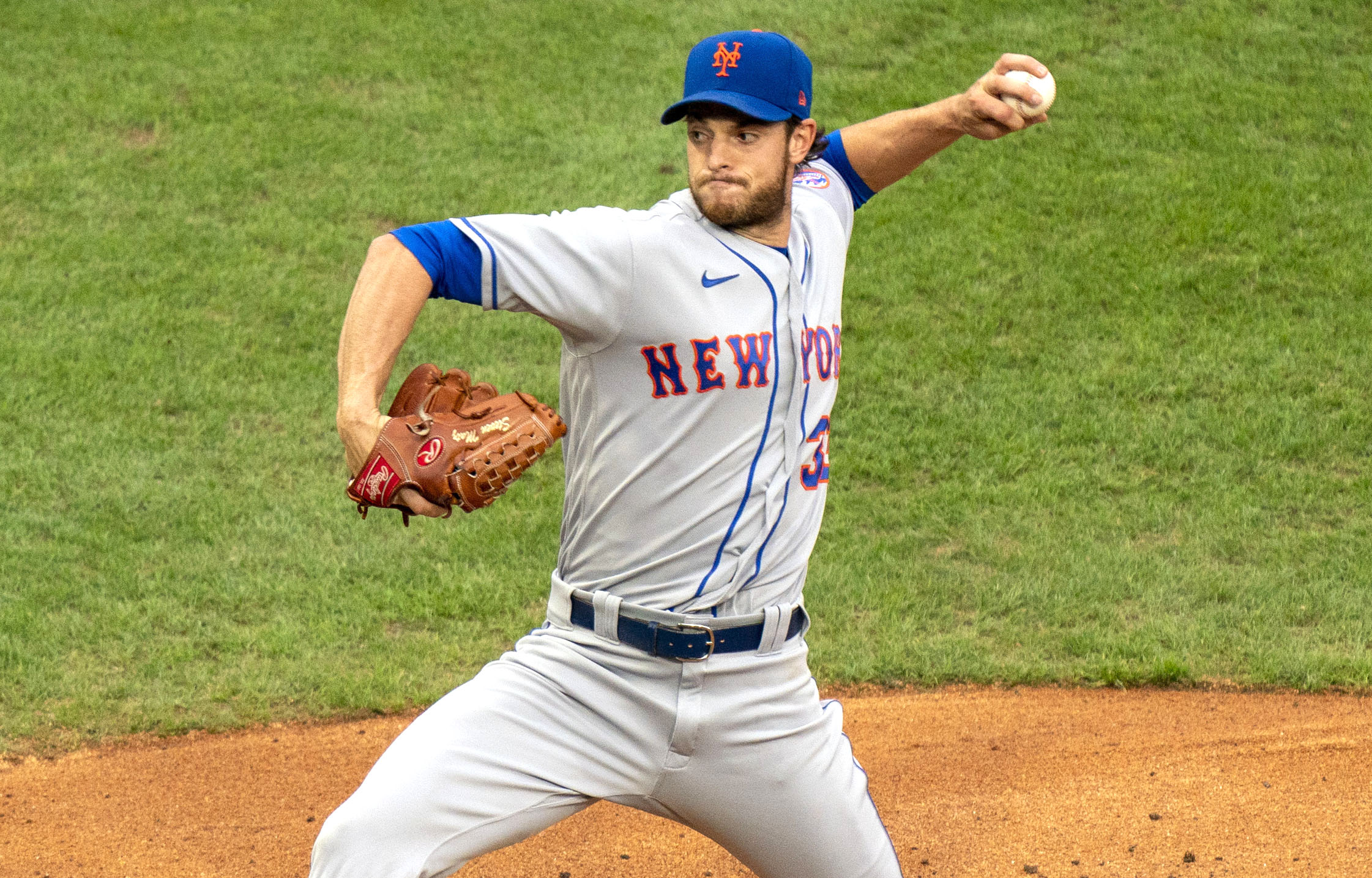 BUFFALO — Steven Matz’s return to the Mets could occur within the next few days.

The left-hander was scheduled to throw a side session Friday at the Mets’ alternate training site in Brooklyn, after which manager Luis Rojas said Matz would be evaluated for a return.

Matz has spent the last two weeks on the injured list with left shoulder bursitis and likely would rejoin the bullpen upon in his return, though he could be asked to replace struggling Michael Wacha in the rotation.

Rojas is yet to commit beyond the next two days in the rotation, with Seth Lugo and David Peterson scheduled for Saturday and Sunday against the Blue Jays. There is a chance Rojas simply will employ a four-man rotation for this week, as Monday’s off day will allow him to use Rick Porcello on normal rest for Tuesday’s series opener in Philadelphia. The Mets won’t need a fifth starter until next Saturday, at which time Rojas could choose between Matz and Wacha.

“We are working on keeping Matz stretched out,” Rojas said before the Mets’ 18-1 victory over the Blue Jays

Matz has ensured his own struggles this season, pitching to an 8.63 ERA in six appearances, five of which have come as a starter.

Dellin Betances also is throwing at the Mets’ alternate training site in his rehab from a right lat strain.

Much of the Mets’ pre-series preparation centered on getting to know Sahlen Field, a Triple-A ballpark that is serving as the Blue Jays’ home this season. Several Mets played here as opponents in the International League.

Rojas said he planned to focus the pregame on defensive work, allowing the Mets to get an idea about the playing surface and how the ball travels on the ground. But the Mets couldn’t prepare for the stadium lighting, which has received poor reviews. Rojas noted that the earlier 6:37 p.m. starts on Friday and Saturday will provide for extra natural light.