Student only identified as ‘black guy’ in high school yearbook 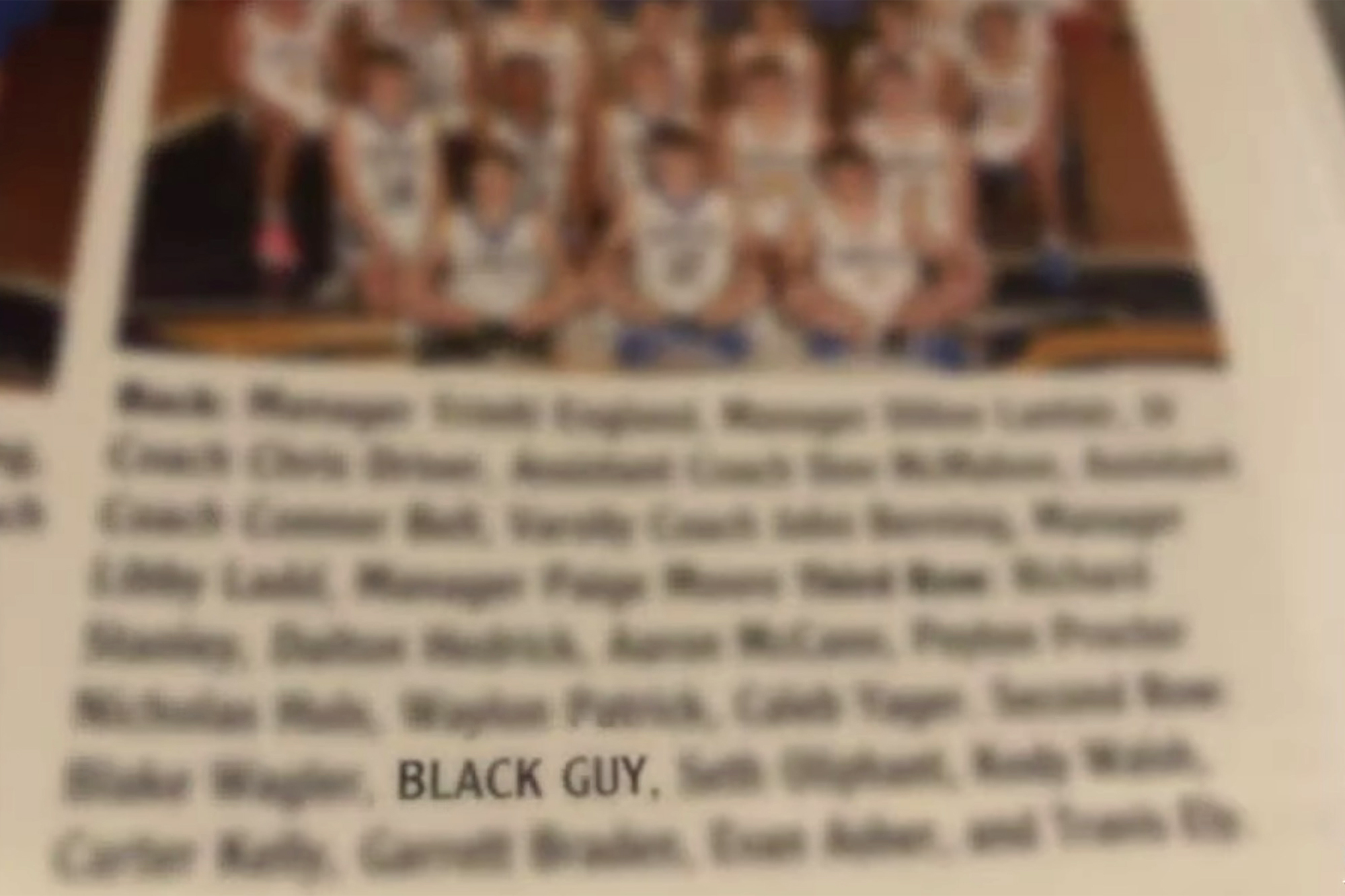 A black Indiana high-school student was only identified as “BLACK GUY’’ in a caption in the yearbook, forcing local education officials to publicly apologize for what they called a “truly reprehensible error.’’

The caption accompanied a photo of the basketball team at the predominantly white Brown County High School in Nashville, Ind., outside off Bloomington — and included the names of all of the other players, who appear to be white, according to local WRTV.

“In the 2020 yearbook, a student was indicated instead of by his name, he was indicated as, quote, ‘black guy,’ ” county schools superintendent Laura Hammack said in a Facebook Live appearance Monday night.

“As such, an investigation began once we were notified of this indication,’’ she said.

“We are trying to better understand what this situation is about,’’ the schools chief said.

She said school officials spent Monday “with the family’’ of the black student “to ensure we are here to support them and to fix this awful situation.

“This is a clear violation of our non-discrimination policy,’’ Hammack said. “We can’t with any sort of clarity this evening tell you what happened.’’

She said the district is now considering having the yearbooks reprinted so it can collect the botched ones and hand out a revised version.

The schools chief added that the district has been contacted by students “sickened by [the caption], and I couldn’t agree more.’’

The Indiana high school has a student population that is 93 percent white and 7 percent minority, according to US News.

Next in line will be the recently-released flagship Xperia 5 II, which looks set to get Android 11 in January 2021. The mid-range...
Read more

AJ once again was ready for another challenge as he took on the next trial alongside Olympian Mo Farah.They played Game of Groans...
Read more
Load more

Some Sony Xperia users will get Android 11 this month, but...