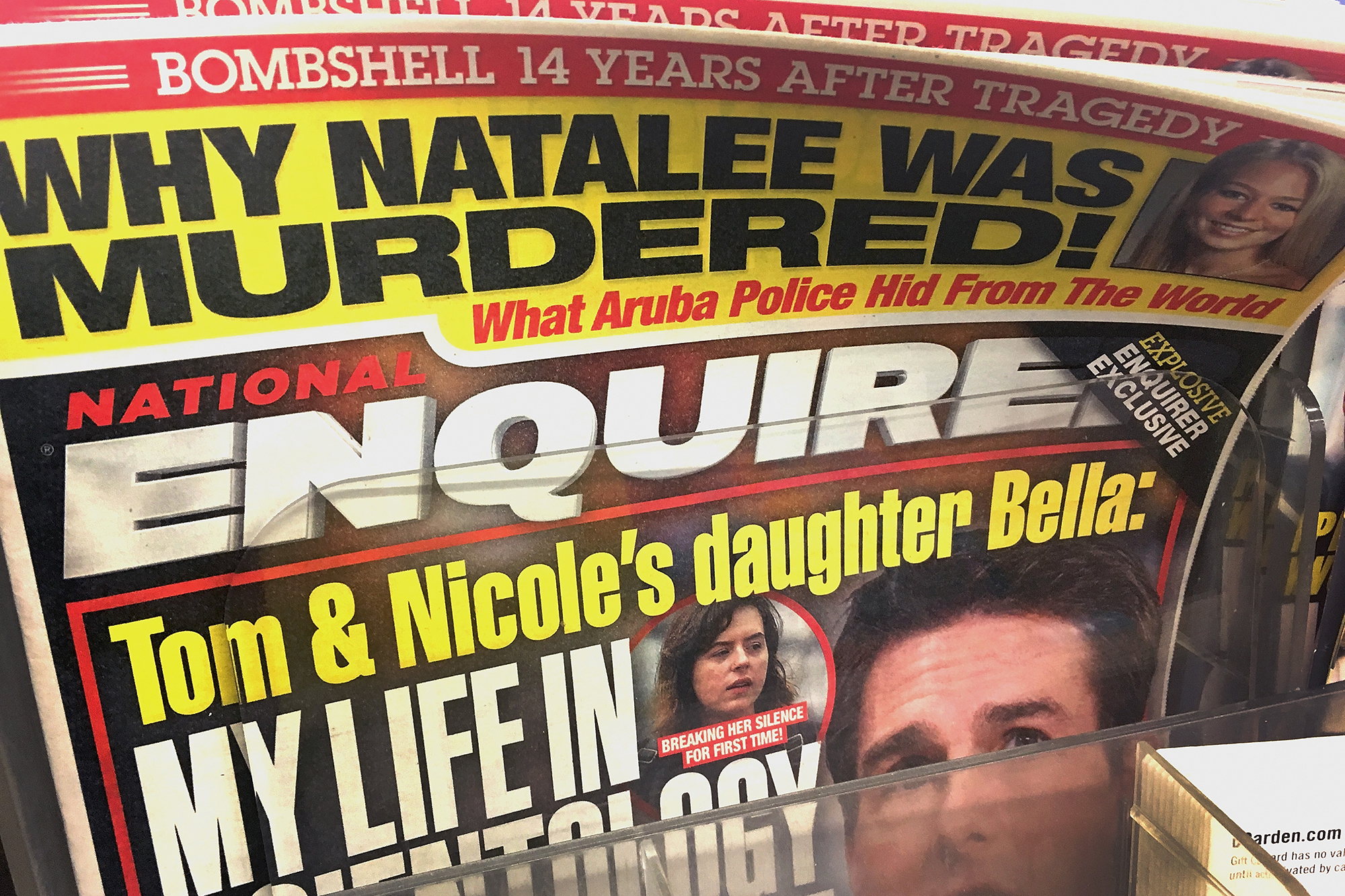 Catch-and-kill may have killed the National Enquirer Live! theme park.

At least that is the claim of an explosive new lawsuit filed by theme park developers Frontpage Attractions, which says it was forced to remove attractions — and even change the park’s name — after the National Enquirer got into hot water for paying for stories in order to spike them.

The suit claims the supermarket tabloid’s parent company, American Media, enthusiastically embraced the idea of a park covering its most celebrated stories — from Michael Jackson to Princess Diana — when it was first approached in 2010. But on the eve of its May 2019 launch in Pigeon Forge, Tenn., American Media executives began a campaign to withdraw their approval for major exhibits, including one dedicated to President Trump, the lawsuit said.

“Shortly before the Pigeon Forge Attraction was set to open, and even though a majority of Frontpage’s exhibits had been finalized, AMI also forbade Frontpage from making any mention in its exhibits of a long list of famous individuals featured in the most sensational National Enquirer stories,” according to the suit, filed in Florida state court in Orlando on Wednesday.

“This most particularly applied to any content pertaining to President Donald Trump. This included forcing Frontpage to remove a previously approved exhibit concerning Trump that cost over $100,000 to create, and which featured a Trump photo,” the lawsuit claims.

Just one year earlier, in October 2018, American Media boss David Pecker had promised the park developers that he would get the president to promote the park on his Twitter account, which carries a huge following, the lawsuit claimed.

“Pecker, with great aplomb, anointed the attraction with the name ‘National Enquirer Live!,’ promising a star-studded grand opening for which he pledged even having President Donald Trump send a live congratulatory tweet to the visitors,” the lawsuit claimed.

The lawsuit says Frontpage spent $2 million building the attraction in Pigeon Forge, which now includes a 3D exhibit of the fatal limo ride that killed Princess Diana in Paris, and another $2 million on a park in Branson, Mo., which never opened.

The suit claims the change of heart was tied American Media’s admitting to federal prosecutors in December 2018 that it helped Trump’s campaign workers suppress negative stories about the presidential candidate, including by paying hush money to a woman who claimed to have had an affair with him. Trump has denied the claims by the woman, Karen McDougal, and has not been implicated in the campaign offenses that led to his former lawyer Michael Cohen being sentenced to three years in prison.

The lawsuit says the final straw came when Pecker demanded Frontpage pay $500,000 before opening. When the company refused, it was stripped “of almost all vestiges of any National Enquirer content.” This forced the park to change its name to Behind the Lens.

The company is suing for fraud and breach of contract. “The loss of use of the National Enquirer [intellectual property] and the ability in good faith to brand the attraction with the ‘National Enquirer’ name caused Frontpage to suffer millions of dollars in damage for which it brings this action,” it said.

“Our guys spent months going through their vault and had hundreds of thousands of pieces of information — then it suddenly stopped,” said Frontpage’s lawyer, Tucker Byrd.

A spokesman for the tabloid publisher vehemently denied the charges. “American Media has delivered on every aspect of the contract and we look forward to exposing these frivolous claims for what they are, a desperate attempt by Frontpage Attractions to cover up their own financial failures.”