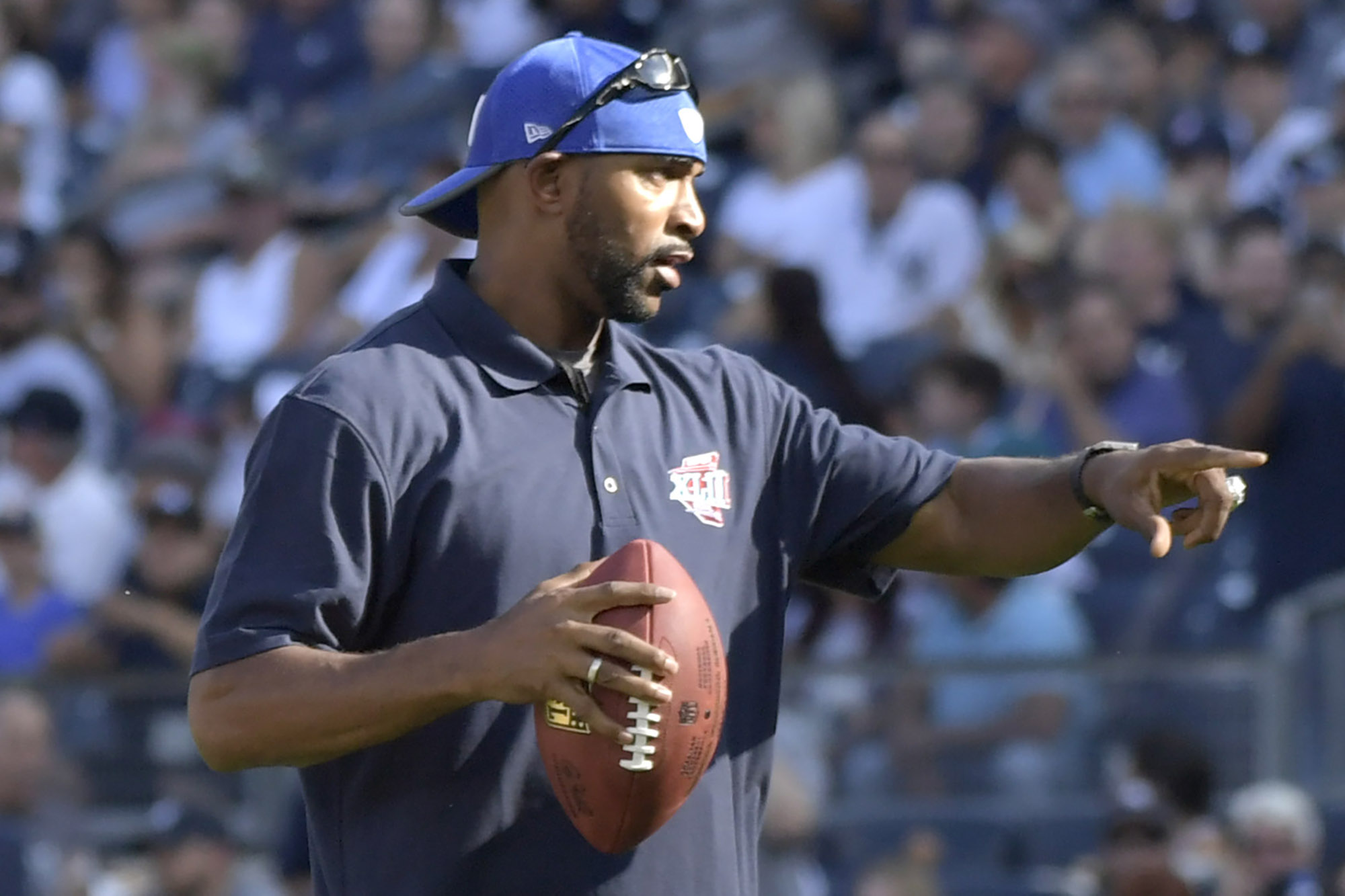 David Tyree, forever ingrained in New York Giants folklore for his helmet catch in Super Bowl XLII, is no longer with the organization. Tyree, 40, had been the team’s Director of Player Engagement since 2014.

Previously, the Giants Player Development department was led by Tyree and before that was led by another former Giants player, Charles Way. Lawrence is a licensed psychologist in the State of California.

Tyree, a 2003 sixth-round draft pick from Syracuse, made a name for himself on special teams with the Giants, also filling a role on offense as a seldom-used wide receiver. He caught a touchdown pass in Super Bowl XLII – he had none in the 2007 regular season – and launched himself into NFL history by pinning the football off a desperation Eli Manning pass onto his helmet for a 32-yard reception to breathe life into the Giants game-winning drive. With safety Rodney Harrison yanking on him to shake the ball loose, Tyree with 1:15 remaining managed to hold onto the ball as he was bent backwards, the tip of the football nearly touching the turf. The Giants went on to stun the previously-unbeaten Patriots 17-14 in Glendale, Ariz.

It turned out to be the last reception of Tyree’s career. He hurt his knee in 2008 and spent that season on injured reserve and did not have a catch in 10 games for the Ravens in 2009.

Tyree and his wife, Leilah, have opened up a Clean Juice shop in Morristown, N.J. Clean Juice is an organic juice bar that serves acai bowls, smoothies, juices, cold-pressed shots and salads. Tyree is from Livingston, N.J.

Nets’ Rodions Kurucs will be relied on to help fill power...