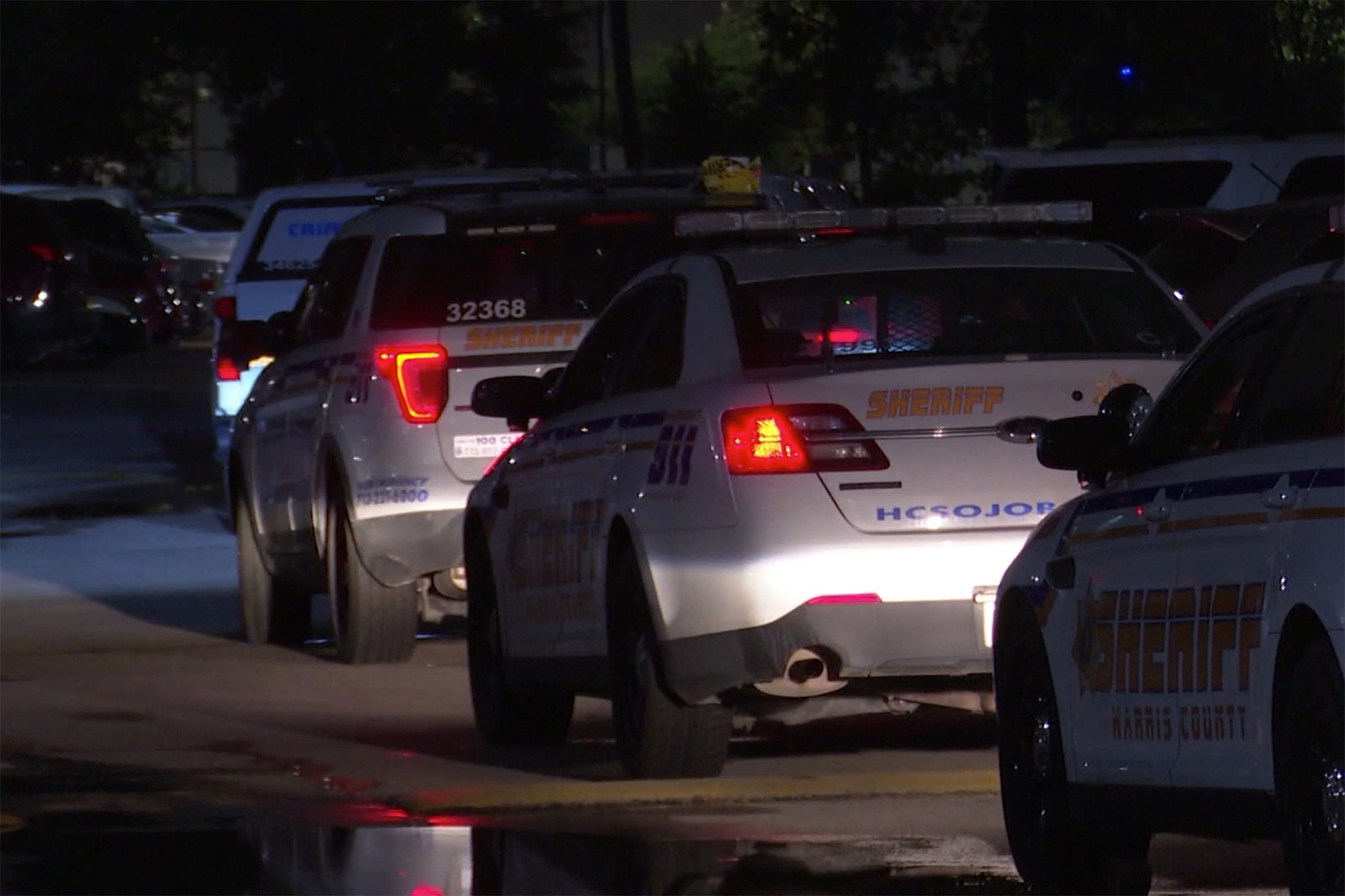 A teen boy armed with a fake AR-15 rifle was fatally shot by a man who had a real gun in Texas early Friday, according to a local report.

The boy was shot around 2 a.m. on Uvalde Road in Houston, Capt. J. Shannon of the Harris County Sheriff’s office told KHOU.

A 911 caller said he arrived at an apartment complex to meet a woman when two young men approached him, armed with what appeared to be AR-15 rifles, according to the report.

In turn, the man pulled out his own gun and shot one of the teens, according to the report.

Responding deputies found the other teen on top of the one who had been shot, giving him CPR. Paramedics responded as well — but the teen did not survive.

An investigation revealed that the teens’ weapons weren’t real — but toy rifles made to look like AR-15s, according to the report.

The surviving teen was taken into custody for questioning, and is described as uncooperative.

The man who allegedly opened fire is also being questioned.

No charges or names were immediately released.

Supreme Court Justice Amy Coney Barrett was sworn in to the nation’s highest court less than two hours after being confirmed by the...
Read more

Donald Trump on Monday night tweeted that there were 'big problems' with mail-in ballots, in a tweet swiftly marked as misleading and blocked...
Read more

A mum has raised eyebrows online, after sharing photos of the very intricate lunchboxes she makes for her husband. The Australian woman, called Christina,...
Read more

Researchers who sent out home finger-prick tests to more than 365,000 randomly selected people in England found a more than 26% decline in...
Read more
Load more

Trump says 'Big problems and discrepancies with Mail In Ballots' in...