Teen girl, 17, is sentenced for plot to attack members of a Black church in Georgia

A Georgia teen was sentenced to a combination of four years at a juvenile facility and a decades-worth of probation after she plotted an attack on a local black church – citing mass murderer Dylann Roof as one of her inspirations.

Caitlyn Pye, a 17-year-old from Gainesville, was found guilty of criminal attempt to commit murder for the plotted attack on Bethel African Methodist Episcopal Church on Mill Street.

Juvenile Court Judge Allison Toller, who handled the case in both the Juvenile and Superior Court, ordered the teen to stay at the Department of Juvenile Justice until she turned 21. 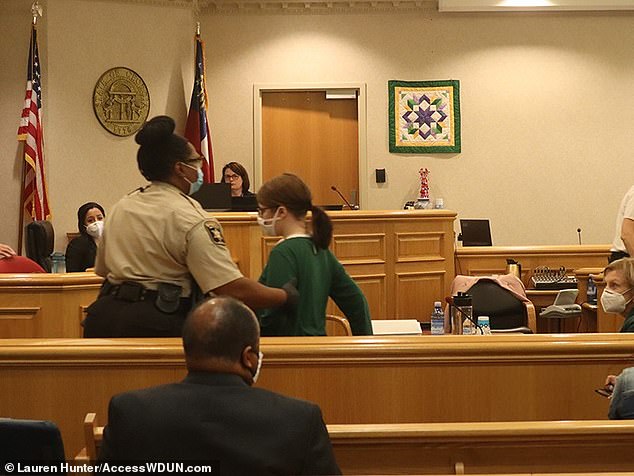 Caitlyn Pye, a 17-year-old from Gainesville, was found guilty of criminal attempt to commit murder

In addition to the sentence, Pye has also been ordered to not have any contact with an AME church in Georgia and must stay 150 yards away from any AME church, the Gainesville Times reports.

Pye was charged on November 15, 2019, after school resource officers discovered that the then 16-year-old girl had a notebook that ‘detailed plans to commit murder’ at the church, according to authorities.

Officials at the school searched Pye’s bag and found a notebook and two T-shirts. One shirt had ‘natural selection’ written on the front while the other said ‘Free Dylann Storm Roof’ and had swastikas drawn on each arm, according to assistant district attorney Julia Greene. 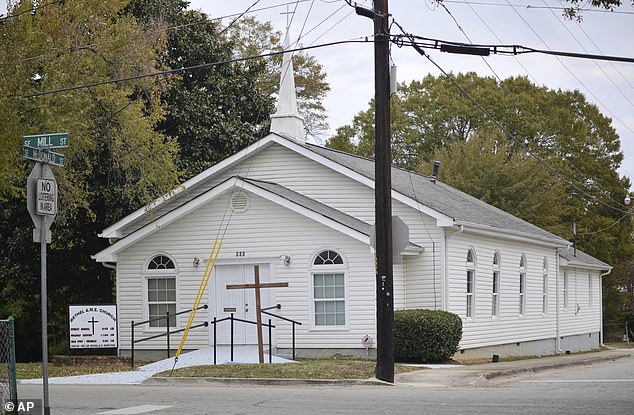 Prosecutors say she visited the Bethel African Methodist Episcopal Church on Mill Street on two occasions, with knives in her backpack

Roof’s name and references to White supremacy were also referenced on the back of one of the shirts. 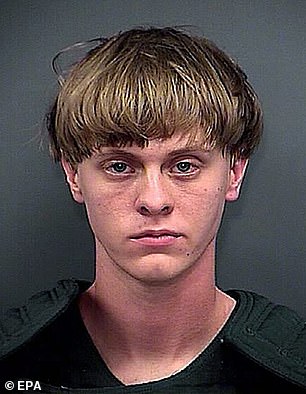 Pye was charged on November 15, 2019, after school resource officers discovered that the then 16-year-old girl had a notebook that ‘detailed plans to commit murder’ at the church, along with a t-shirt paying homage to Dylann Roof (pictured)

In addition to the shirts, authorities also learned that Pye actually visited the church on November 6 and 13 of 2019. At the time, she had two knives in her bag but could not find anyone in the church.

‘Our churches, rather than being places of worship, study and fellowship, have now become armed sanctuaries, where we have to have security in order to feel safe,’ Jackson said.

Jackson called on national leadership, which he said ‘cannot remain in denial about the reality and danger of White supremacists and racism.’

‘While we are angered and frustrated by this incident, we do not hold hostility against this defendant,’ he said. ‘While she apparently hates or hated us, we do not hate her and do not wish to nullify her future and do not give up on her.’

Jackson hoped that the sentence would allow the teen the chance to reflect and be rehabilitated.

Rev. Michelle Rize-Pool, the pastor for Bethel AME, said that the plot caused ‘irreversible harm’ to the congregation and community. According to Rizer-Pool, church attendance started to drop after news of the plot.

‘There are not enough sermons that I can preach, and the choir cannot sing enough about faith, hope and love to erase these images and fears,’ she said. 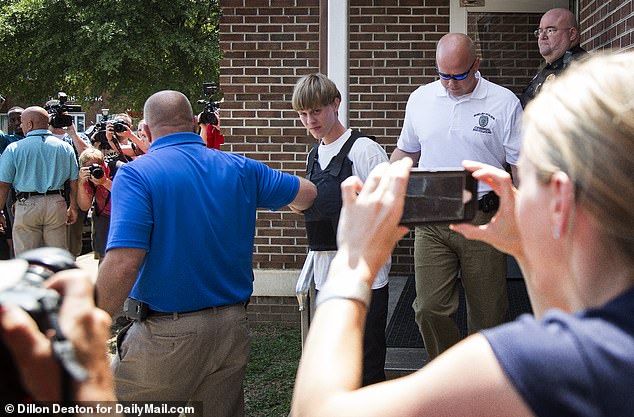 So far, the church has spent $8,500 on changing locks, upgrading surveillance, hiring off-duty police and other security measures. They had initially hoped to use those funds for the church’s parking lot and plumbing.

During the trial, Pye’s mother described her daughter as being ‘such a great child’ who was shy and didn’t have many friends. She added that she noticed her daughter hated going to school.

Outside of the courtroom, Jackson said the case could serve as a lesson about how ‘words and attitudes do matter.’

‘Her attitude was shaped somewhere by somebody,’ Jackson retorted. ‘The mother said she didn’t get it from home, and I generally was moved by her mother. But she got it from somewhere.’

During her court appearance on October 22, 2020, Pye was reduced to tears as she read from a prepared statement. In the statement she shared she was ‘truly sorry for what I’ve done.’