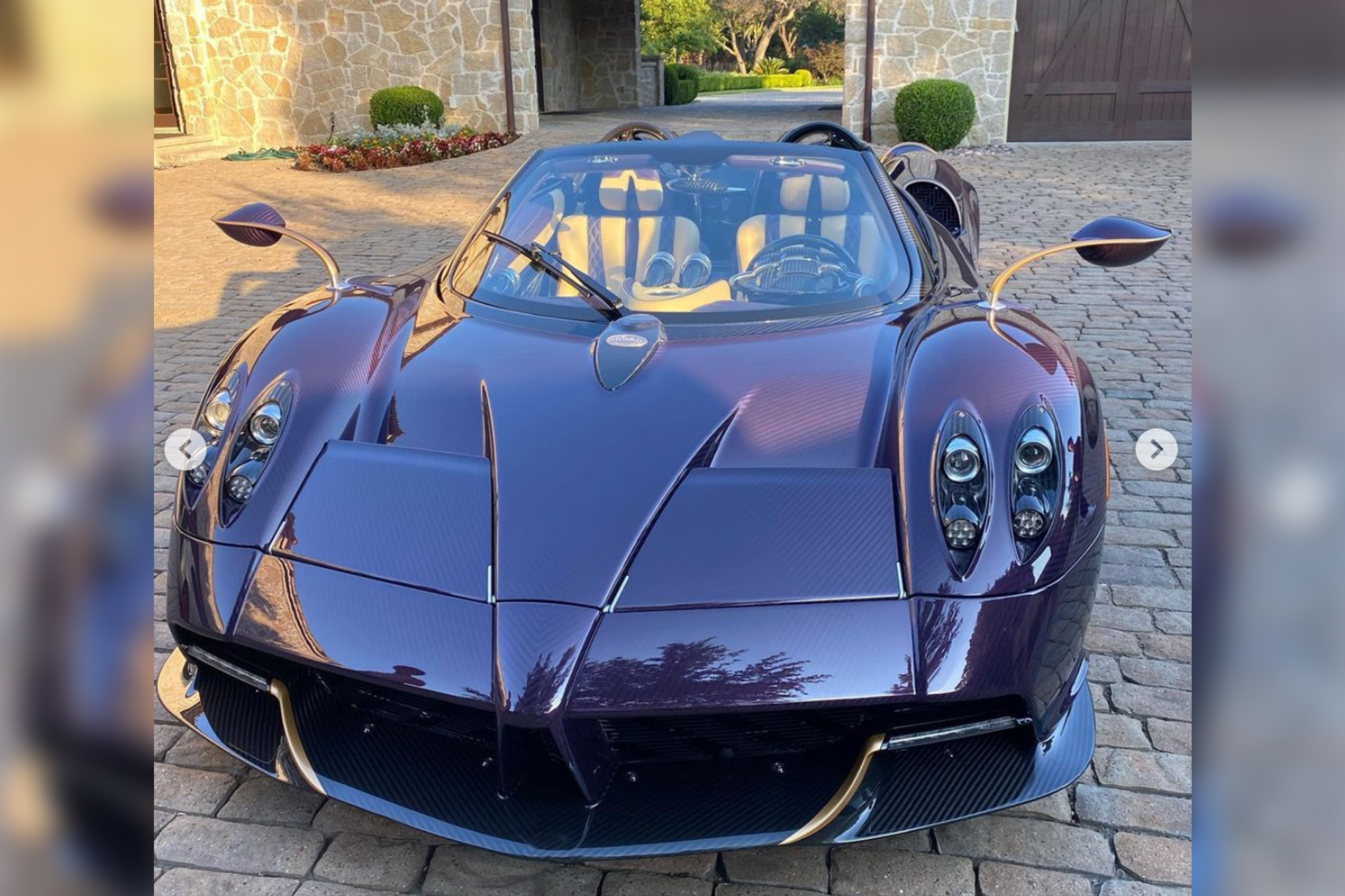 He is sooo grounded.

A teenage YouTube star from Texas was showing off his rich dad’s $3.4 million car when he crashed the ultra-rare ride into a tree, according to wild footage and reports.

Gage Gillean — the 17-year-old son of private equity firm founder Tim Gillean, according to the Daily Mail — was driving the custom-made purple Pagani Huayra Roadster in Dallas when he lost control and mangled the whip, the teen said on Instagram.

“Sh-t happens. Thanking God for a second chance at life. Crash could’ve left us with worse injuries or even death,” he posted on Instagram later, along with images of his pop’s crumpled car.

Gillean, who also shared photos of himself in an arm sling, blamed the crash on low tire pressure and said he suffered minor injuries.

The exotic, Italian-made sports car features a carbon-fiber cabin and can zoom up to 60 mph in 3 seconds. Only about 100 have been released worldwide, according to carbuzz.com

Gillean has roughly 84,000 subscribers on his GG Exotics YouTube page, where he often showcases his luxury cars and yachts.

The teen’s dad is the founder of the firm Cross Equities and owns a fleet of high-end vehicles.

Hunter Biden arranged a meeting with his president-elect dad’s pick for secretary of state shortly after joining the board of a controversial Ukrainian...
Read more
News

Dozens of Chinese dogs destined for the dinner plate will be getting a new leash on life this week when they touch down...
Read more
News

A serial British pedophile has admitted almost 100 offenses on children as young as four — having posed as a teenage girl on...
Read more