Teenagers whose parents are too strict with them growing up struggle with social relationships and educational attainment later in life, study finds

Teenagers with overly strict parents when they are young struggle to form emotional relationships when they get older, researchers claim.

Researchers from the University of Virginia found that children with overbearing and controlling parents at 13 also have trouble with educational attainment by age 32.

This goes against the traditional maxim of ‘spare the rod, spoil the child’, with researchers saying strict parents risk harming their child’s long-term prospects.

Lead author Dr Emily Loeb says parents, educators and doctors should be aware of how parents’ attempts to control teens may be stunting their progress.

‘This style of parenting likely creates more than a temporary setback for adolescent development because it interferes with the key task of developing autonomy at a critical period,’ said Loeb. 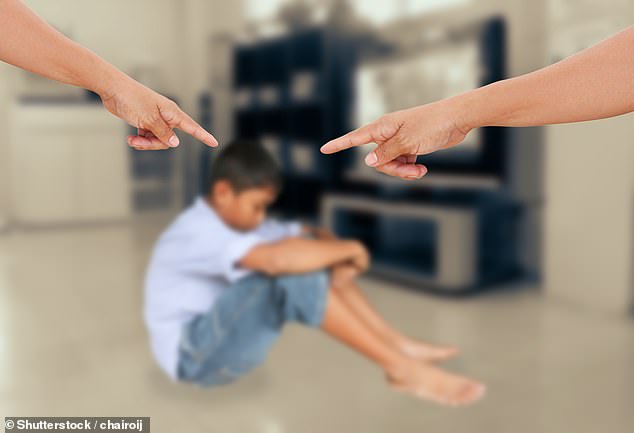 Researchers from the University of Virginia found that children with overbearing and controlling parents at 13 also have trouble with educational attainment by age 32. Stock image

For this new study the team set out to determine the long-term impact on youth of parenting that is psychologically controlling.

Previous research has identified psychological control as a ‘problematic’ parenting behaviour but this study shows there is a lasting impact.

Loeb said that parents attempt to control their children in this way through ‘intrusive’ and ‘harshly manipulative’ means.

This includes withdrawing love and affection when the parent is angry at the child, or making the child feel guilty for upsetting the parent.

She said children whose parents use such tactics tend to have problems such as lower grades and lower self-esteem, likely because the children are discouraged from asserting themselves and gaining independence.

Researchers studied the progress of 184 people from the age of 13 to 32.

The participants, from urban and suburban areas in the south eastern United States, came from a variety of socio-economic backgrounds.

Half were female, and 42 per cent identified themselves as members of minority ethnic groups, according to researchers.

Researchers asked the participants to fill out annual questionnaires about themselves, their parents, and, in adulthood, their relationship status and education.

The findings, published in the journal Child Development, showed that having overbearing and over-controlling parents at age 13 was associated with less supportive romantic relationships for those who were in relationships by age 27. 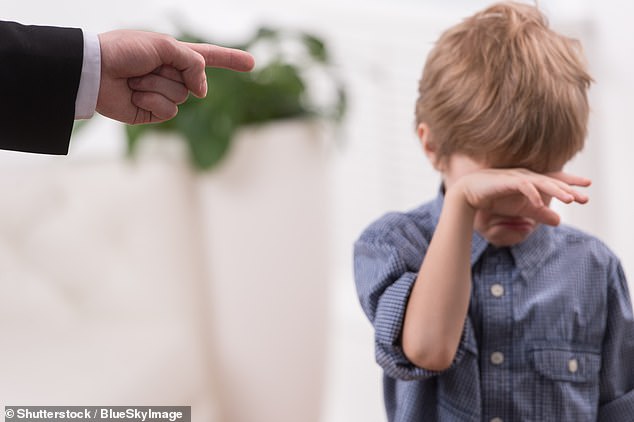 Lead author Dr Emily Loeb says parents, educators and doctors should be aware of how parents’ attempts to control teens may be stunting their progress. Stock image

The researchers also found the offspring of overbearing parents were less likely to be in a relationship by the age of 32.

Those people also had lower educational attainment by the same age, they found.

The most important age, in terms of when these problems begin, are at 15 or 16, according to the researchers.

Teens with overbearing and controlling parents at that pivotal age were less psychologically mature and were less liked by their peers.

Study co-author psychology Professor Joseph Allen said parents might mean well but it could be making things worse for their children.

‘Even though parents routinely attempt to guide their children toward successful adaptation, over-controlling parenting in adolescence has the potential to impede development in a fundamental way that’s not easy to repair,’ he said.

The findings have been published in the journal Child Development.

Parents who are overprotective are sometimes referred to as ‘helicopter parents’.

They earned this stereotype for being perceived as relentlessly hovering over their children, trying to micro-manage their affairs.

The first use of the term is widely attributed to Dr Haim Ginott’s 1969 book Parents & Teenagers.

In it, teens said their parents would hover over them like a helicopter.

The term became popular enough to become a dictionary entry in 2011.

Helicopter parents pay extremely close attention to their children to try to protect them from failure, rejection and injury.

They want ‘happy’ children and often believe that teachers should pay attention to their children in the same overprotective way.

This approach has sparked controversy, with some experts arguing that in order for children to become well adjusted, they need to experience a full range of emotions.

The ‘helicopter’ parent rushes in to help rather than allowing their child to have a go at managing a challenging situation themselves.

Some experts say that this can lead to children who are unable to cope with even minor issues, as they are never given the opportunity to fail and then learn from their mistakes.

However, some experts suggest that such ‘pushy’ parenting may provide children with benefits in later life.

Among them is Dr Matthias Doepke, a professor of economics in the Weinberg College of Arts and Sciences at Northwestern University.

He argues that the intensity of parenting has gone up in many countries in line with rising inequality.

‘Great new book!’: President Trump and his many, many tweets about...

‘Great new book!’: President Trump and his many, many tweets about...