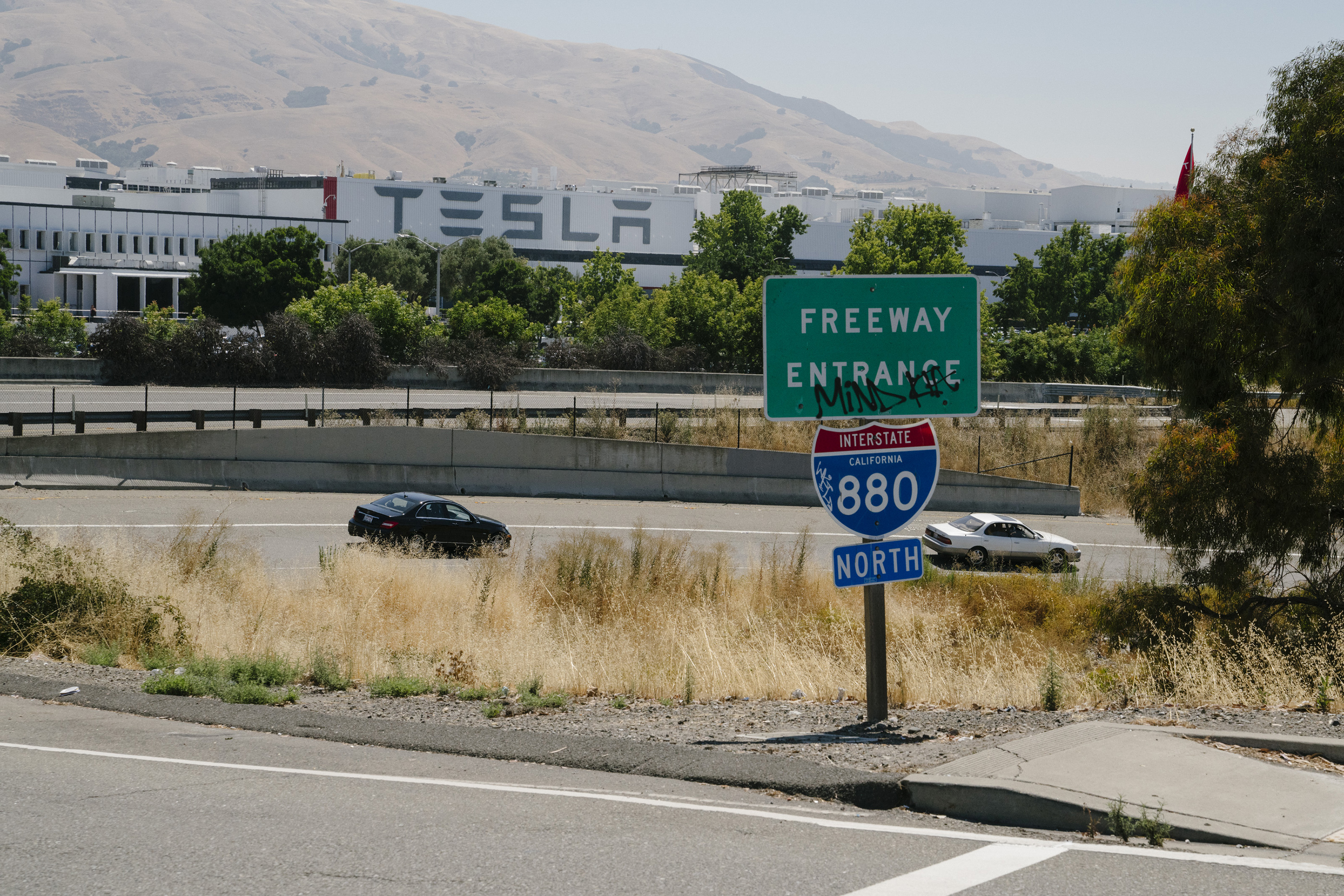 Two Tesla factory workers claim that they were fired for not returning to work over coronavirus concerns — despite promises from Elon Musk that attendance was not mandatory.

The pair of employees at the electric automaker’s Fremont, Calif. factory told the Washington Post that they received termination notices for “failure to return to work” during the state’s lockdown in May, even though they were taking unpaid leave.

Carlos Gabriel and Jessica Naro said they believed they were targeted for expressing concern about working conditions at the plant at a June 15 news conference, even though Musk told employees to “not feel obligated” to come back to the factory floor if they “feel uncomfortable.”

Naro eventually got her job back after speaking to an HR representative, but Gabriel stopped hearing back after insisting on recording the call or having the conversation via email.
Half a dozen anonymous Tesla workers told the paper that the Northern California factory was lax in enforcing social distancing and other safety measures, including the sanitation of machinery.

The report alleges that factory employees are “hovering over each other,” and that there is a lack of communication between management and staff regarding coronavirus cases among workers. Employees disappear for weeks at a time, according to the report, with supervisors saying only that they were “sick.”

A representative for Tesla did not respond to a request for comment.

Tesla reopened its factory last month against Alameda County orders after a prolonged standoff with state health officials. Musk had railed against the coronavirus lockdown, calling it “fascist” and saying the government was “forcibly imprisoning people in their homes against all their constitutional rights.”

The billionaire chief executive has previously downplayed the seriousness of the pandemic, calling it “dumb” in early March.

The company last month laid out a plan for reopening factories, publishing a 38-page “Return to Work Playbook” which called for a wide range of precautions to keep plans clean and prevent the coronavirus from spreading among workers. Factory workers, however, say that equipment is “hardly” ever sanitized and that there is little upper level enforcement of cleanliness standards.

“We will continue to put people back to work in a safe and responsible manner,” Tesla said in May.

Tesla previously pressured workers to go back to the factory and start building cars by telling them that they risk their unemployment benefits by staying home.

“Once you are called back, you will no longer be on furlough so if you choose not to work, it may impact your unemployment benefits as determined by your local government agency — and not by Tesla,” it emailed employees. “We completely respect your decision and will support you, without any penalties from us.”

Registrations of newly purchased Tesla cars in California reportedly fell nearly 40 percent in April and May, thanks largely to the strict quarantining measures put in place by the state to halt the spread of the coronavirus.