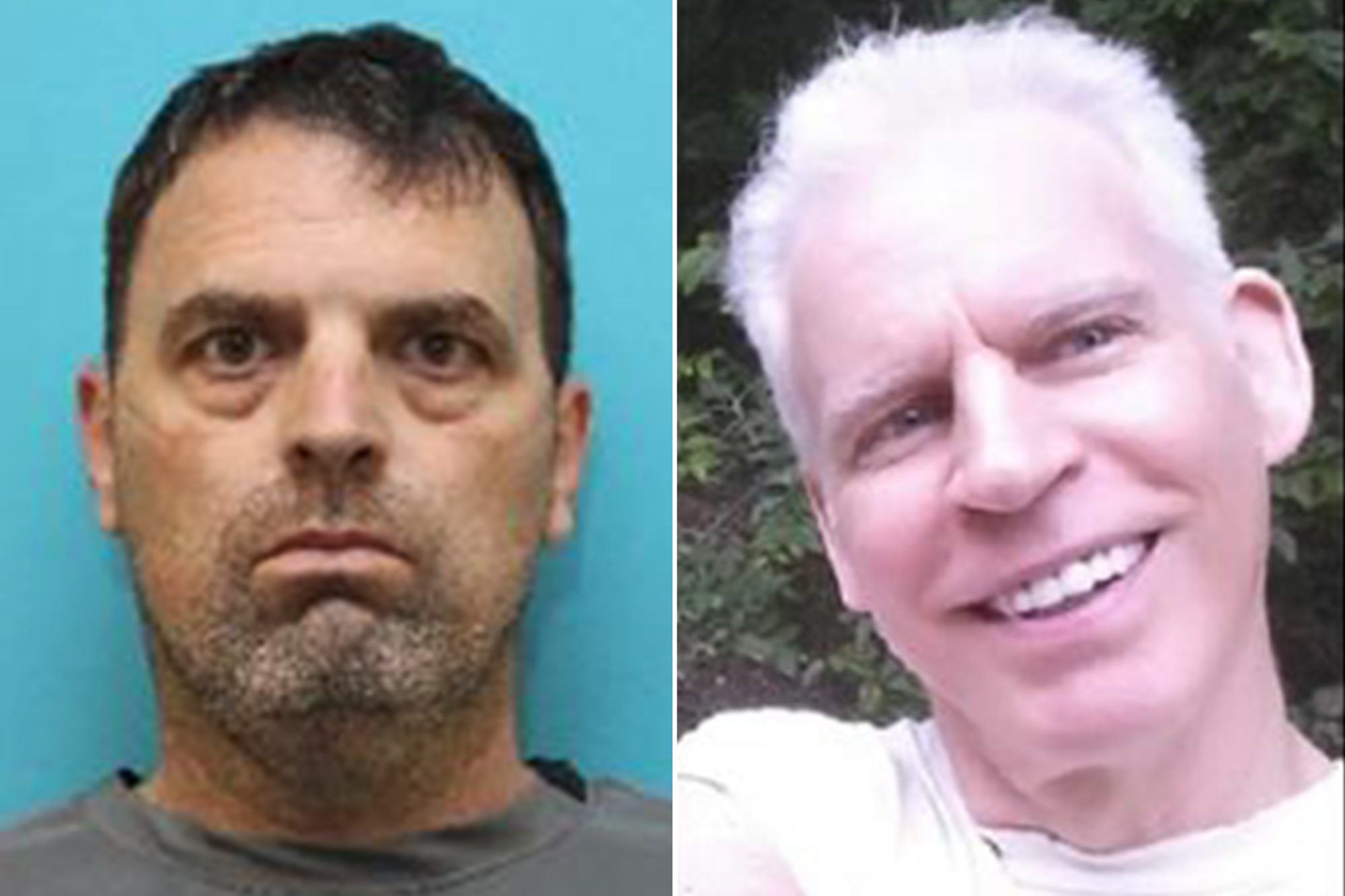 A Texas brewery owner and financial adviser was busted for allegedly murdering a client — and staging it as a suicide — in an attempt to gain control of his funds, according to cops and reports.

Keith Ashley, 48, the owner and founder of Nine Band Brewing Co. in Allen, was arrested Wednesday for the Feb. 19 shooting death of James “Jim” Seegan, Carrollton Police said on Wednesday.

Seegan’s death was initially ruled a suicide after a typed note was discovered next to his body, without any signature — closing with the line, “My last friend Keith Ashley will help you,” according to an arrest affidavit obtained by The Dallas Morning News.

A semi-automatic handgun was found in Seegan’s left hand — but his wife Sakida “Dida” Seegan told investigators her husband was right-handed and not a gun owner, according to the report.

Detectives determined, by watching the home’s video surveillance, that Ashley was the last visitor to the home before Dida discovered her husband’s body in an upstairs office, the paper reported.

Additionally, an autopsy revealed Seegan — who was not a drug user and didn’t appear to have any emergency medical care — had the general anesthetic Etomidate in his system, according to the report.

Ashley allegedly tricked Dida into handing over her husband’s phone after his death, claiming he needed it to contact his financial institutions, according to the paper.

Ashley then allegedly claimed to have “accidentally” deleted the messages he exchanged with Seegan.

While in possession of the phone, he also allegedly wired $20,000 from his victim’s bank account without his wife’s consent, according to the warrant obtained by the paper.

Investigators also determined that Ashley was behind a “Ponzi-type scheme” involving several other victims, police said.

A Michigan professor has been placed on leave after he referred to the COVID-19 pandemic as a “leftist” stunt, and posted other messages...
Read more
News

Progressive lightning rod Rep. Alexandria Ocasio-Cortez and GOP Sen. Ted Cruz clashed on social media over which party is to blame for a...
Read more
News

A record 788,535 people have requested ballots ahead of the two run-off elections on Jan. 5 that will decide control of the US...
Read more

COVID vaccinations from the US and UK could provide people with more than 90 percent protection against the deadly disease. Pfizer, Moderna and...
Read more

A COVID-denier mom who claim masks are 'child abuse' threw a 250-person homecoming party for her teenage daughter and her classmates because she...
Read more
Load more