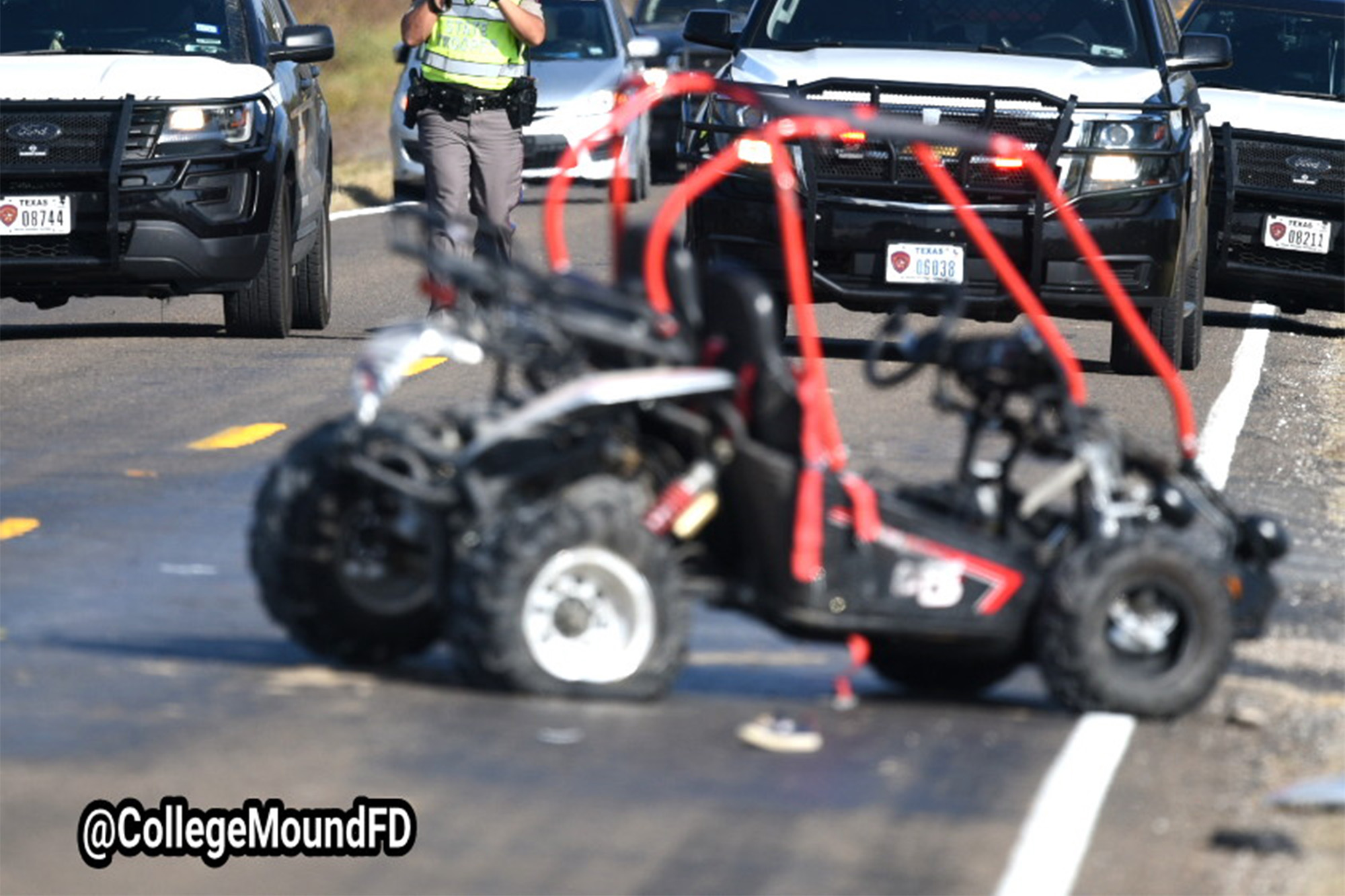 One child was killed and five others seriously injured when the go-kart they were riding was hit by an SUV in Kaufman County, Texas, outside of Dallas, according to reports.

The College Mound Fire Department tweeted it had been called to the scene of a mass casualty incident involving the children, who were ages 7 to 12.

One child died at the accident scene, while three others were flown by helicopter to the hospital and two taken by ambulance.

The SUV driver was not injured, the fire department said.

Facebook
Twitter
Pinterest
WhatsApp
Previous articleDR ELLIE CANNON: Don't rely on cider vinegar to cure your lumps… or anything
Next articleMikel Arteta hopes his secret dossier on Bielsa can lead Arsenal back to winning ways against Leeds