By Rachel Sharp For Dailymail.com

A hero cop in Texas has been awarded the Life Saving Medal after he revived a 20-day-old baby boy who had stopped breathing.

Brazos County Sheriff’s Deputy Adam Dodson has been hailed as a hero for saving the infant’s life back on September 18.

Police were called to the Ramblewood Mobile Home Park, in Brazos County, where CPR was being performed on the newborn baby.

Tense bodycam footage captured the moment Dodson arrived on the scene to find distressed family members huddled around the infant outside a mobile home. 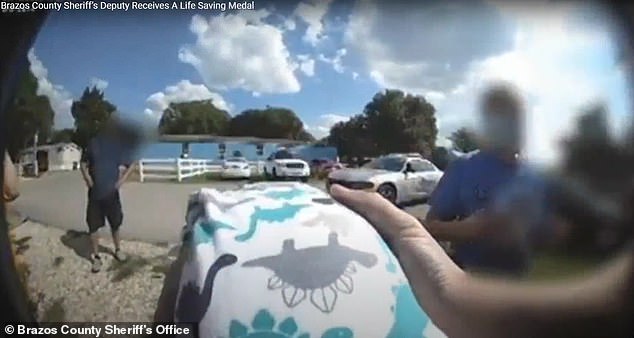 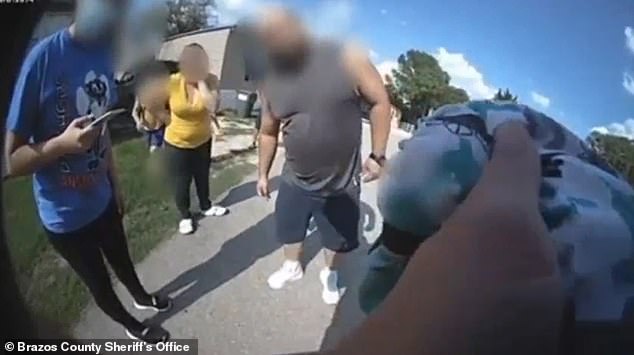 The baby boy was unconscious and not breathing.

A woman is heard crying while another woman tells the officer ‘they don’t speak English’ and translates between him and the family.

Dodson calmly asks how old the infant is and is told he is just 20 days old.

The deputy springs into action and takes the baby in his hands, turning him over and patting his back to clear his airways.

The officer also performs other life-saving measures including the Heimlich maneuver for infants while the desperate family looks on. 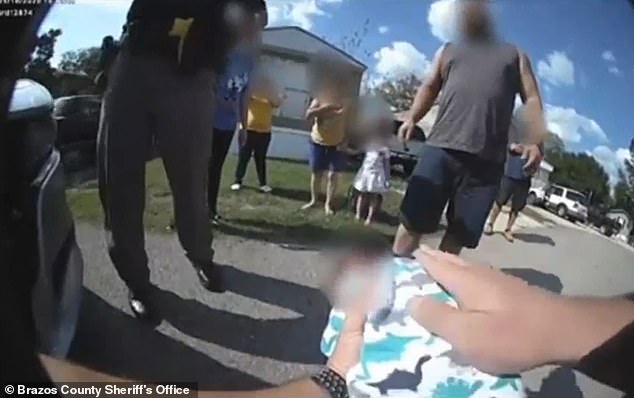 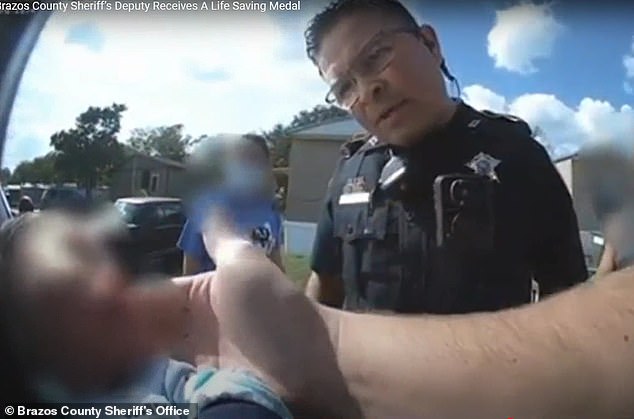 After a long minute, the baby becomes responsive and starts breathing on his own again.

‘She sounds like she’s kind of breathing,’ says Dodson in the footage.

Another deputy is seen in the footage helping him to check the baby.

Bryan Fire Department medics arrived on the scene soon after and the baby was taken to hospital to be checked over.

One of the medics told Dodson ‘good job on that call, you saved that baby’s life.’

Dodson later said it was the longest minute of his life until the baby started breathing again, reported KBTX.com. 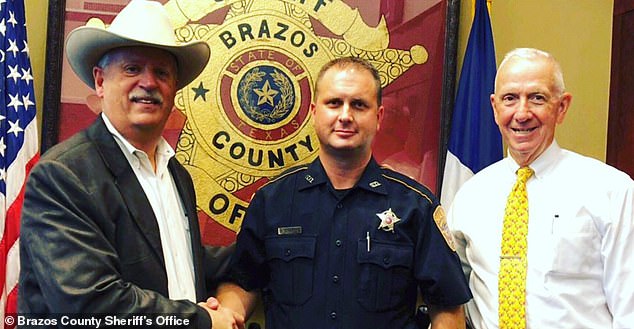 Dodson (center) in 2019 when he was sworn in to the sheriff’s office. The office praised him for his actions and awarded him the Life Saving Medal

The sheriff’s office praised Dodson for his quick-thinking actions that, without doubt, saved the baby’s life.

‘With the baby’s parents looking on in desperation, [Dodson] began to perform life-saving measures, clearing the child’s airway and performing the Heimlich maneuver for infants,’ the office said in a statement.

‘After what seemed to be the longest minute of his life, Deputy Dodson observed the baby becoming responsive and starting to breathe on his own.’

The office said he deserved a commendation for his actions.

‘Adam’s calm and decisive action, unquestionably saved this baby’s life, and he, without a doubt, deserves to be awarded the Life Saving Medal,’ said the sheriff’s office.