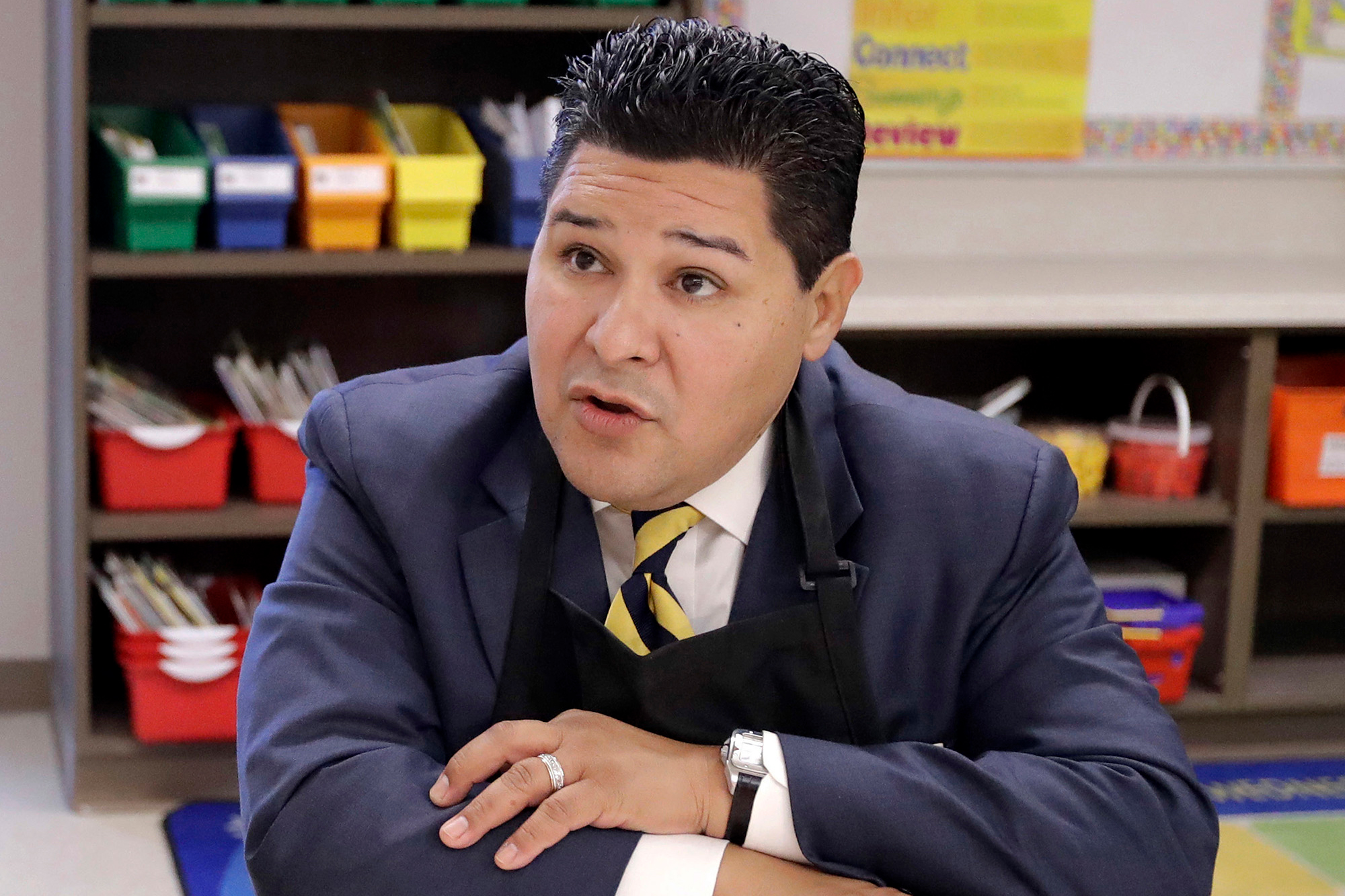 Texas is taking over the school system that Chancellor Richard Carranza left crumbling to take the top job in NYC.

The Texas Education Agency said this month it will oversee the Houston Independent School District after finding it failed to “deliver the best possible education to every Texas child,” Texas Gov. Greg Abbott announced.

When Carranza left for the Big Apple, the Houston Chronicle wrote he “leaves behind a legacy of chaos.”

“If Mayor de Blasio and others think they’ve scored the next great wunderkind, they should think again,” the paper said.

President Trump spent $3 million for recounts in two Wisconsin counties after the election — but so far the end result is 132...
Read more
News

Cindy McCain eyed by Biden for US ambassador to the UK: report

Joe Biden is expected to pick Cindy McCain, the widow of the late Sen. John McCain, to be US ambassador to the UK,...
Read more
News

Bidens, DOTUS to be joined by a cat in the White House: report

It’ll be the purr-fect start to the presidency for Joe Biden. The President-elect and his wife, Dr. Jill Biden, reportedly plan to acquire a...
Read more

I'M A CELEBRITY returned last night with the first elimination. But who left the series?
Read more

Bidens plan on bringing cat to the White House, will join...