That ’70s Show star Danny Masterson will be arraigned on rape charges next month after a judge ruled Monday that the statute of limitations should not apply to the alleged incidents from 2001 and 2003 as it falls under the ‘one strike’ rule.

The 44-year-old actor did not appear in the courtroom as Los Angeles Superior Court Judge Eleanor Hunter dismissed the motion from his defense attorneys Thomas Mesereau and Sharon Appelbaum.

The LA County DA agreed with the attorneys that Masterson – currently free on $3.3million bail – will be arraigned November 2 on three charges of forcible rape.

The ‘one strike’ rule can add anywhere from 15 years to life on top of a sentence.

Masterson faces 45 years to life behind bars in state prison if convicted as charged. 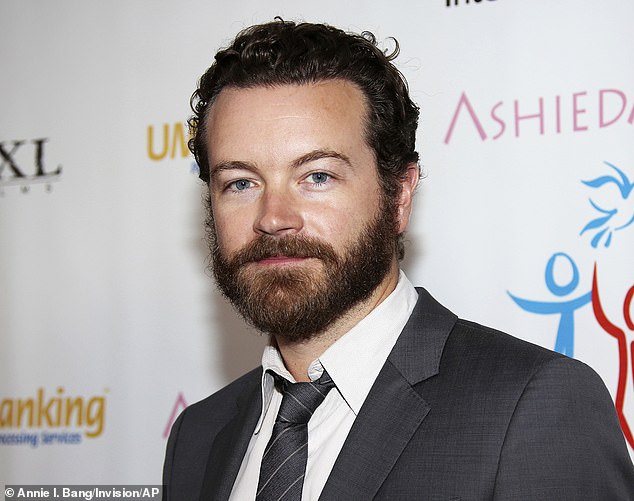 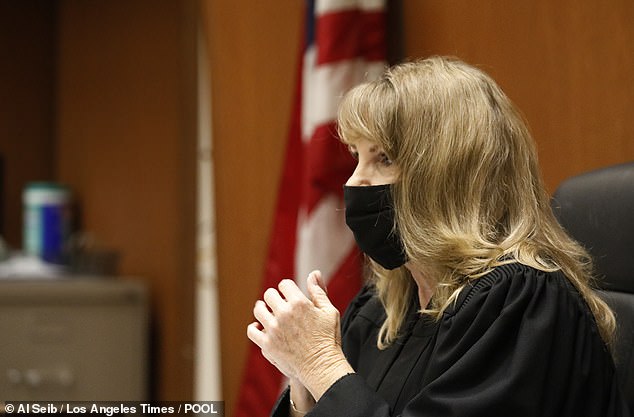 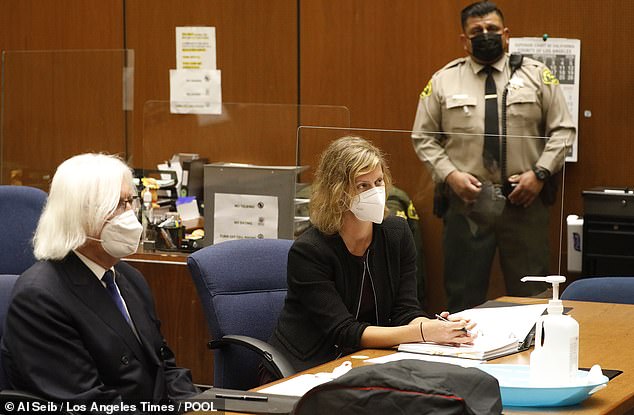 Criminal Defense attorney Sharon Appelbaum who is representing actor Danny Masterson with defense attorney Thomas Mesereau, left, addresses the judge during a hearing. They also lost a bid to ban media from the courtroom

Masterson’s lawyers also lost their bid to ban media from the courtroom, claiming that it ‘creates an unfair prejudice for the defendant’.

However prosecutors from DA Jackie Lacey’s office said they had ‘no objection’ to media requests to be present.

During his appearance in court last month, Scientology critic Leah Remini made an appearance after previously calling Masterson’s arrest ‘just the beginning’ of the Church of Scientology’s demise.

She is lending her support to accuser Chrissie Carnell Bixler, who previously dated Masterson.

At the time, Masterson’s lawyer filed a demurrer on the arraignment delaying it to October 19. His alleged victims were awarded a protective order and Masterson was ordered to turn in his firearms.

It took about three hours for the arraignment to get going, as Masterson arrived with an entourage of about 20 people, according to LA Times reporter James Queally. 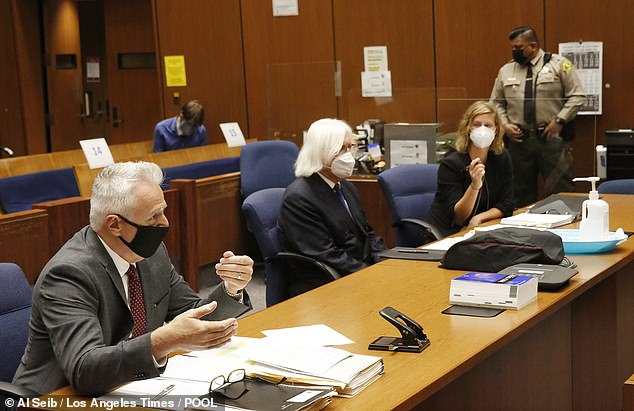 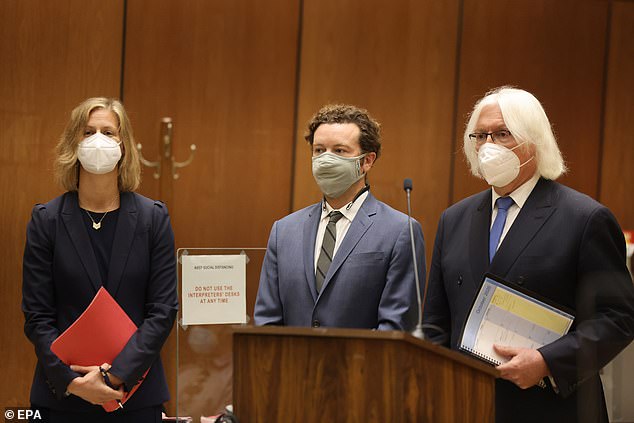 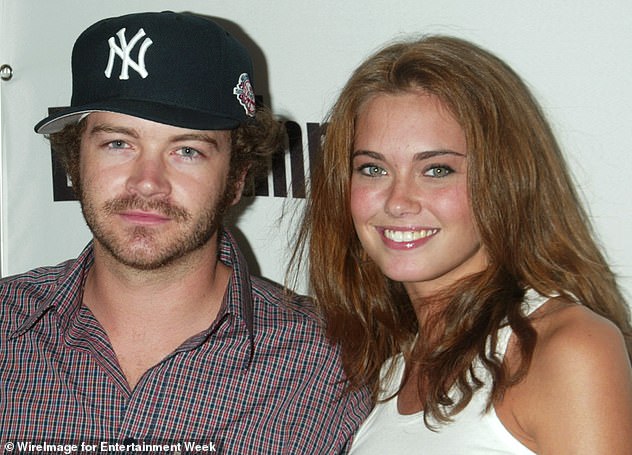 Bobette Riales and Masterson dated from 2002-2004, in which time Masterson allegedly drugged and sexually assaulted her. She claims she was stalked by the church after she came forward with allegation (pictured together in 2003) 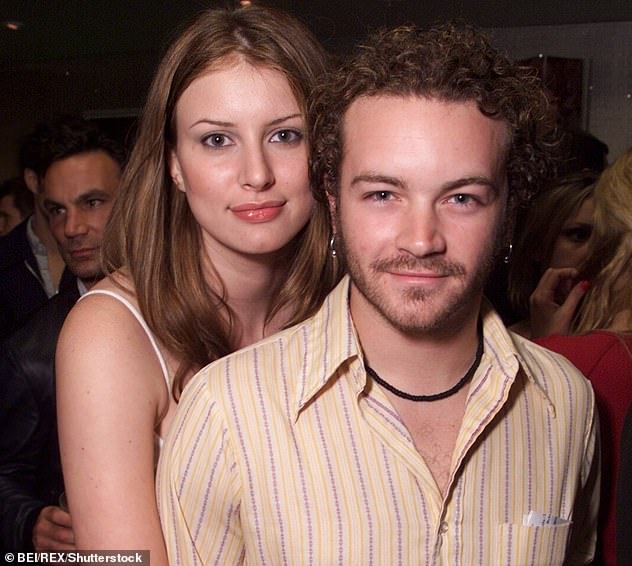 Chrissie Bixler dated Masterson for several years and claims he would forcefully have sex with her and became violent when she refused. She says her dog mysteriously died after she reported him (pictured together in 2000)

Masterson stands accused of raping a 23-year-old woman between January and December 2001, according to the complaint.

He is also accused of raping a 28-year-old woman in April 2003 and sometime between October and December of that year of raping a woman, 23, who officials say he had invited to his Hollywood Hills home.

Last year four women filed a lawsuit against Masterson in California claiming the actor drugged, raped and sexually assaulted them in the early 2000s.

The lawsuit also names the Church of Scientology and its leader David Miscavige as defendants, claiming the women were stalked in a ‘conspiracy to cover up that Daniel Masterson sexually assaulted four young women’.

Two of the women named in the suit were Masterson’s ex-girlfriends – Chrissie Bixler and Bobette Riales – while the other two are listed as Jane Does. 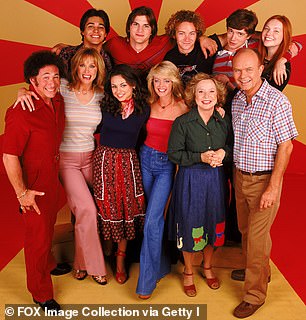 The lawsuit states: ‘When those women came forward to report Masterson’s crimes the Defendants conspired to and systematically stalked, harassed, invaded their and their family’s privacy, and intentionally caused them emotional distress and silence and intimidate them.’

Masterson called the lawsuit against him and the Church of Scientology a ‘shameful money grab’.

In statement to DailyMail.com, the Church of Scientology called the lawsuit ‘baseless’ and the claims ‘ludicrous and a sham’.

‘It’s a dishonest and hallucinatory publicity stunt. Leah Remini is taking advantage of these people as pawns in her moneymaking scam.’

A spokesman for the District Attorney’s Office said they have ‘declined to file sexual assault charges against Masterson in two other cases, one for insufficient evidence and the other based upon the statute of limitations for the crime alleged’.

Masterson has been married to actor and model Bijou Phillips since 2011.

Masterson’s attorney Tom Mesereau said in a statement: ‘Mr. Masterson is innocent, and we’re confident that he will be exonerated when all the evidence finally comes to light and witnesses have the opportunity to testify.

‘Obviously, Mr. Masterson and his wife are in complete shock considering that these nearly 20-year old allegations are suddenly resulting in charges being filed, but they and their family are comforted knowing that ultimately the truth will come out.

‘The people who know Mr. Masterson know his character and know the allegations to be false.’

Chinese employees are 'forced to crawl on the floor' as punishment...
Read more
U.S

Kayleigh McEnany's husband has claimed he would have 'happily worn a mask' when he went to her off-the-rails White House briefing but admits...
Read more
U.S

The Justice Department has filed a lawsuit against Facebook alleging that the company's recruiting and hiring practices discriminated against Americans in favor of...
Read more

Chinese employees are 'forced to crawl on the floor' as punishment...
Read more

A paranoid schizophrenic woman who slit the throat of a 7-year-old girl in a gruesome daytime attack on Mother’s Day has been found...
Read more

Kayleigh McEnany's husband has claimed he would have 'happily worn a mask' when he went to her off-the-rails White House briefing but admits...
Read more
Load more

Chinese employees are 'forced to crawl on the floor' as punishment...