Home Travel The best UK stargazing trips - and you may get to glimpse...
Travel

Families who used back-garden stargazing to ease lockdown boredom can put their new-found skills to the test on a staycation in one of the UK’s darkest spots.

This year, increasing numbers of ‘dark sky’ resorts, hotels and holiday homes are offering special breaks to stare at the heavens.

Some even advertise how far they are from the nearest street lights. 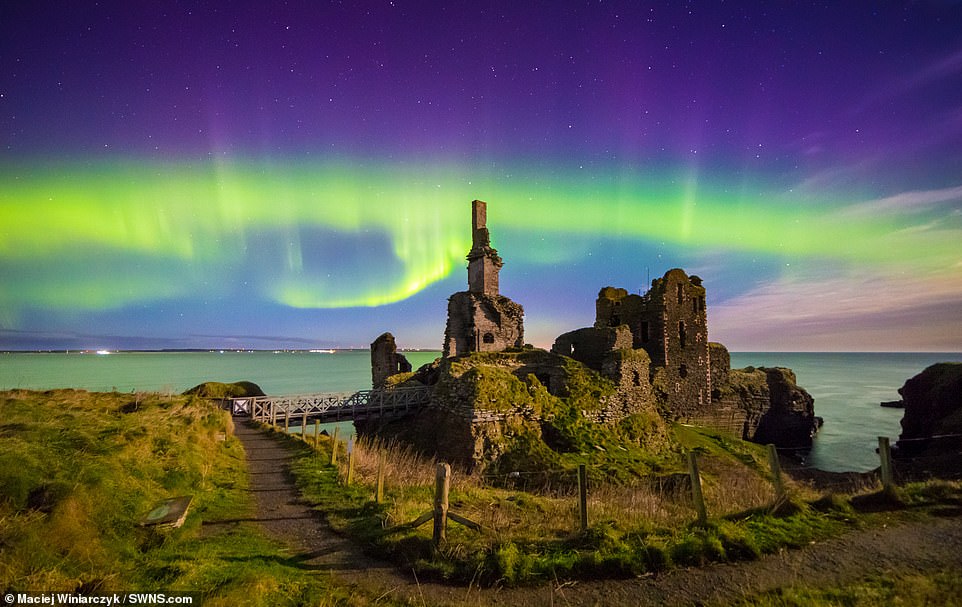 Increasing numbers of ‘dark sky’ resorts, hotels and holiday homes are offering special breaks to stare at the heavens. Pictured – the Northern Lights over Sinclair and Girnigoe Castle in Caithness, Scotland

An added lure for autumn visitors is the opportunity to glimpse the Northern Lights from October onwards in Scotland.

With holidays and cruises to Iceland and Scandinavia on hold, it may be the only opportunity to see the spectacular Arctic light show this winter.

Here’s our pick of the best locations… 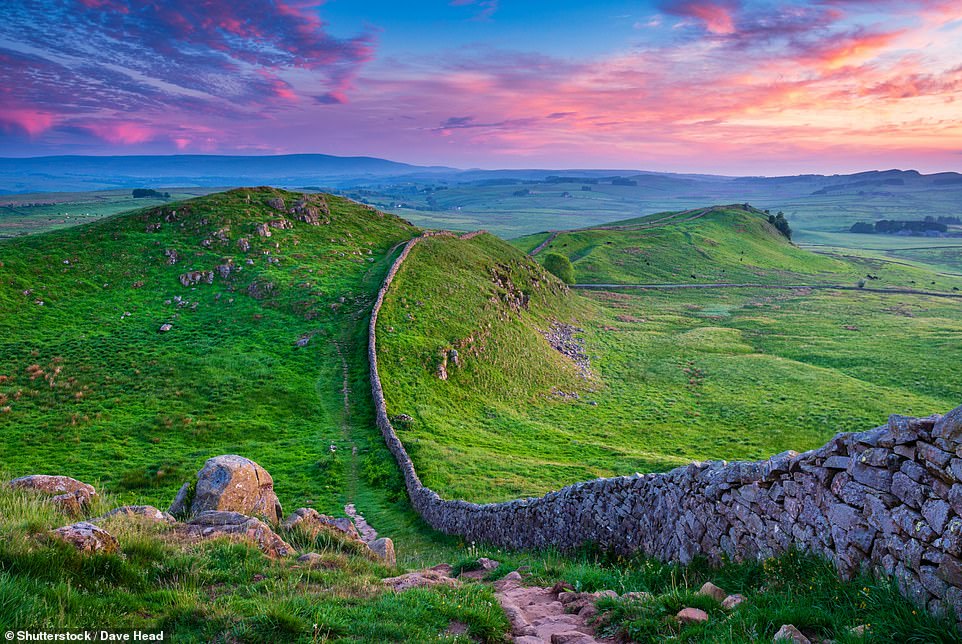 Stay at the Twice Brewed Inn near Hadrian’s Wall in Northumberland and you won’t need to drink too much to be seeing stars.

Guests can enjoy beginners’ talks and laser presentations from local astronomers and then have a turn in the pub’s own observatory, with telescopes powerful enough to see spectacular nebulae hundreds of light-years away from Earth.

Accommodation, dinner and a stargazing evening costs from £189 for two people (twicebrewedinn.co.uk). 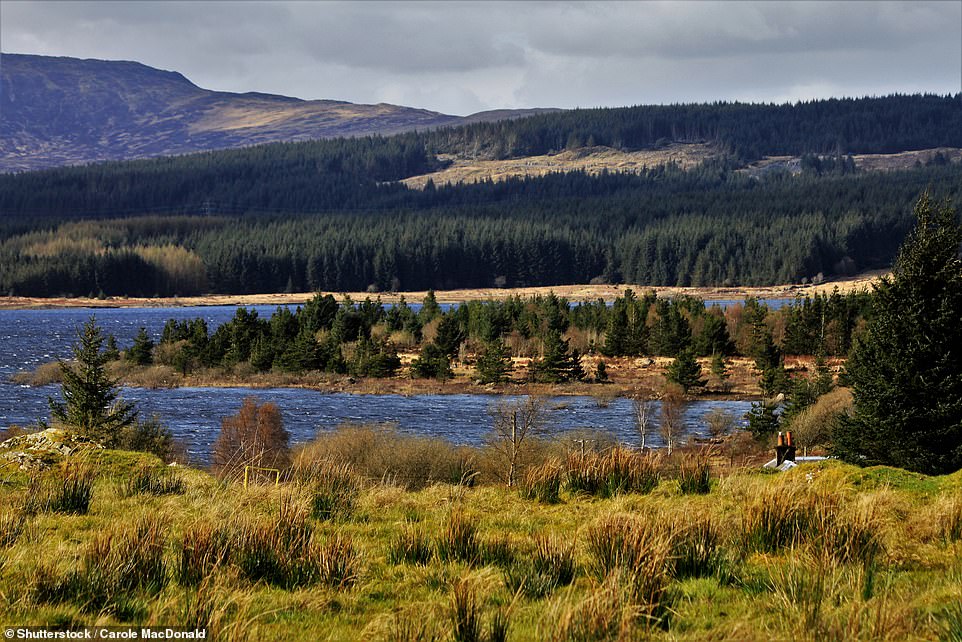 The Galloway Forest Park, pictured, is one of less than 20 Dark Sky Parks in Europe with low-light pollution to aid observation

Further north, Glenapp Castle in Ayrshire adds the possibility of spotting the northern lights. Experts predict there will be an improved chance of seeing an aurora this winter.

But if the lights don’t appear to be in order, the plush coastal hotel has its own astronomer and telescopes for romantic star-searching and moon-gazing — and keep an eye out for owls swooping past in the evening.

The hotel is close to Galloway Forest Park, one of less than 20 Dark Sky Parks in Europe with low-light pollution to aid observation. The ‘A Night with the Stars’ break includes dinner and costs from £425 per person per night (glenappcastle.com).

A DIY getaway more your thing? Be your own guide to the heavens with Visit Scotland’s free video tutorials to stargazing and downloadable astronomy packs for children. It also has a directory for accommodation, such as the Lighthouse Keeper’s Cottage at Noss Head in Caithness (visitscotland.com). 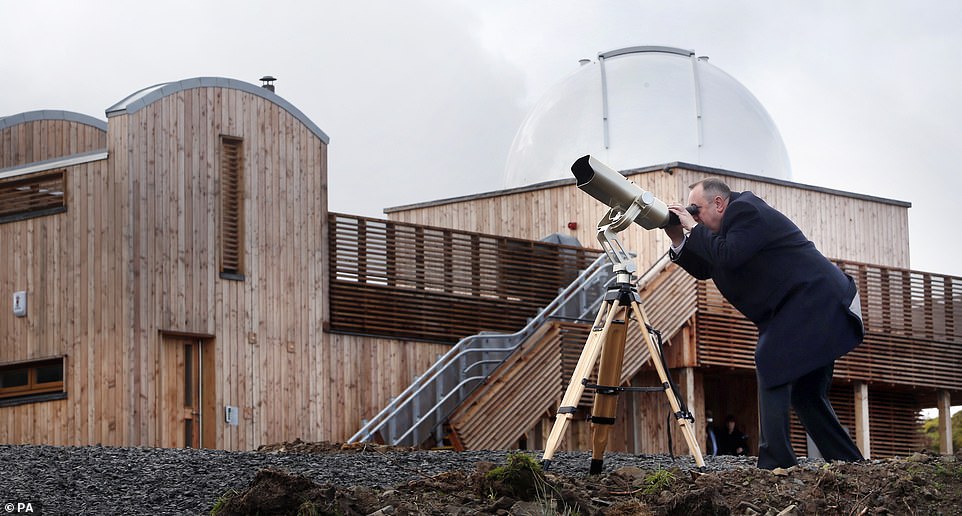 On the other side of Galloway Forest Park are the enormous telescopes and hilltop domes of the Scottish Dark Sky Observatory. It re-opened this month and now offers star-spotting experiences previously only available to professional astronomers, from £8. Expect spectacular close-ups of features such as Moon craters and Saturn’s rings (scottishdarkskyobservatory.co.uk).

And wherever families are staying in Scotland, one of Visit Scotland’s approved Dark Sky Rangers could make any evening memorable. Book Elizabeth Tindal in the Galloway area, for example, and your options include an after-dark ‘star picnic’ or a homemade rocket session (freelanceranger.com).

There is a detailed list of star-friendly holiday venues elsewhere in the UK at gostargazing.co.uk/stay-gaze. They include a Yorkshire campsite with regular astronomy events, star-themed holidays in an Isle of Coll bunkhouse and a Norfolk holiday park which has a designated Dark Sky Discovery Site in an adjoining sports field.

A more cosy way for couples to enjoy a starry, starry night is at The Hide at Lower Mill Estate in the Cotswolds. This steel-and-glass holiday home stands on stilts above a 70-acre lake and was voted Britain’s Best Small Building.

From this autumn it’s available for couples to rent as a secluded romantic escape, complete with its own telescope. Two nights cost from £600 for two (habitatescapes.com).

The world's 20 most lusted-after honeymoon destinations have been revealed - and it's Bali that takes the No1 spot.To draw up the ranking...
Read more
Travel

Exclusive for Mail on Sunday readers: Discover Venice on a luxury...
Read more

Girl, 11, breaks free from her kidnapper, 51, by kicking him and running for help

Man City are interested in welcoming Pablo Zabaleta back to the...
Read more

The California mother who went missing in Zion National Park survived for nearly two weeks with no food and little water, her sister...
Read more

Zachary John Winton (pictured), 34, was found dead inside a home he shared with his girlfriend...
Read more
Load more

Manchester City are interested in welcoming back Pablo Zabaleta after former...

Woman survived in Zion National Park for nearly 2 weeks with...