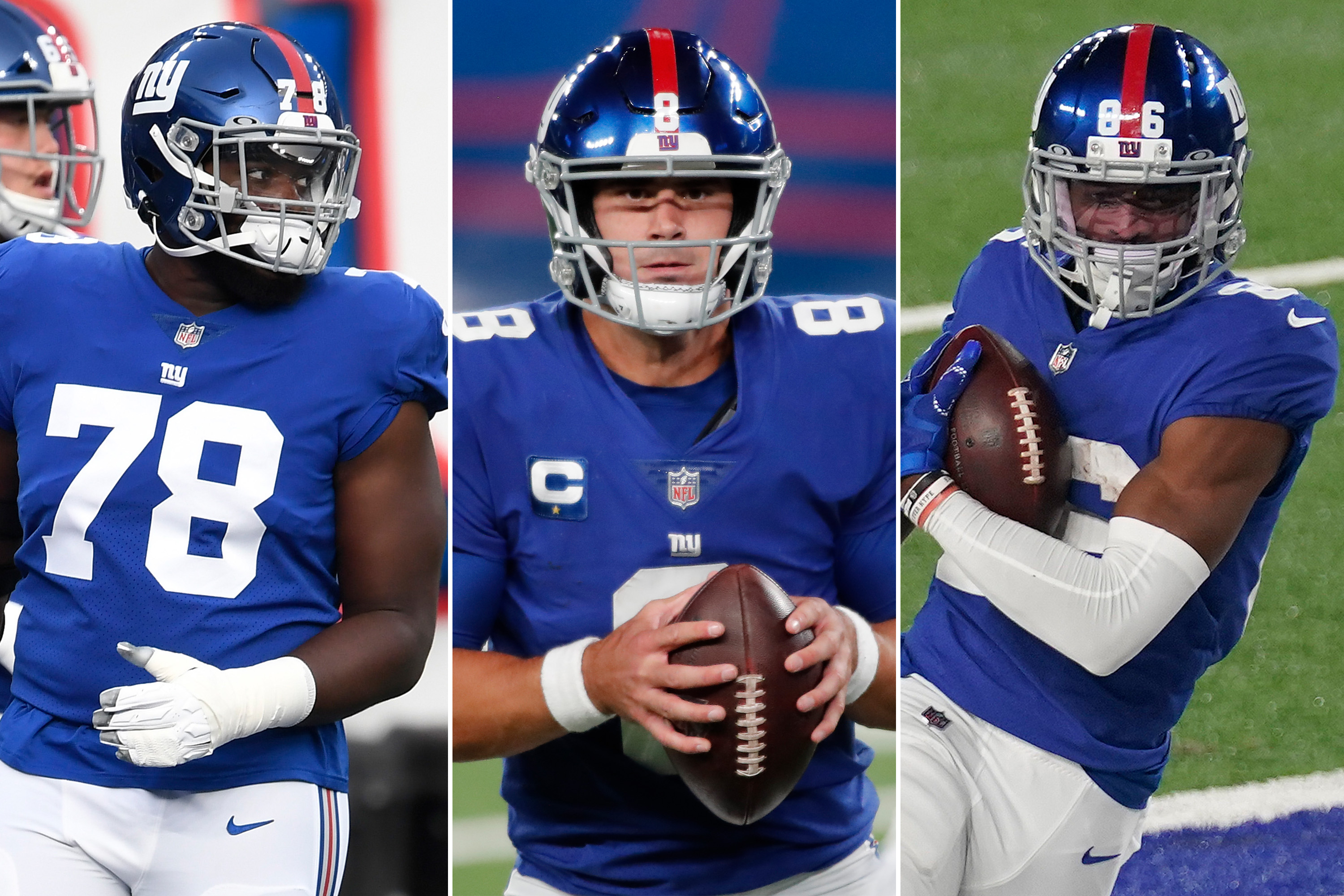 The last time the Giants opened their season with a Monday night home game was 25 years ago. Then, as now, the Giants lost.

The Giants hope the similarity of starting 0-1 is where the comparison ends.

Back in 1995, Dan Reeves predicted the arrival of the Cowboys at Giants Stadium would prove the gap had narrowed between the two franchises. After a 35-0 thrashing, all Reeves’ team proved was the gap was gaping. The Cowboys went on to win their third Super Bowl in a four-year span. The Giants finished 5-11.

This Monday night home opener was closely contested – for a half. The Giants did enough right that envisioning better days ahead is not merely wishful thinking. They did enough wrong to reinforce the factual claim that they are not in the same stratosphere as any of the NFL elite. The 26-16 loss to the Steelers – the Giants led 10-3 in the second quarter and trailed 26-10 late in the fourth quarter – was a predictable and almost routine enactment of what was supposed to transpire.

Tucked into the same old, same old is the debut of a new coaching regime. The mystery — “What will a Joe Judge team look like?’’ — was fairly quickly followed by “We’ve seen this before” when the Giants failed to punch the ball into the end zone from the 3-yard line, when a porous offensive line left Saquon Barkley grounded and when the defense could not answer the bell to register a key stop.

Those desperate for signs this operation, in time, will be of higher quality under Judge should have spotted this:

– A far more cohesive defense, players buying into the system, knowing and actually executing their assignments, and not a spate of busted coverages.

– The first round selection of Andrew Thomas is a solid one. He was the Giants’ highest-rated offensive lineman in this game, according to Pro Football Focus, and was not dominated by T.J. Watt and Bud Dupree, which is a considerable achievement.

– Darius Slayton picked up where he left off out of an eye-opening rookie season and now must be considered a No. 1 target.

There were plenty of apparent talent deficiencies to remind all Giants-watchers that this remains a flawed roster in many ways. It takes more than what the Giants are able to muster to upset a team with the class of the Steelers. The gap remains.

More coming out of the season-opening loss:

– Evan Engram? Really. Joe Judge went out of his way this summer to wax poetic about the athletic tight end, perhaps realizing heaping confidence on him is what is needed. And then Engram opens up his fourth year with a stinker. He dropped the first pass thrown his way. He missed a block, ran a crummy route near the goal line and had an offensive pass interference penalty – all in the first half. He played 64 of the 68 snaps on offense – the Giants need him on the field. He caught only two of the seven passes thrown his way, for a paltry nine yards. He did not look ready for the season to begin. It is almost as if he tries too hard and tightens up. He is earnest, probably to a fault. We are all going to see if he is a player Judge wants in the program in 2021.

– Jones has at least one touchdown pass in every one of his first 13 NFL starts. That is the fourth-longest streak among quarterbacks who started their careers since the 1970 merger. Jones trails Kurt Warner (23 consecutive starts with a touchdown to start his career), Baker Mayfield (17) and Brad Johnson (15). That is some strange company.

– That ridiculously long (19 plays) and time-consuming (8:50) drive in the third quarter that ended with a Jones interception and no points? Yeah, that was something else. It was the longest drive, in terms of plays, for the Giants in more than six years.

– It is difficult to copycat something without the identical personnel but the Steelers gave a nice scouting report to future Giants opponents as they did a number on Barkley. They put eight defenders in the box and dared the Giants to run against that mass of humanity. Barkley ran the ball 15 times. He lost yards on eight of the carries, which is remarkably bad. It is almost physically impossible for such an athlete to gain only six yards on 15 rushing attempts. Three of his five offensive linemen are new this year and the unit’s first crack at it was pitiful. Nick Gates struggled in his debut at center. Cam Fleming struggled at right guard. There was no secret to how the Steelers viewed this Giants offense and how hell-bent they were to stop Barkley, at all costs.

“We had a commitment and we weren’t going to be bashful about that commitment,’’ coach Mike Tomlin said. “We thought that guy was a catalyst for whatever that they were going to do offensively. We put our secondary in harm’s way some in an effort to do so. We needed to stack the line of scrimmage. We needed to bring people … and we did. We did what thought was necessary to minimize his impact on the game.’’

– Defensive coordinator Patrick Graham showed right away what he wants on the field. Only one of his defensive linemen, Leonard Williams, played more than half of the 64 defensive snaps. In passing situations, Graham at times had one defensive lineman on the field and he was in a two-point stance. As far as starters, make of it what you will. Devante Downs started at one of the inside linebacker spots and played only 14 snaps. Blake Martinez, the other starting middle linebacker, played all 64 snaps.

– Logan Ryan had a quiet Giants debut, with four combined tackles in only 38 snaps. Expect his workload to increase as he acclimates to the system. Don’t forget, he barely had a week to practice with his new team.