The New Inn in Gloucestershire reviewed by the Daily Mail's Inspector

An Inspector calls… at The New Inn in Gloucestershire, revamped by a brand that wants to ‘bring a bit of London to the countryside’

The New Inn has been around since the 16th century — but at least the sign is new,  following a revamp by two bright young things who are trying to grow a brand called Baz & Fred.

That’s Harry ‘Baz’ Henriques and Fred Hicks. Still in their 20s, they are school friends from the Cotswolds and the idea, according to the general manager, is to ‘bring a bit of London’ to the countryside.

Which sounds horrible — but when pressed further, he says the plan is to make it ‘fun’. 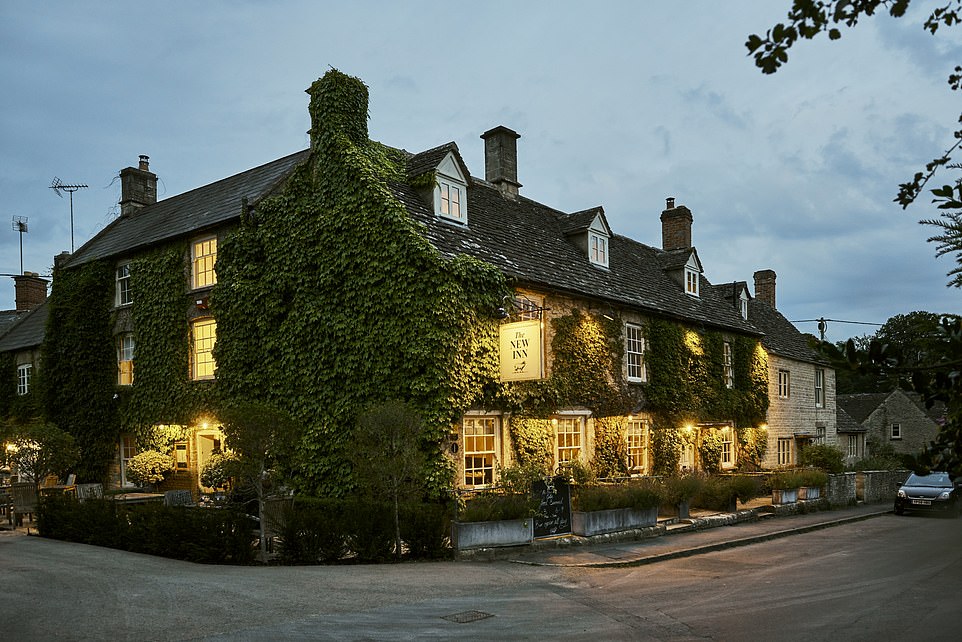 The New Inn in Coln St Aldwyns, which is housed in an exquisite honey-coloured building

In its previous incarnation it was more formal, more ‘fine dining’, more expensive. And it is fun. Stylish, too, after receiving the full Farrow & Ball treatment, plus lots of new wood in the bar area, giving off a beach shack vibe. There is even a little booth with neon lights spelling out Baz & Fred.

In fact, I wouldn’t be surprised if they soon ditch the name New Inn and just call it Baz & Fred.

It helps that all this is housed in an exquisite, honey-coloured building in Coln St Aldwyns, one of the most beautiful honey-coloured villages in a part of Gloucestershire that has not yet fallen victim to its elegance.

There are 14 rooms. Ours is charming, with a few black-and-white, framed photographs of the Cotswolds, traditional Burlington basin and taps, and a comfortable, well-dressed bed.

We are here only three days after it reopened and the excitement is palpable.

Locals are flooding in, plus friends of Baz and (sorry, &) Fred. 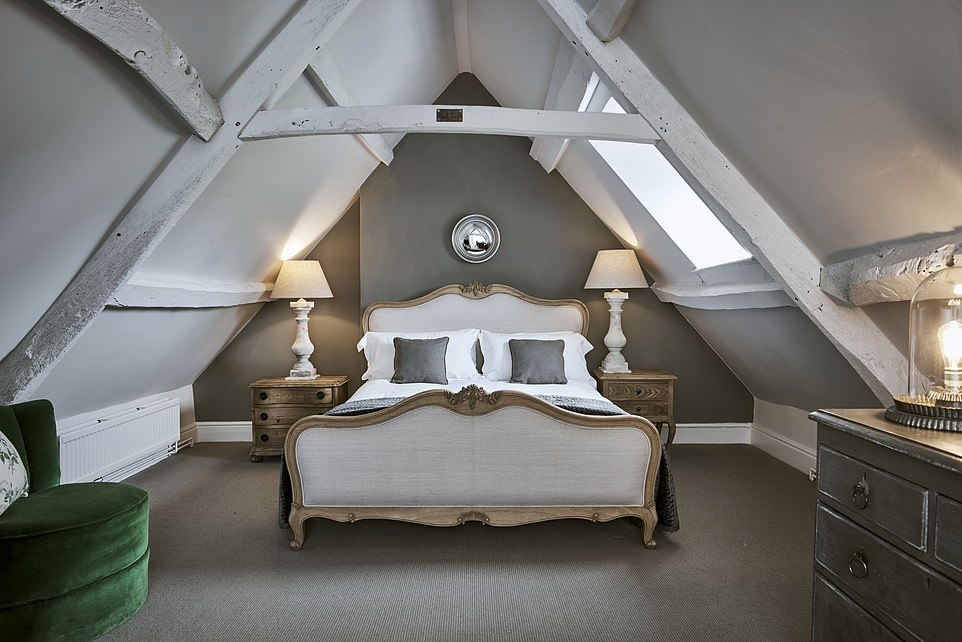 One of the 14 rooms at The New Inn. The Inspector says his room was ‘charming’ with a ‘comfortable, well-dressed bed’ 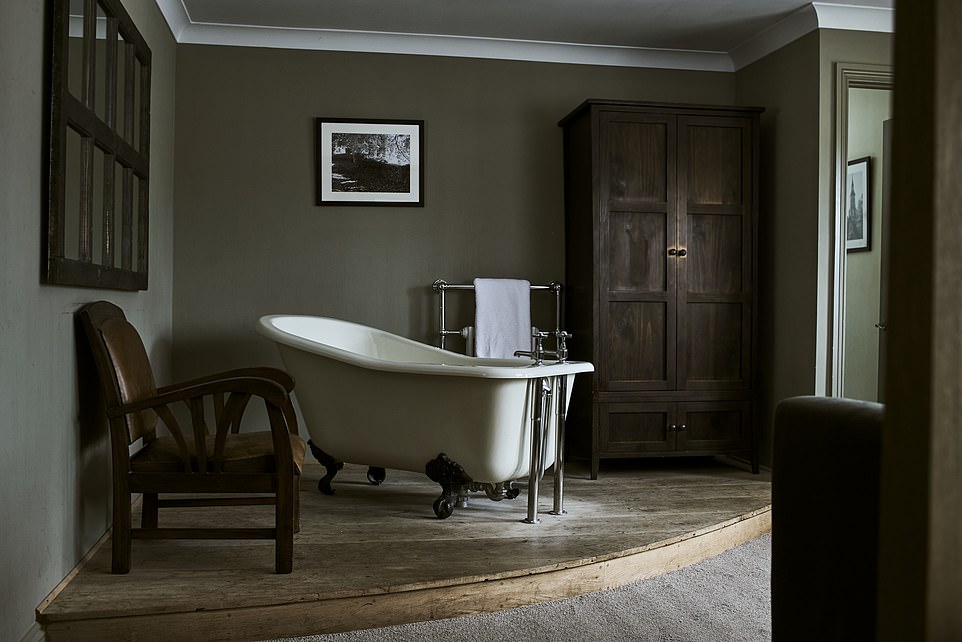 One of the suites at The New Inn, which is trying to ‘bring a bit of London’ to the countryside

The menu is mainly posh burgers, but we start with a superb burrata and tomato salad and a fabulous bruschetta with anchovies draped over it.

The burgers are top-notch and the atmosphere so fresh and convivial that we forgive some of the lapses in concentration.

We order mustard, nothing arrives; nor do two dips for our chips — and I have to ask three times for my glass of red.

Worse, my burger turns up as I’m halfway through my starter.

‘Roll with it,’ says my wife, anxious to avoid a scene. So I do roll with it, happily.

Then I hear that Baz & Fred aren’t around this evening to sort out some of the rough edges, which, so soon after launching, seems a little careless.

Canada is known for its spectacular landscapes and unspoiled beauty, and as I discovered back in February, one of the most stunning places...
Read more
Travel

Covid-secure eating and drinking: The top restaurants and bars with heated terraces and blankets

Winter is coming… and that means braving the elements to have a Covid-secure drink or meal outside. But fear not, because the hospitality...
Read more

Crystal Palace may not be playing the prettiest football under Hodgson......
Read more

How to prevent a stroke: Five lifestyle modifications to reduce your risk

If you'd like to live a long and healthy life, you'll need to avoid having a stroke. There are five steps you can...
Read more

Crystal Palace may not be playing the prettiest football under Roy...

How to prevent a stroke: Five lifestyle modifications to reduce your...

Trump 'plans to fire the heads of FBI, CIA and Pentagon...