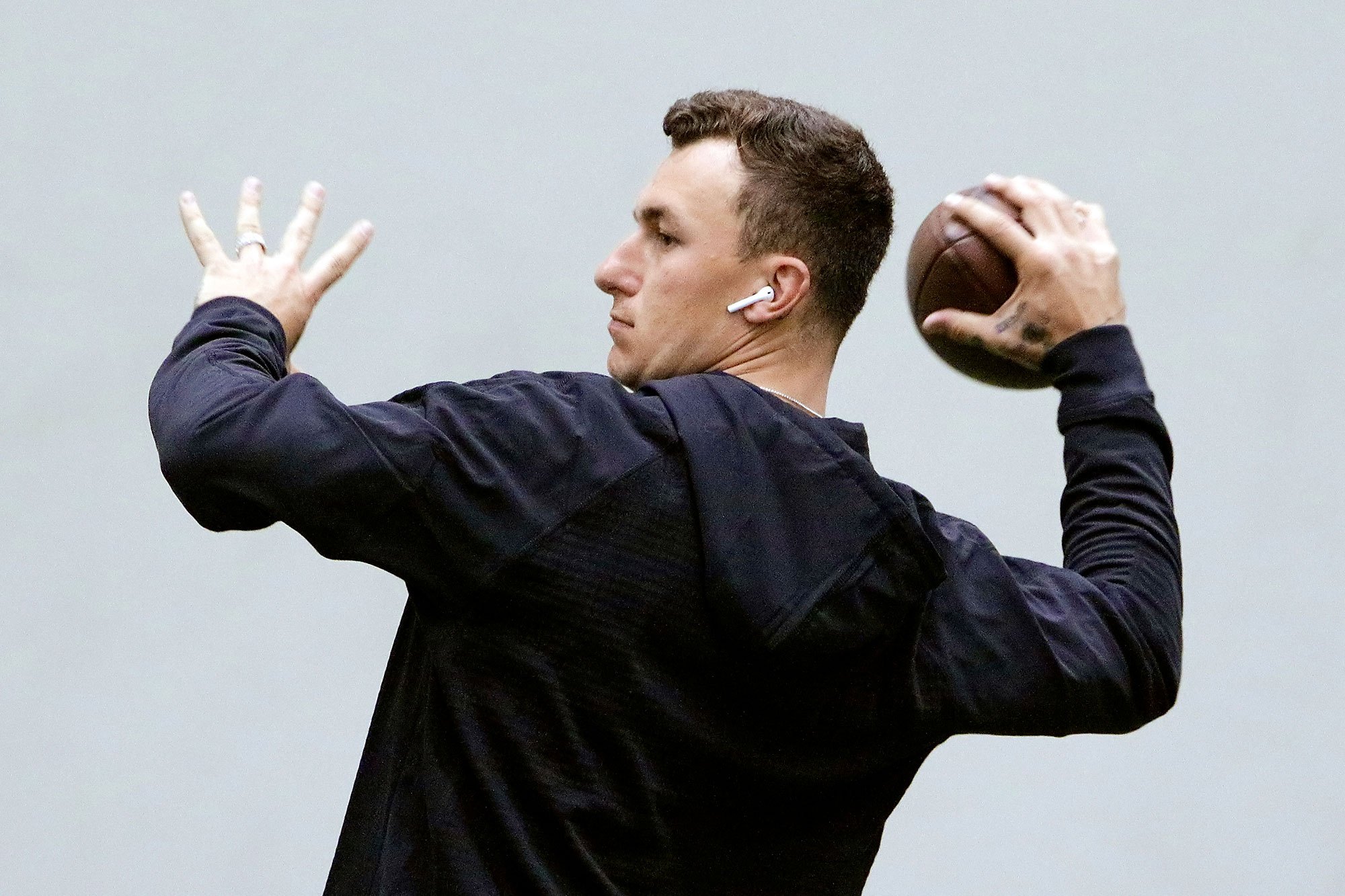 Even the presence of The Rock isn’t going to coax Johnny Manziel out of retirement.

Dwayne Johnson, the popular movie star and former wrestler, and his investment group agreed last month to purchase the bankrupt XFL for $15 million.

Manziel, the 27-year-old former Heisman Trophy winner and 2014 first-round pick of the Cleveland Browns, last played in the Canadian Football League in 2018.

“I’m retired, dude,” Manziel told TMZ Sports in Los Angeles on Friday. “Listen, anything The Rock touches is gonna be gold, as always. But, I think football is a little bit behind me. I’m just trying to do other things in life that make me happy, that’s it.”

The former Texas A&M star appeared in just 14 games (eight starts) in two tumultuous NFL seasons – that included a voluntary stint in alcohol rehab — after the Browns selected him with the 22nd overall pick in 2014.

Vince McMahon’s spring-based XFL shut down its comeback season after five games due to the coronavirus pandemic and declared Chapter 11 bankruptcy in April 13. Johnson and his partners are planning to resume play in 2021.

“For The Rock, you’d do anything, right? But football for me is not at the forefront of my mind,” Manziel told TMZ. “There’s more to life than just ball…Chapter’s closed, on to the next. Stay tuned.”