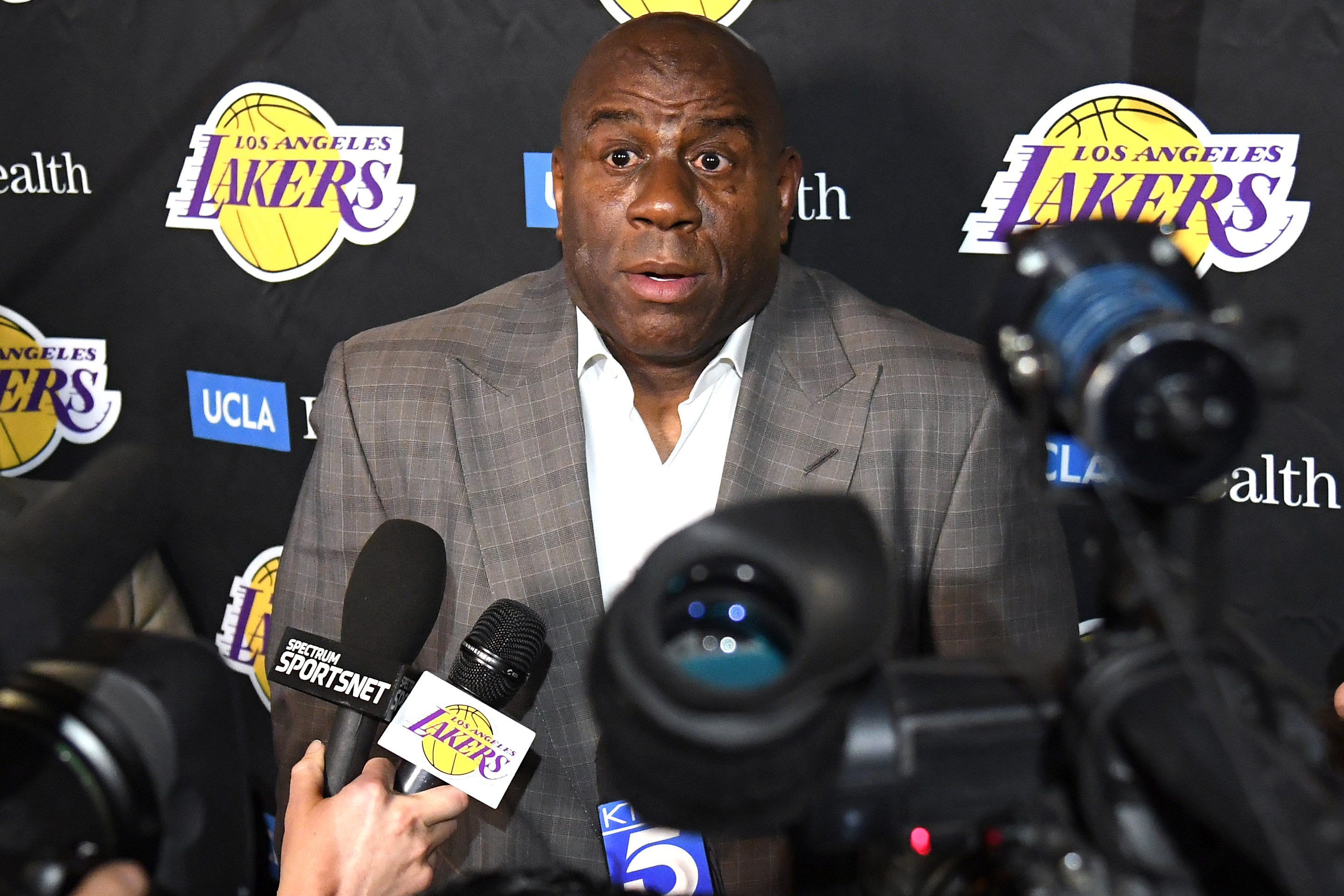 The Lakers legend and former team president has become a popular presence on Twitter, for better or worse, but the 60-year-old is not exactly the one punching out the often-vanilla tweets from his own phone.

“No, I have somebody write them out,” Johnson said on Rob Lowe’s podcast when asked about his Twitter use. “I tell them what I want to say and they write them.”

And to think, the ability to tweet freely was a factor in Johnson suddenly stepping down as president of the Lakers in April of 2019.

“I had more fun when I was able to be the big brother and ambassador to everybody,” Johnson said at his impromptu press conference that night. “I thought about Dwyane Wade retiring tomorrow, and I can’t even tweet it out or be there. When Ben Simmons called and we went through the proper channels and they made me look like the bad guy out of that situation but I didn’t do anything wrong, I was thinking about all of those times, all the guys who want me to mentor them or be a part of their lives and I can’t even do that. I had more fun on the other side than on this side.”

Johnson, who has 4.9 million followers on Twitter, doesn’t often venture into the hot takes that fill the website. They’re often just room temperature.

A recent example came when Lakers guard Avery Bradley announced he would be opting out of the NBA’s resumption this summer, citing family concerns with the coronavirus.

The @Lakers losing Avery Bradley is a tough loss and will make it more difficult for them to win the NBA championship.

Johnson also delivered some of his greatest hits during the 2019 playoffs.

“Jamal Murray scored 6 straight free throws in the closing seconds and had a game high 34 points to lead the Nuggets over the Trailblazers!” Johnston tweeted during the Western Conference semifinals.

Then again, he was ahead of his time with this tweet in 2016, less than a year before he was hired as Lakers president and two years before he did in fact sign LeBron James.

“Laker Nation: The Lakers should call LeBron James agent,” Johnson tweeted. “We know he’s going stay in CLE but they should go after him just in case he leaves.”

Panthers vs. Buccaneers prediction, line: Carolina will keep it close

What to expect from Tesla on 'battery day'

What to expect from Tesla on 'battery day'