Home U.S The White House turkey pardon is on
U.S

The White House turkey pardon is on

The White House turkey pardon is on: Thanskgiving tradition WILL go ahead despite Trump only appearing publicly twice since race was called for Biden

The White House turkey pardon is still happening, despite President Donald Trump only appearing publicly twice since the presidential election was called for President-elect Joe Biden.

The Hill first reported Wednesday that the Thanksgiving tradition is scheduled to take place next week.

The National Turkey Federation told DailyMail.com that the two turkeys will be coming from Iowa and will reside at Iowa State University after they’re pardoned.

President Donald Trump has only appeared publicly twice since the election was called for President-elect Joe Biden. Still, the White House turkey pardoning will go on 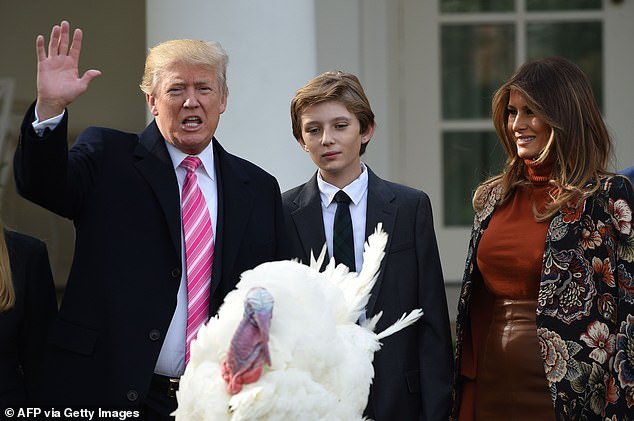 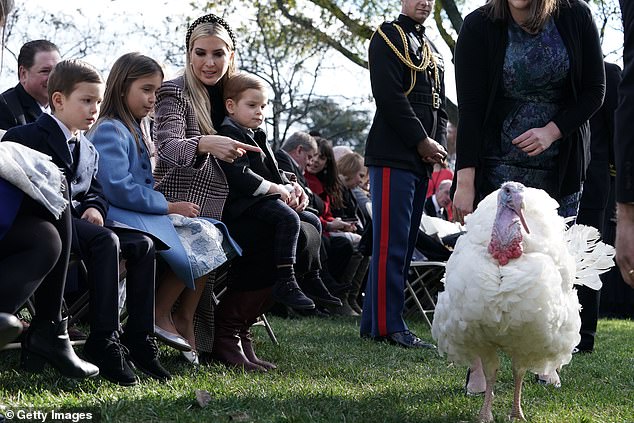 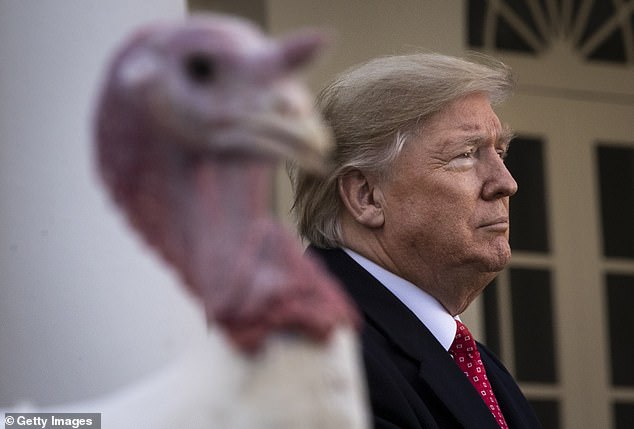 2019: Trump (right) is photographed last year with the turkey he pardoned, Butter (left). No details about the turkeys in this year’s pardon have been released

Trump was able to hold onto Iowa in the 2020 race.

The turkeys will arrive Monday where their names will be announced.

Like in past years, they’ll be put up at the swanky Willard InterContinental Hotel.

He did it while making impeachment jokes.

Its understudy, Bread, was also saved from the Thanksgiving table.

It’s tradition that two turkeys are sent from a farm to Washington, D.C.

The past several sets of turkeys have lived out their – generally short – lives at Gobblers Rest, a facility at Virginia Tech.

A spokesperson told DailyMail.com that Trump’s turkeys from 2019 and 2018 – Bread, Butter, Peas and Carrots are still alive.

The Trumps plan to stay in Washington for Thanksgiving, the first lady’s spokeswoman Stephanie Grisham tweeted on Tuesday.

While coronavirus cases are spiking across the U.S., forcing Biden to modify his Thanksgiving plans, COVID-19 has never prevented the president from traveling.

He held rally after rally in the run-up to the November 3 election.

He’s not leaving the White House because, as one aide told CNN, there’s a ‘bunker mentality’ happening, as Trump pursues legal avenues to overturn the results.

Trump spoke briefly from the Rose Garden on Friday about Operation Warp Speed, his administration’s quest to get a quick coronavirus vaccine.

There, the president protested Pfizer saying its promising vaccine wasn’t part of the administration’s effort.

The Trump administration had promised to pay Pfizer for doses of a completed vaccine, but Operation Warp Speed didn’t help with its development.

A week ago, Trump also voyaged to Arlington National Cemetery for a Veterans Day memorial.

The race was called for Biden on Saturday, November 7.