Patrolling in front of Arsenal’s back four, Thomas Partey – 25 days after he signed – was finally getting acquainted to his new surroundings.

In the end, it wasn’t the homecoming he’d have dreamt about – losing to Leicester in front of an empty stadium.

At least he wasn’t subjected to his own supporters turning; something Arsenal fans haven’t been adversed to doing in recent seasons. 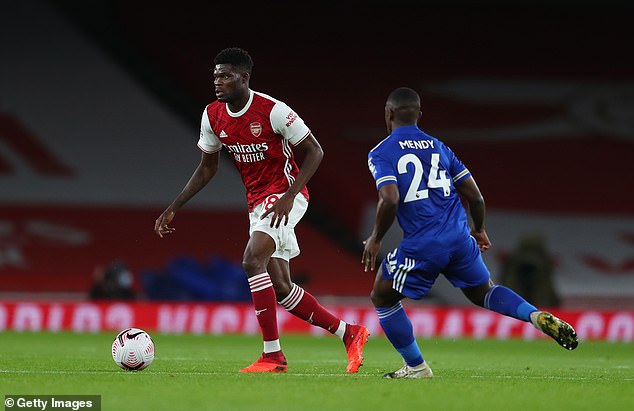 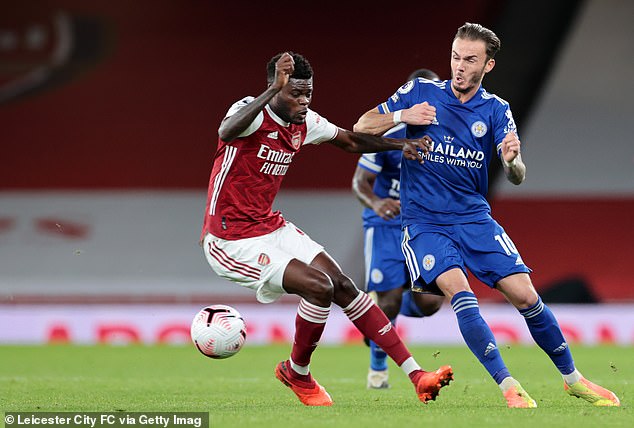 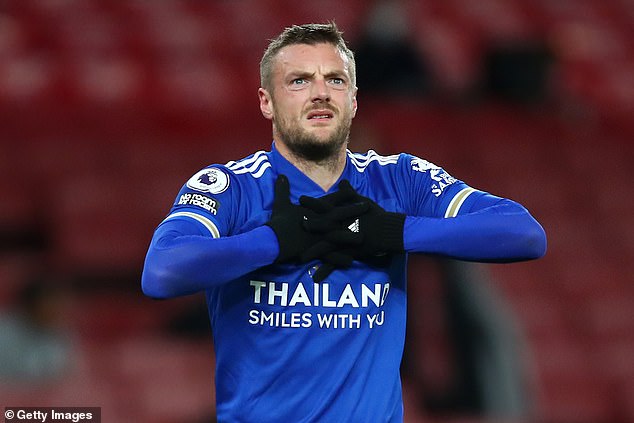 But when the pain inflicted by Jamie Vardy’s sucker punch fades, Partey can reflect on an encouraging full home debut.

Of course, the club’s new £45million midfielder won’t realise what it truly feels like to be a Gunner until he witnesses his new stomping ground in full swing – the Emirates, like the rest of English football, a shell of its former self right now.

Not that it will take him by surprise when the Emirates is full, Partey’s five years with Atletico Madrid will ensure he takes it all in his stride.

The 27-year-old positioned himself as the central pivot in Arsenal’s midfield three with minimal fuss, taking to the Premier League with an assurance that should encourage his new manager Mikel Arteta.

His full debut, against Rapid Vienna in the Europa League on Thursday night, was significantly more eye-catching.

But with all due respect to the Austrians, imposing yourself against an opposing midfield of Youri Tielemans and Nampalys Mendy is an altogether different proposition.

This was by no means a spectacular home bow; but he didn’t need to be. Partey was in control, almost playing within himself.

Yet, he had his moments – one powerful burst forward in the 18th minute provided a brief glimpse of Partey’s ability to break midfield lines. 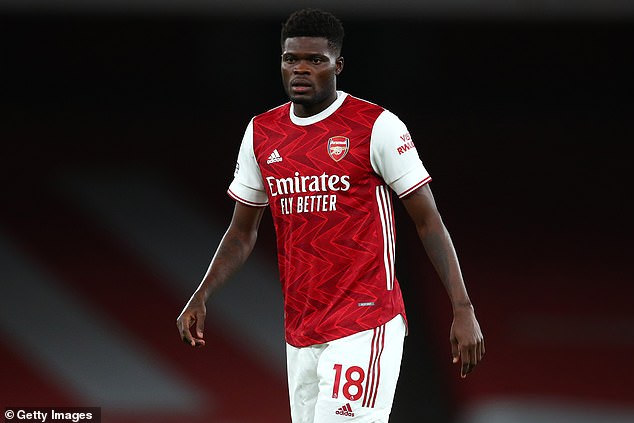 Then towards the end of the first half, when James Justin crashed straight into the back of him, Partey hardly flinched as he swept up any remnants of danger.

Indeed, it was his new midfielder’s sense of discipline that would have warmed Arteta’s heart on what was a disappointing night.

His reading of the game and knack of sensing danger would have left the Arsenal manager satisfied that the Gunners have finally found the kind of central midfielder they have yearned for for so long.

Tougher tests lie ahead, of course. Arsenal and Partey travel to Manchester United on Sunday; we’ll have a healthier understanding of how long it might take the 27-year-old to fully adapt to life in England.

Though, on this evidence, that shouldn’t take very long at all.