Home News ‘Throuple’ ex-pol Katie Hill seems to be cashing in on scandal via...
News 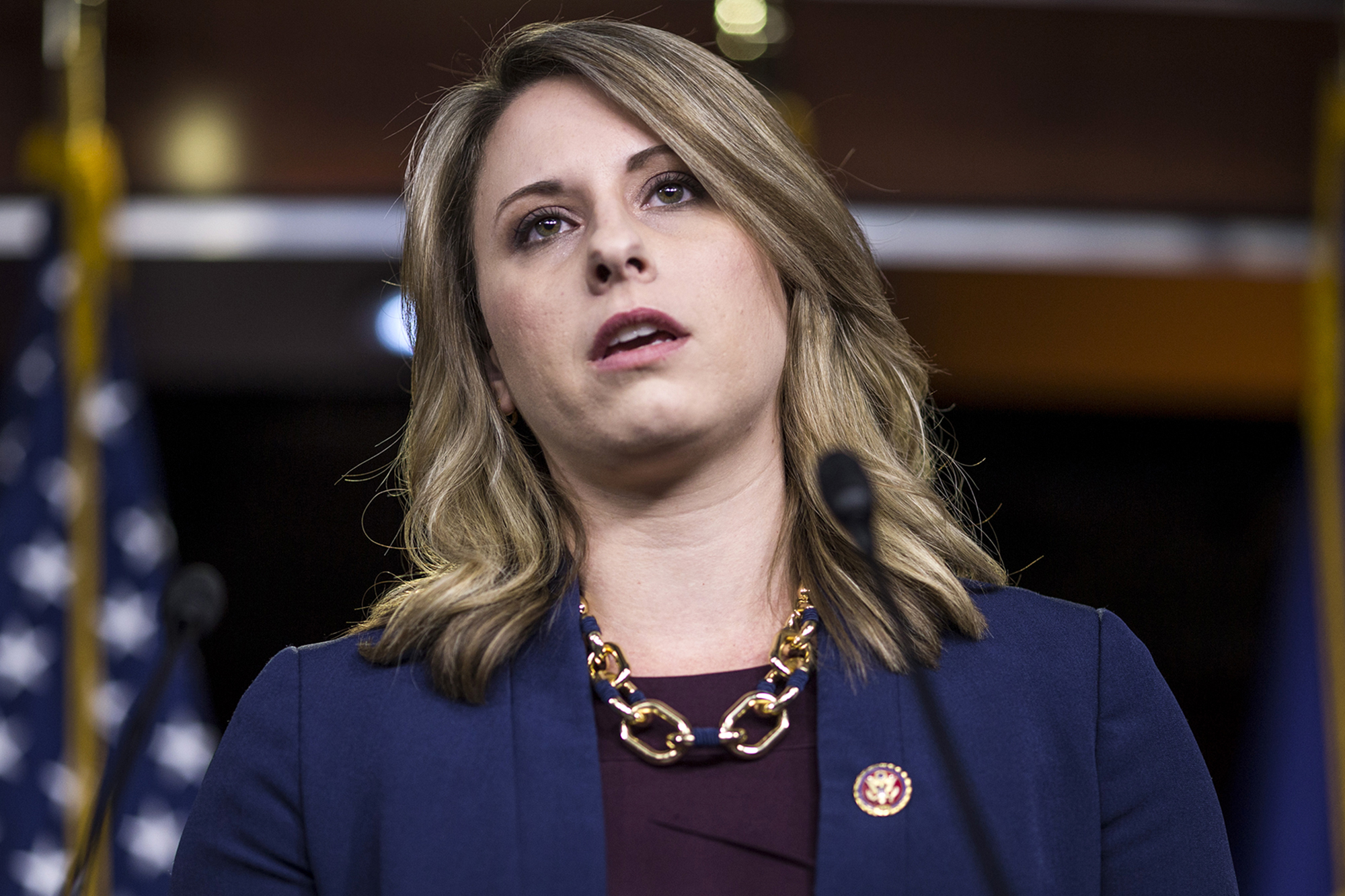 WASHINGTON — “Throuple” ex-congresswoman Katie Hill appears to be enriching herself with consulting fees through a new political action committee which she said would support long-shot female political candidates.

Filings with the Federal Election Commission also show Hill’s PAC has spent far more on consultants and media companies than it has on women trying to flip seats in Congress.

The California Democrat — who was forced to resign from Congress last year in the wake of a staffer-involved sex scandal — announced in March that she was launching HER Time, a PAC which Hill said would provide financial support and mentorship to women running for office.

But FEC filings show that the committee paid a company solely registered to Hill — HER Time, Inc. — $25,000 for political consulting between July and September 2020.

HER Time also paid another $47,850 to consultants and bookstores following the August release of her memoir, “She Will Rise: Becoming a Warrior in the Battle for True Equality.”

Hill, 33, has been on a publicity blitz since she stepped down from Congress in October when it emerged she and then-husband Kenny Heslep were in a long-term “throuple” relationship with campaign worker Morgan Desjardins.

Nude photos of the openly bisexual lawmaker were published online and she was also accused of having an affair with her legislative director Graham Kelly.

Earlier this month it was announced her memoir will be turned into a Hollywood film with Elisabeth Moss playing the fallen congresswoman and this week she released a new podcast, “Naked Politics.”

But most coverage of Hill’s new political action effort has failed to scrutinize HER Time PAC’s big spending on consultants instead of female political candidates.

According to FEC filings, HER Time PAC contributed $44,000 to political candidates while it spent $72,850 on consultants, including Hill’s company, between June and September.

Between April and June, the PAC dispersed just $18,000 to political campaigns while it shelled-out $75,000 to AL Media, a Chicago-based video production company.

Since its inception, HER Time has also paid media firm Saguaro Strategies $216,161 worth of fees for consulting and advertising.

Leadership PACs have been derided as slush funds for lawmakers who regularly use the loosely-regulated accounts to pay for discretionary expenses as well as a means of distributing cash to political allies.

In a statement, a HER Time spokeswoman did not refute allegations Hill was paying herself consulting fees, but defended the group’s work.

“Since its inception, HER Time has endorsed 31 women, many whom are first-time candidates running in swing seats — of which 27 won their primaries and are on the November ballot — and has contributed $82,000 directly to candidates,” she said.

G20 leaders vowed to ensure that the COVID-19 vaccines would be fairly distributed worldwide, while declining to explain how they would do so...
Read more
News

The FBI is investigating threats being made against Georgia’s top election officials amid allegations of voter fraud, according to reports. In a joint operation...
Read more
News

Staying healthy and prolonging your life span takes a lifelong commitment. A person has to be committed to a certain lifestyle which would...
Read more
Load more