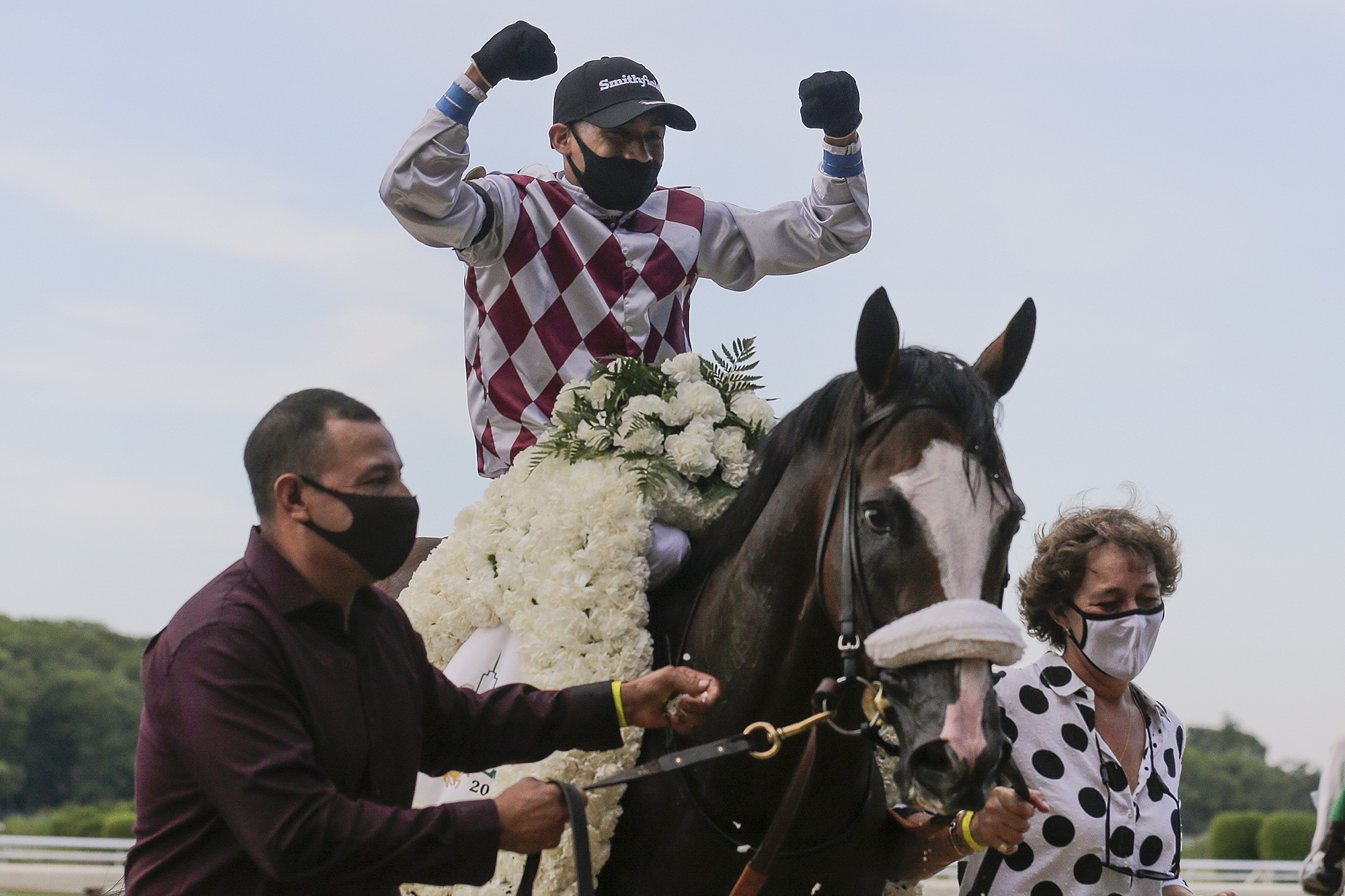 Tiz the Law will eventually have to leave his home state of New York to chase the rest of the Triple Crown, but first he’s set for an encore upstate.

The Belmont Stakes winner will be pointed toward the Travers Stakes on Aug. 8 at Saratoga, trainer Barclay Tagg said after Saturday’s victory and confirmed on Sunday, providing a warmup for the Sept. 5 Kentucky Derby and Oct. 3 Preakness.

“The long-range plan would be to go to the Travers, then the Derby and then the Preakness,” Tagg said Saturday night. “If there’s anything left of him, they’ll probably want me to take him to the Breeders Cup [Nov. 6-7].”

The 82-year-old Tagg secured a career Triple Crown on Saturday, as he and Sackatoga Stables checked off the Belmont Stakes win that got away from them with Funny Cide in 2003.

The Triple Crown schedule has been turned on its head this year because of the coronavirus pandemic, but Tiz the Law will give it a shot. Instead of the three races being run in a five-week stretch, they have been spread out across 16 weeks, which began with the Belmont on Saturday.

That means another long layoff is in store for Tiz the Law — it will be seven weeks between the Belmont Stakes (1 ¹/₈ mile) and the Travers (1 ¼ mile) — but it’s nothing new for the thoroughbred ridden by Manny Franco. Saturday’s race was his first since March 28, with 12 weeks in between as racing was suspended in New York, but he showed no signs of rust thanks to the strong training regimen of Tagg and assistant trainer Robin Smullen.

“I tried not to get wrapped up in that and try and make different decisions,” Tagg said. “We had one way of bringing the horse along and it was certainly working. It worked from the very beginning. I couldn’t see any sense in changing it. I could have turned him out for two weeks and brought him back in and started it over again and that kind of stuff. I thought, ‘Why do it? We don’t know when they’re going to open up.’ … So you had to just keep on the plan.”

Aaked if he was ever worried about Tiz the Law getting aggressive during his training in the week leading up to the Belmont Stakes, the veteran Tagg said it was nothing new.

“I never worried about any of that,” Tagg said. “He’s always a good feeler. He gets aggressive like that. He’s an aggressive colt. He’s not like a teddy bear. He’ll bite you or kick you or whatever he wants to do. You just have to be a little careful. That’s why we keep two men on the shanks with him. You don’t have to be severe with him or anything, you just have to keep him in line. We’re glad to see the energy.”

After it served him well Saturday, Tiz the Law was back in the barn Sunday in good health.

“He came out of the race great,” Smullen said Sunday at Belmont Park. “He ate up and then he came out and grazed for an hour. His legs are good, his attitude and energy are good.”

Tiz the Law will walk the next three days and graze in the afternoons before starting to jog, then gallop, then breeze a half mile 10 days later if he continues to respond well. Tagg has the winning formula and it doesn’t sound like he plans on changing it any time soon as he begins to look toward the next race on the unusual schedule.

“I’ve never won the Travers and I want to win it,” Tagg said Sunday. “It’s very important to me.”

Meghan Markle and Prince Harry could put US dream on hold...