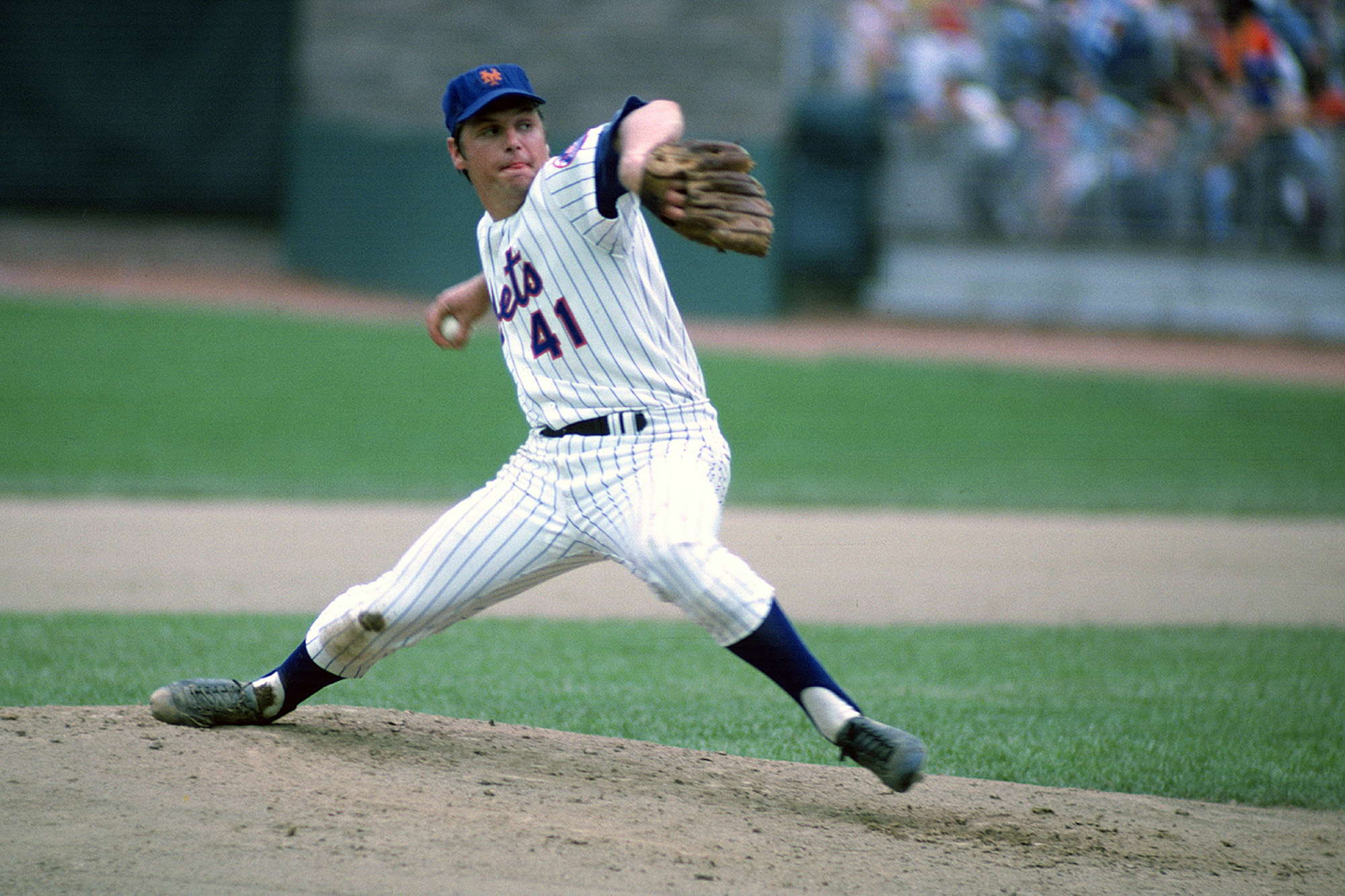 The Franchise has taken the great mound in the sky.

Mets legend Tom Seaver died on Monday at the age of 75, passing in his sleep because of complications of dementia and Lyme disease, the Mets confirmed on Wednesday.

“We are heartbroken to share that our beloved husband and father has passed away,” wife Nancy Seaver and daughters Sarah and Anne told the Baseball Hall of Fame. “We send our love out to his fans, as we mourn his loss with you.”

Seaver, also known as “Tom Terrific,” won 311 games over a 20-year career, including a franchise-record198 with the Mets from 1967-77. He was a five-time 20-game winner. His time with the Mets came to an end with a trade to the Red, widely known as “The Midnight Massacre.”

He retired in 1987 with a Hall of Fame resume: he won the 1967 NL Rookie of the Year award, three Cy Young awards and was a 12-time All-Star. His exploits as a member of the 1969 World Series-winning “Miracle Mets” are baseball legend.

“We are devastated to learn of the passing of Mets Legend and Baseball Hall of Famer Tom Seaver,” Mets owners Fred and Jeff Wilpon said in a statement. “Tom was nicknamed “The Franchise” and “Tom Terrific” because of how valuable he truly was to our organization and our loyal fans, as his #41 was the first player number retired by the organization in 1988. He was simply the greatest Mets player of all-time and among the best to ever play the game which culminated with his near unanimous induction into the National Baseball Hall of Fame in 1992.

“Beyond the multitude of awards, records, accolades, World Series Championship, All-Star appearances, and just overall brilliance, we will always remember Tom for his passion and devotion to his family, the game of baseball, and his vineyard.”

Seaver retired from public life in 2019 after his dementia diagnosis.

In March of 2019, the Mets named a seven-block stretch of street outside Citi field for him, along with a statue and changing the stadium’s permanent address to 41 Seaver Way.