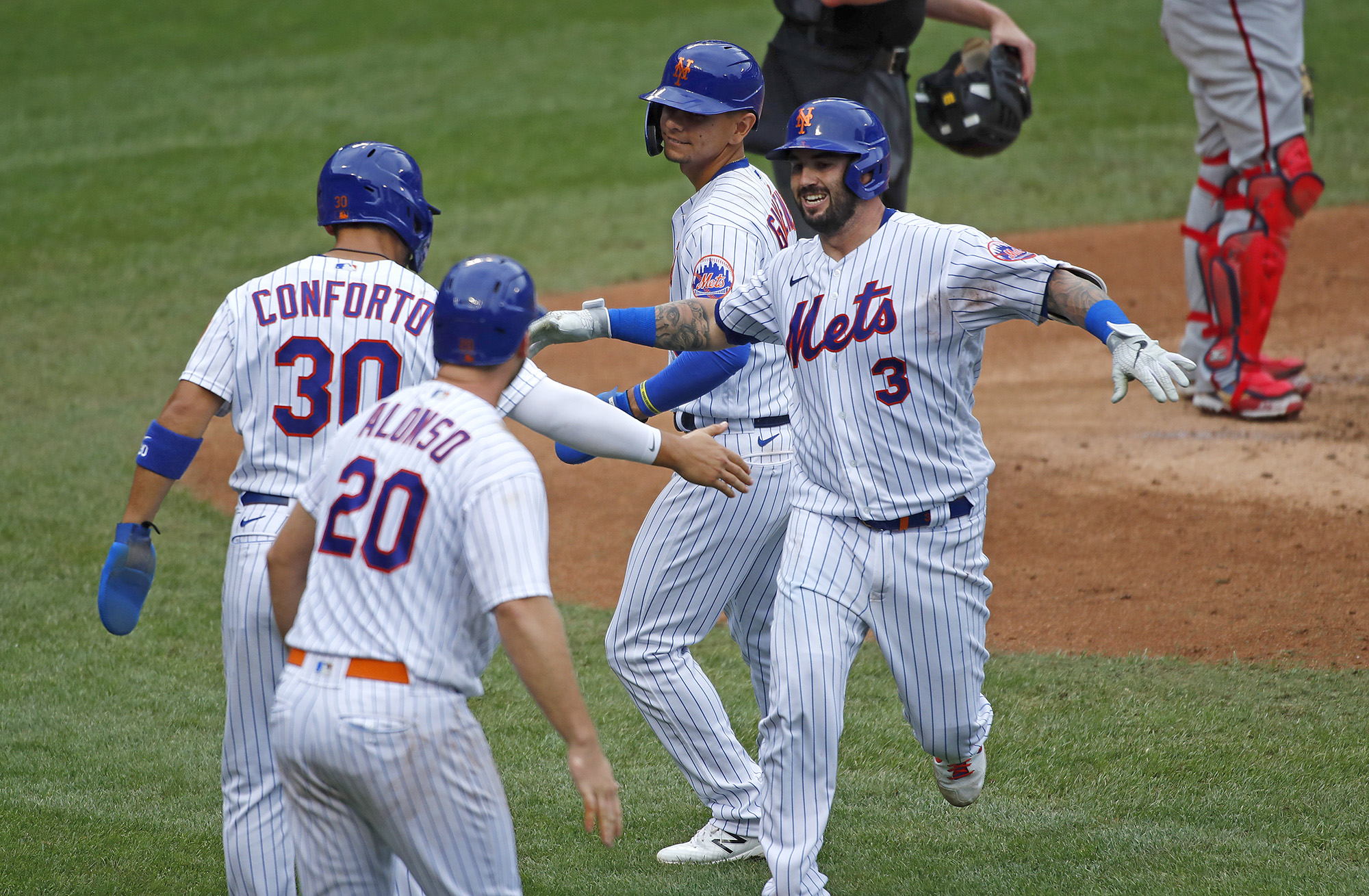 Tomas Nido all but announced he was the Mets player who tested positive for COVID-19.

The team’s backup catcher posted a photo of himself in uniform on Instagram and wrote: “Missing being out there with my brothers! Can’t wait to get back out on the field soon. Wear your mask and stay safe, this virus will strike when you least expect it! Be back soon.” He added the hashtags #fcovid #lfgm

Starting catcher Wilson Ramos commented on the photo, “We miss you bro!!!!!”

Last Thursday, the Mets-Marlins game in Miami was postponed after a Mets player and coach tested positive for the virus. The Yankees-Mets series over the weekend was also postponed as the Mets — who swept a doubleheader against the Yankees in The Bronx on Friday — went through daily testing and isolation.

On Tuesday, they placed Nido and infielder Andres Gimenez on the injured list for undisclosed reasons and activated Gimenez on Friday. Third base coach Gary DiSarcina and bench coach Hensley Meulens were also not at Citi Field on Tuesday, though Meulens has since returned. General manager Brodie Van Wagenen said on Tuesday that four players or coaches who tested negative were in close contact with those infected.

The team has declined to comment on a time frame for a possible return for Nido or what protocols Gimenez had to pass to rejoin the team. The 26-year-old Nido, known for his defense, was performing well offensively before his hiatus, batting .292 with two home runs and six RBIs in 25 at-bats. Ali Sanchez made his second start in place of Nido in the second game of Friday’s doubleheader against the Yankees.