The fashion craze for trendy quartz kitchen and bathroom counter tops is putting workmen at risk of a ‘new asbestos’ disease that can lead to chest infections, heart failure and lung cancer.

Almost 40 per cent of masons who worked on the stone developed lung problems nine years afterwards, even if they had moved jobs, a study has revealed.

And a quarter suffered from a decline in lung capacity over the same period.

The illness was caused by inhaling silica dust, released when the colourful stones are sliced open, which can trigger incurable scarring of the lungs – a disease dubbed silicosis. 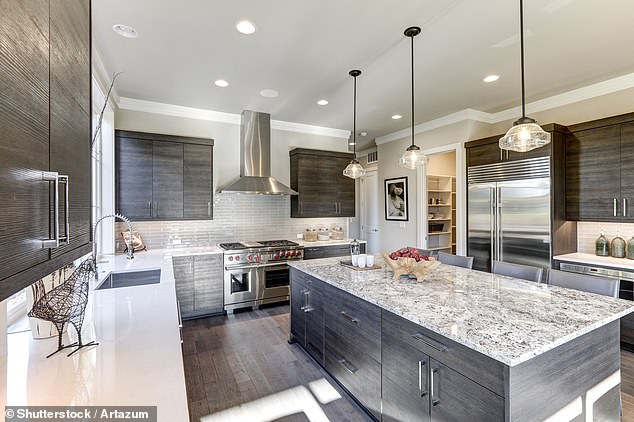 Trendy quartz worktops used in kitchens and bathrooms are putting workmen at risk of a ‘new asbestos’ disease that can lead to lung problems and chest infections. (stock image) 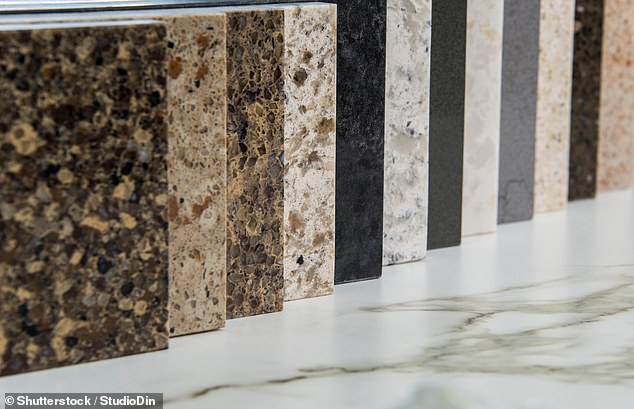 Slicing through the stone releases silica dust, which causes permanent scarring of the lungs 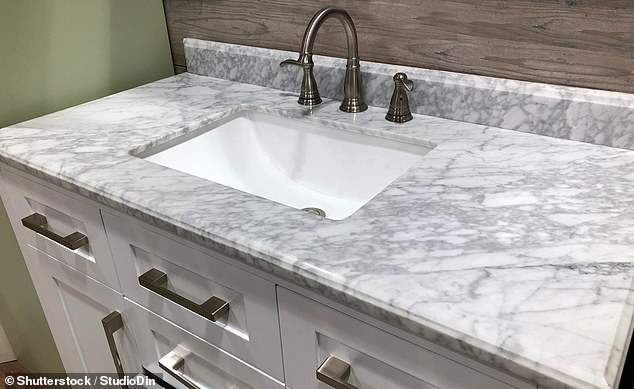 Demand for the stone – which can sell for £10,000 a worktop – has surged, putting more workmen at risk from the disease. (stock image)

To reveal the devastating impact of the stone, the study followed 106 masons in southern Spain. All were taking protective measures against the stone.

They were all tested in 2009, which found that 6.6 per cent were suffering from massive pulmonary fibrosis.

The workers were tested annually up until 2018, by which time the number suffering from health issues related to their work had more than quadrupled.

The study, published in journal CHEST, also found that four years after exposure to the dust ended, the decrease in lung capacity began to slow.

Silicosis is considered to be one of the world’s oldest occupational diseases, suffered by the ancient Greeks and Romans.

Its incidence had fallen in high-income countries, due to a reduction in mining activities and implementation of better protective measures. 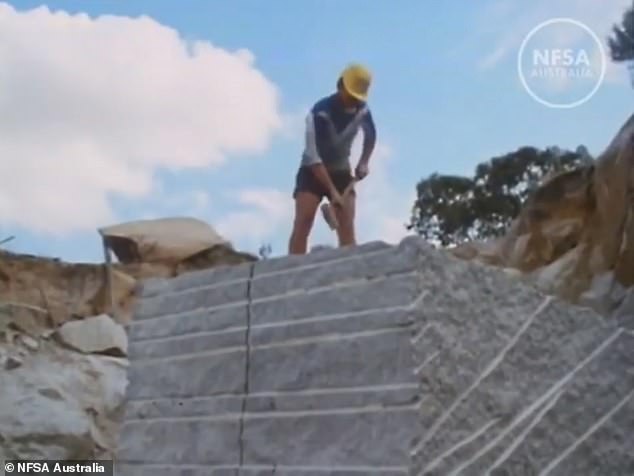 Silicosis, caused by the stone, is one of the oldest occupational diseases. It was thought to be on the decrease, but a rise in demand for quartz has reversed this in some countries

The disease can lead to lung problems. This x-ray shows an abnormal mass in the lungs, which may be metastatic cancer or a primary tumour, that can be caused by the disease

What is the ‘new asbestos’ silicosis?

How is it caused?: Silica dust inhaled when cutting stone like quartz is attacked by the body’s immune system. This causes swelling and scarring on the lungs.

Symptoms?: A persistent cough, shortness of breath and weakness or tiredness.

How is it treated?: Doctor’s say there is no cure for the disease as lung damage can’t be reversed.

However, risk from it can be lowered by avoiding further exposure to silica dust, not smoking and having regular checks.

Who’s at risk?: People in stone masonry, construction and demolition, pottery, glass manufacture, mining and quarrying and sand blasting are at risk.

But a surge in demand for quartz worktops – which can fetch up to £10,000 each, a higher value than traditional granite or marble – has lead to a resurgence of the disease.

Measures adopted to reduce the concentration of dust, such as water suppression and exhaust ventilation techniques, have been implemented but harmful levels are still documented in workplaces.

‘Avoiding the continued inhalation of silica is essential but is not enough,’ he said.

‘The majority of patients are young people and the progression of the disease, in a significant number of them, foreshadows an uncertain future.

‘Our findings emphasise the need to maximise protective measures in active patients and to find new treatments that may delay or curb the progression of the disease.’

In an accompanying editorial Robert Cohen and Leonard Go from the University of Illinois, who were not involved in the study, said: ‘Given the toxicity of this material and the rising human cost of its use, if engineering controls cannot limit worker exposure to hazardous concentrations of the (dust), a ban on (working the stone) needs to be considered.

‘Colourful countertops are not worth the price paid by these workers.’

Silicosis was declared an occupational epidemic in Australia in 2019, and a rise in cases has also been recorded in China and the US.

Trevor Bauer reminds everyone that the Astros cheated

Trevor Bauer reminds everyone that the Astros cheated