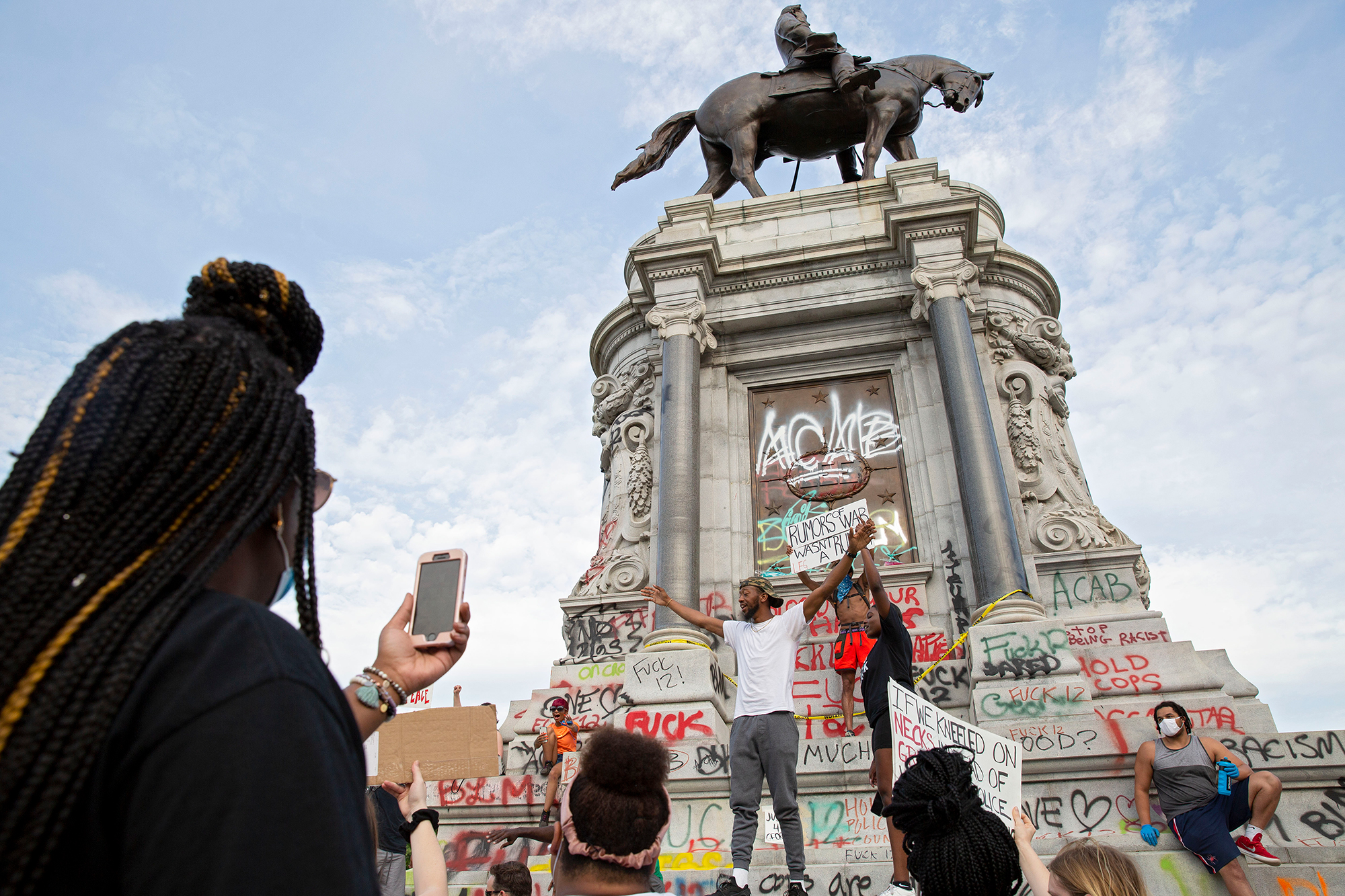 A trial is scheduled to begin in Virginia on Monday in a lawsuit by a group of residents seeking to prevent Democratic Gov. Ralph Northam from removing a statue of Confederate Gen. Robert E. Lee.

The Richmond residents filed the suit after the governor ordered the removal of the 21-foot bronze equestrian sculpture on historic Monument Avenue amid the unrest caused by the police custody death of George Floyd.

The plaintiffs argue the governor has no authority to remove the statue erected in 1890 in the former Confederacy capital — and that doing so would violate restrictive covenants in deeds that transferred the statue, its pedestal and the land they sit on to the state.

Virginia has argued it cannot be forced in perpetuity to maintain a statue Attorney General Mark Herring has called a “divisive, antiquated relic.”

Herring rep Charlotte Gomer said she expects the judge may hear arguments on the motions both sides have filed seeking summary judgment before moving on to witness testimony.

It was unclear whether Circuit Court Judge W. Reilly Marchant might rule from the bench. In August, he took a week before issuing a ruling on the state’s motion to dismiss the case.

Monument Avenue’s other large Confederate statues, which all sat on city property, were either toppled by protesters or removed by contractors working for the city.

Amid weeks of nightly protests, Mayor Levar Stoney ordered the statues removed, invoking his authority under a local emergency order.

The Lee statue’s pedestal has been covered by colorful and constantly changing graffiti, many of the messages profanely denouncing police and others demanding an end to racism and inequality.

On Friday, Northam’s spokeswoman said a decision has not yet been made about what will be done with the pedestal.

Facebook
Twitter
Pinterest
WhatsApp
Previous articleFemale fighter pilot says she 'chose not to be a victim' after being discouraged from military
Next articleWith Van Dijk set to miss rest of the season, it's time for Gomez and Matip to step up for Liverpool