Massachusetts Governor Charlie Baker has issued a fun size Halloween candy ‘ban’ as he backed a nine-year-old who wrote to him saying people should only hand out king-size bars to trick-or-treaters to stop the spread of coronavirus.

The unidentified child penned a heartwarming handwritten letter to the governor thanking him ‘for not canceling Halloween’ and making a clever suggestion for ensuring the holiday tradition of trick-or-treating can be carried out safely amid the pandemic.

Their idea was that everybody should leave out king size candy bars so children take one rather than fishing around with their hands and touching multiple pieces of candy.

‘It would be better for corona,’ the child reasoned.

The apparent ploy to save the holiday – and bag some extra candy in the process – comes as the rumbling-on of the coronavirus pandemic threatens to derail the spooky season. 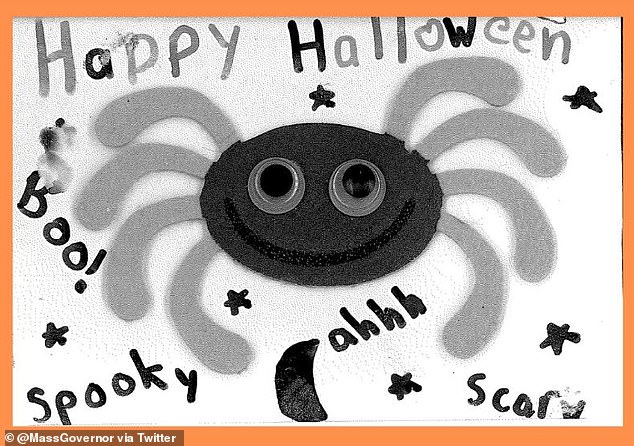 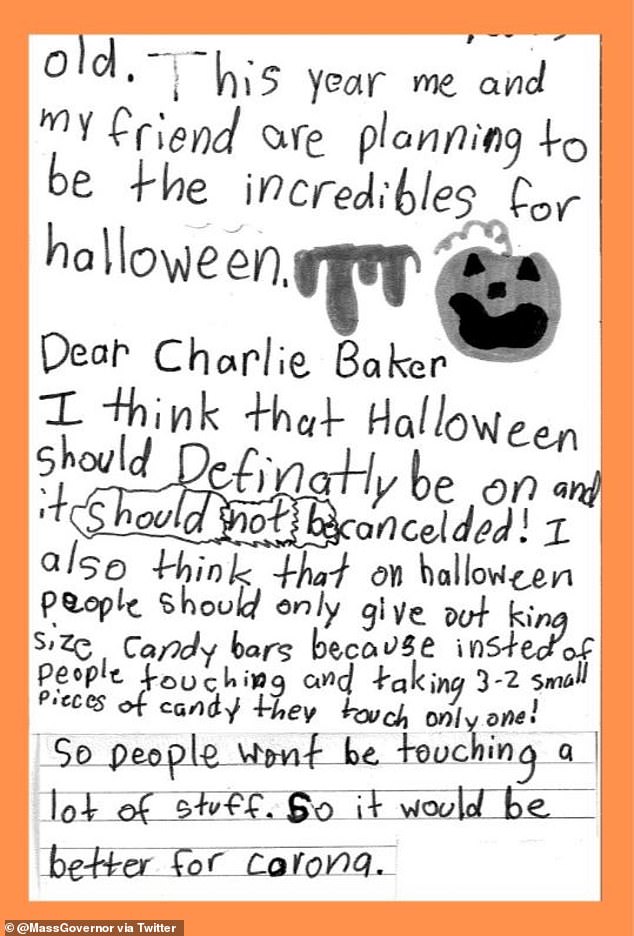 A Massachusetts trick-or-treater, 9, has penned a heartwarming handwritten letter to Governor Baker asking him to save Halloween and suggesting everybody should leave out king size candy bars because ‘it would be better for corona’

‘Dear Charlie Baker, I think that Halloween should Definatly [sic] be on and it should not be cancelded! [sic],’ the child wrote in the sweet letter which was decorated with a smiling spider, pumpkins and the cheery phrase ‘Happy Halloween’.

‘I also think that on halloween people should only give out king size candy bars because instead of people touching and taking 3-2 small pieces of candy they touch only on!

‘So people won’t be touching a lot of stuff. So it would be better for corona.’

The unidentified child added that they and a friend were planning to dress up as The Incredibles characters this year.

Baker read out the young constituent’s entrepreneurial idea in a press conference Wednesday afternoon in Salem.

‘It was written with a crayon, but it was quite clear,’ Baker said. 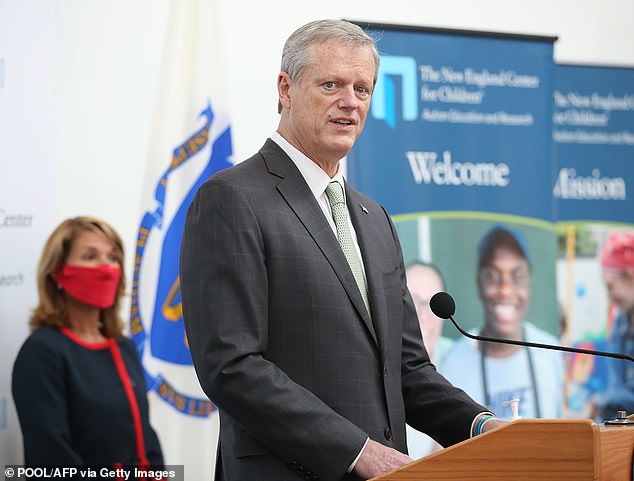 ‘It said, “Governor Baker, I want to thank you for not canceling Halloween. And I think the best thing you can do to make sure that people really limit their exposure to each other when they’re out is to tell everybody that they should give out one large candy bar, instead of those baskets of many small candy bars, because then kids won’t put their hands in and fish around for them.”‘

Baker said the handwritten note was a ‘pretty clever way of promoting an idea in the context of all the rest of this.’

The governor later shared the child’s plea to save Halloween on social media calling it a ‘great suggestion’. 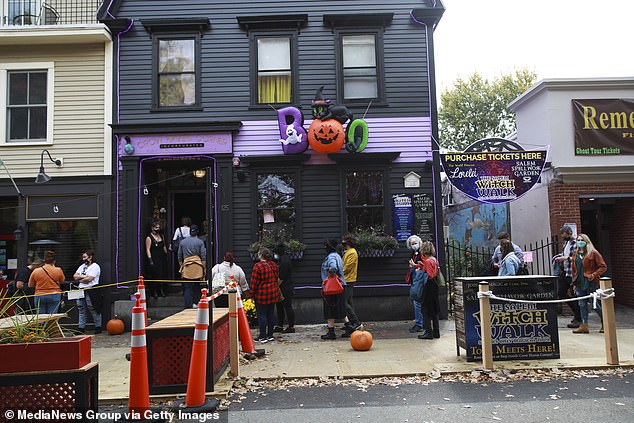 Baker announced earlier this month that he would not be issuing a state-wide ban on trick-or-treating or Halloween celebrations. Pictured Salem decorated for Halloween this year

‘As you may have heard at today’s press conference, I received a great suggestion from a young trick-or-treater as we approach 2020’s Halloween in the Commonwealth: king-sized candy bars,’ the governor wrote alongside photos of the note.

Baker announced earlier this month that he would not be issuing a state-wide ban on trick-or-treating or Halloween celebrations.

The governor instead handed the powers to individual towns and cities to set rules for their residents and visitors.

Massachusetts is home to Salem which plays host to some of the biggest Halloween celebrations nationwide, drawing in hundreds of thousands from far and wide each year to the city known for its Witch Trials.

Salem officials canceled several Halloween events back in August, including the Salem Food Truck Festival and Haunted Happenings Grand Parade, but said residents and visitors can still celebrate the holiday as long as they comply with COVID-19 safety precautions. 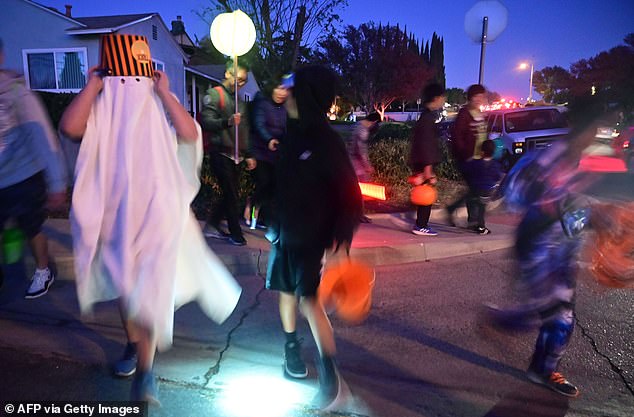 The CDC issued guidance advising Americans how to enjoy the Fall holiday celebration as safely as possible amid the pandemic.

It states that many traditional Halloween activities including trick-or-treating are ‘high-risk’ for spreading the virus.

The agency suggests revelers opt for lower-risk options for 2020 including pumpkin carving with members of the same household, a virtual Halloween costume contest or a Halloween movie night with people you live with.

For those who want to continue with the trick-or-treating tradition, the CDC suggests what it calls ‘one-way trick-or-treating’ where individually wrapped goodie bags or candy is left lined up at the end of a driveway or yard for children to grab and go while social distancing.

Facebook
Twitter
Pinterest
WhatsApp
Previous articleTerry O'Connor is cleared of any wrongdoing following claims he was on his PHONE during Ritson win
Next articleEverything we know about Remdesivir, the FDA-approved COVID-19 treatment drug

An Oklahoma ICU nurse has said she and her family was left reeling after she lost her husband and mother to coronavirus just...
Read more
U.S

A Republican congressman said Wednesday that he will challenge the outcome of the presidential election when Congress votes to confirm the Electoral College...
Read more

Even though the coronavirus vaccine has met strict standards of safety, quality and effectiveness set out by the independent Medicines and Healthcare products...
Read more
Load more