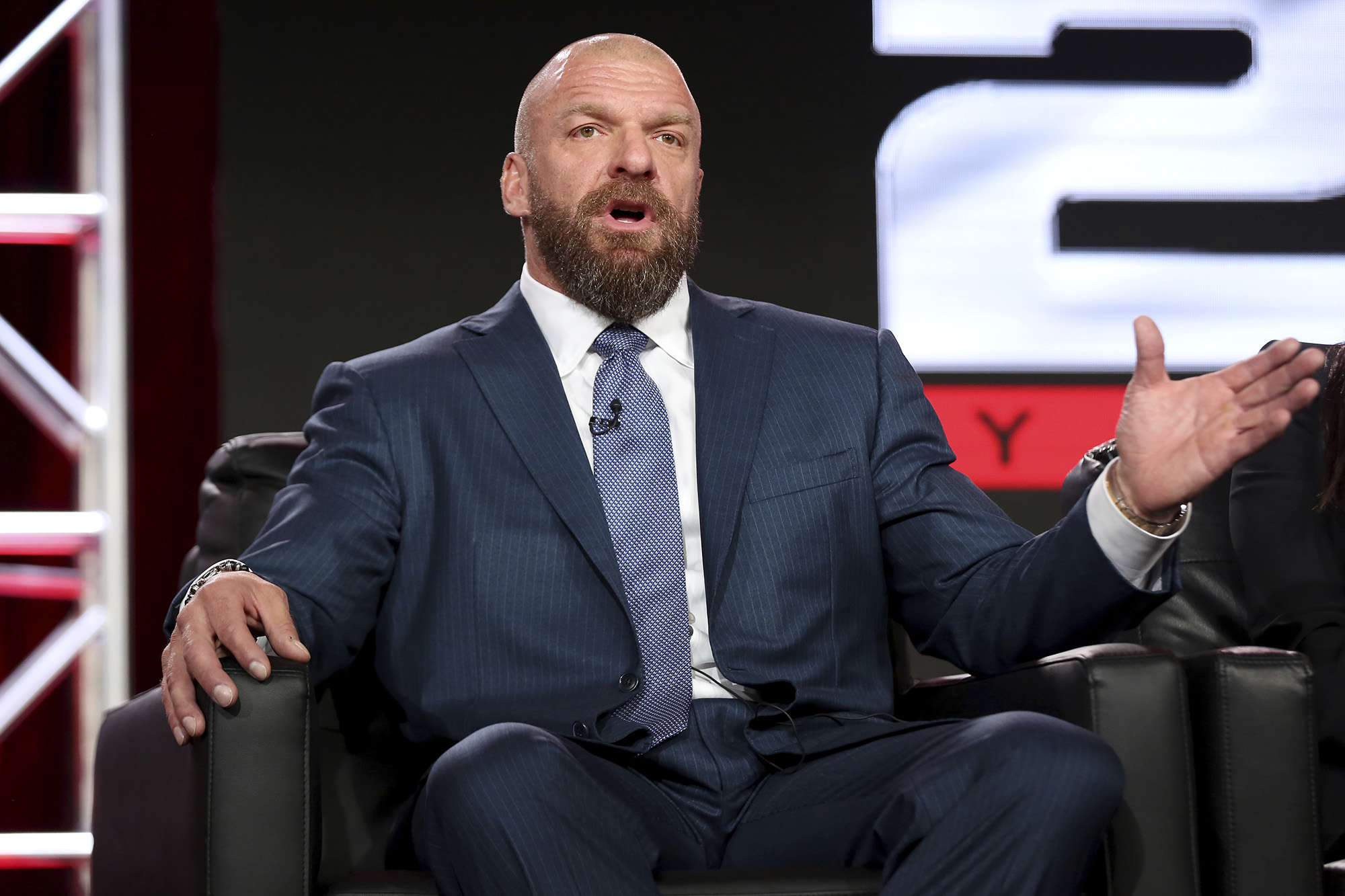 Paul “Triple H” Levesque describes WWE’s return to television production as “a shell game” in terms of “moving pieces around.”

The company announced late Monday night that a member of its developmental talent who was at the wrestling company’s training center in Orlando last week had tested positive for coronavirus and it was shutting down production on Tuesday in order to test all of the talent and on-site employee for COVID-19. It left WWE reportedly looking to film as many as seven shows Wednesday, including its live NXT broadcast for USA Network. Both Raw and SmackDown are also being shot at the Performance Center.

Levesque, who is also executive vice president, global talent strategy and development for the company and in charge of NXT, said WWE planned for both and the best and worst-case scenarios as far as having talent cleared to shoot after the testing was done.

He said around 300 people were tested – including the wrestlers, staff and the production crew between Monday and Wednesday. It led to Wednesday’s shooting schedule to constantly be in flux.

“The ambitious schedule becomes, this is ambitious but man there are a key group of people that we don’t have yet because they haven’t been cleared yet, so it just becomes this, ‘Man we’re all here hurry up and wait,’” Levesque told The Post during an interview to promote Sunday morning’s final episode of “The Last Ride” on the WWE Network. “Well we can do this, well we can do that, but we don’t have this. At the same point in time, we have a live NXT that night that’s got to go on the air live and we’re gonna do it live and we’re [all] in the same place. We’re waiting to get results and numbers. We’re waiting for them to see if they’re gonna get to shoot and if they’re gonna get to shoot Raw how long that’s gonna take because it’s like having dominoes set up, you take one out it changes the whole landscape.

“Everything was a bit of a waiting game, a cluster, a bit of a shell game moving pieces around and doing the best you can, and that’s what the last few months have been, us doing the best we can in this environment, with first and foremost keeping everybody’s health and safety in the forefront and evolving to however we can make that the first priority, which I think we’ve done a really excellent job on even this environment.”

This marked the first time WWE, which has now had two reported coronavirus cases, had officially tested its wrestlers and staff for COVID-19 during the pandemic. Vince McMahon’s company has been running shows without fans at the Performance Center for roughly three months. Previously, WWE had been administering temperature and general health checks to everyone entering the closed set productions and insured social distancing was maintain backstage along with other coronavirus guidelines.

Levesque said the company is constantly working with its medical team, and CDC recommendations all while “always changing and shifting the protocols” to whatever is the “most advanced” at that moment.

“The true [coronavirus] testing that we did this past week is different than what’s been available before and what has been readily available and recommended,” he said. “In this moment, doing what we were doing, these are the higher-end test that takes a lot longer to do, we’re in a place with a lab that can do them much more quickly, but it’s only become available when I say recently, like recently, so those are different scenarios. We are constantly evolving. We are on this every day working with what the best [precautions are], and people can make arguments on both sides what’s the right steps and what’s not.”

WWE’s first reported coronavirus case was in April, when an on-screen talent who is not a wrestler tested positive. WWE said at the time the employee became symptomatic after exposure to two health care professionals and had no contact with anyone within the company. The person fully recovered. The UFC and All Elite Wrestling began testing their talent, staff and crew for shows starting in May.

WWE’s most recent case involved a developmental talent who was standing around the ring behind hockey-style glass as a member of the “crowd.” A select number of friends and family were also allowed to attend and WWE, which is considered an essential business in Florida, said in a statement that those people were never told they could not wear a mask.

“These individuals were required to participate in medical screenings prior to entering the closed set at our training facility, and were kept apart from in-ring performers and production personnel,” WWE said Tuesday. “Attendance was below 20% capacity and social distancing guidelines were adhered to with at least six feet between parties, thus face masks were not required.”

Tiger Woods’ agonizing decision to stay away from PGA Tour

5.4 million Americans have lost their health insurance. What to do...

5.4 million Americans have lost their health insurance. What to do...